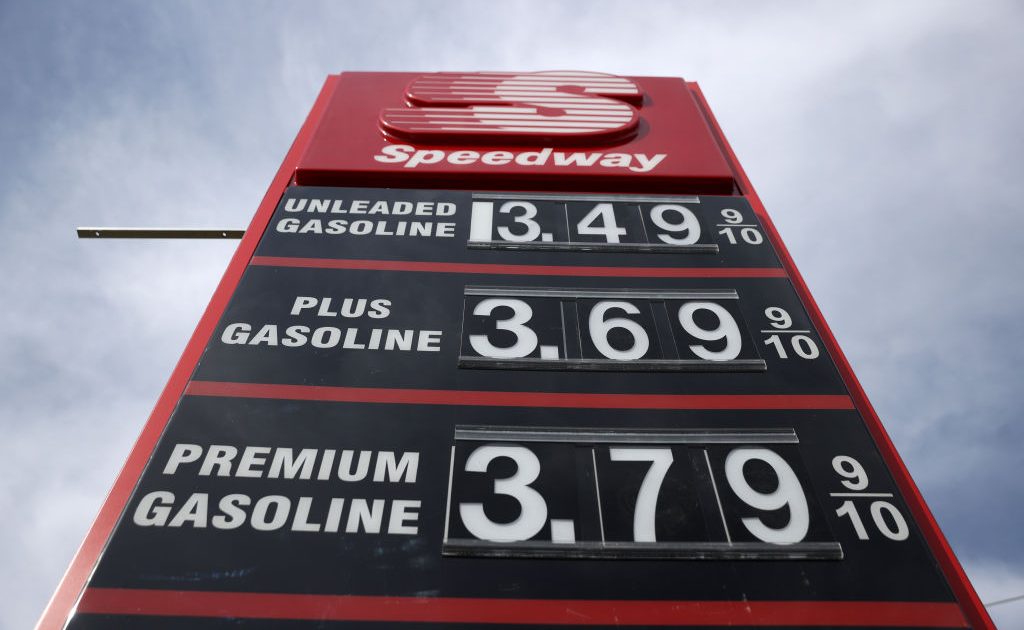 UPDATED 7:30 AM PT – Sunday, March 14, 2021
Crude oil prices are set to reach levels that have not been seen since 2014. According to recent reports, a barrel of crude oil now runs around $65 with analysts saying they could see that number rise above $100 in the next six to 12 months.
In the meantime, U.S. gas prices have risen more than 20 percent between January and March. Analysts said OPEC is not likely to increase oil production until they reach a five year oil supply average, which could happen sometime in the summer.

MARTINEZ, CALIFORNIA – MARCH 03: Gas prices are displayed at a 7-11 gas station across from the Shell refinery on March 03, 2021 in Martinez, California. (Photo by Justin Sullivan/Getty Images)

“We don’t see any supply increase until October, which means the price of oil can run pretty handily from here,” Nancy Tengler of Laffer Tengler Investment. “Our expectations are somewhere around $80 a barrel in the summer, so, that’s bullish for most of the oil stocks.”
OPEC members agreed to cut production after crude oil prices dropped dramatically during 2020. This was driving largely by a lack of demand during the economic drop-off.