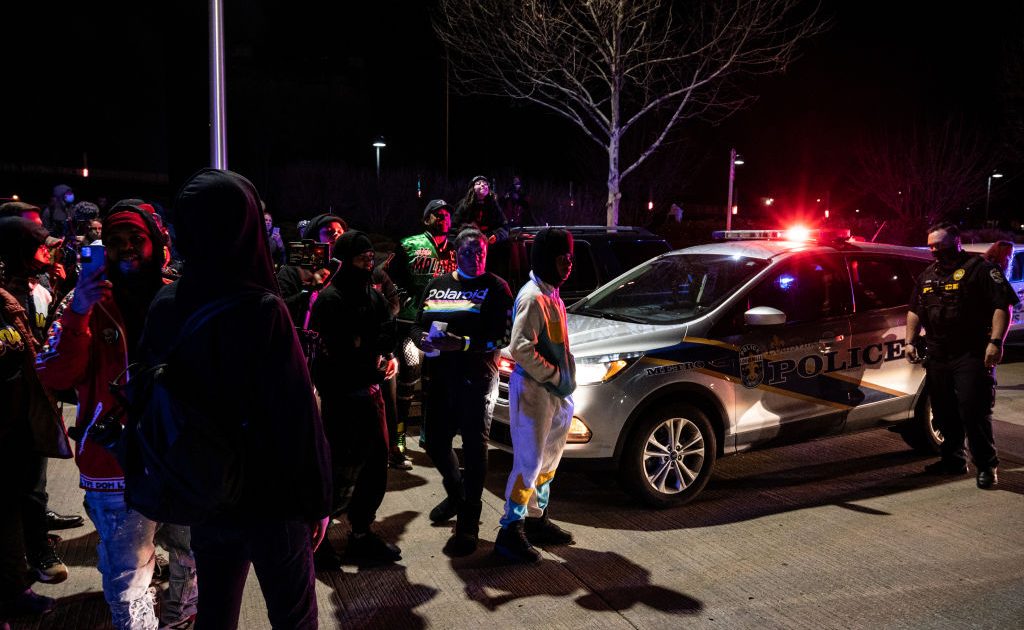 UPDATED 6:45 AM PT – Sunday, March 14, 2021
West Coast cities clashed with police as they rioted on the anniversary of the death of Breonna Taylor. Los Angeles, Portland and Seattle were among the cities that rioted Saturday, smashing store windows and throwing rocks at police officers.

At least one officer was injured during the riots as Seattle’s authorities reported around 13 arrests were made. Meanwhile, some protesters in Taylor’s hometown of Louisville, Kentucky said the protests are far from over.

Tamika Palmer, center, the mother of Breonna Taylor, leads a march through the streets of downtown Louisville on the one year anniversary of her death in Louisville, Ky., Saturday, March 13, 2021. To her right is attorney Ben Crump. (AP Photo/Timothy D. Easley)

“We can’t stop,” Louisville protester Keturah Herron said. “We have to keep going and we cannot rest. Breonna was not able to rest, so we should not be able to rest until people are held accountable for the murder.”
Los Angeles: #Antifa held a violent protest to honor Breonna Taylor. It was organized by the local cell for the Youth Liberation Front. The same organization organized the riots in Portland and Seattle last year. #AntifaRiots pic.twitter.com/A53zSafV9H
— Andy Ngô (@MrAndyNgo) March 14, 2021However, despite their claims, the investigation has continued and none of the officers involved in the case have been charged in connection with Breonna Taylor’s death.