Yellen: Passage of COVID relief bill will get labor market back on track despite inflation fears 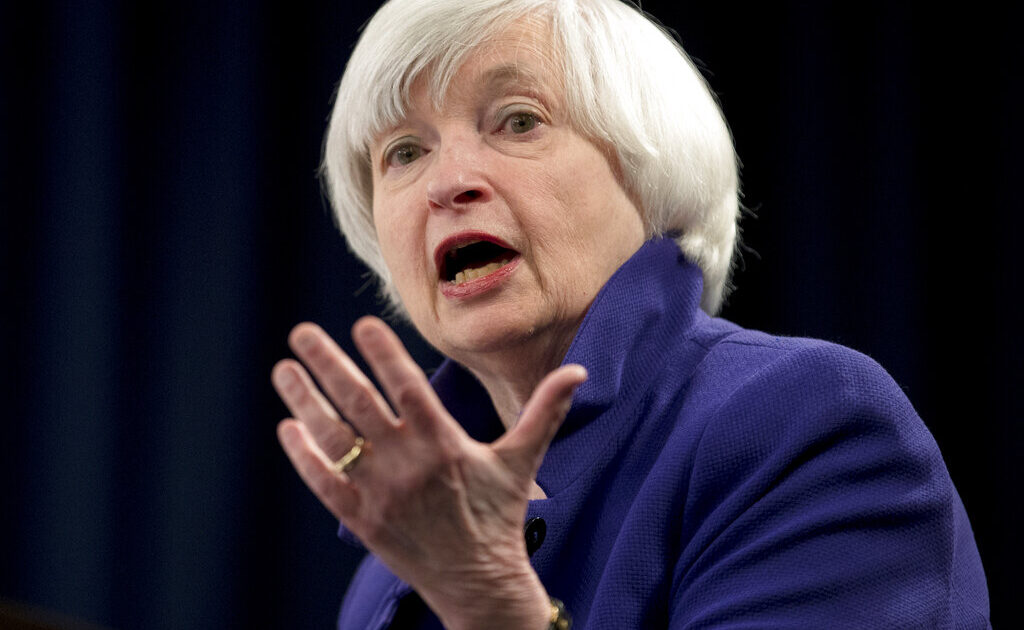 UPDATED 12:45 PM PT – Monday, March 8, 2021
Treasury Secretary Janet Yellen is banking on the COVID relief bill to get the country back on track, while downplaying concerns of inflation.
During an interview with the International Monetary Fund on Monday, Yellen claimed the measure would “fuel a very strong economic recovery.”
[STARTING NOW] A conversation on women, work, and leadership
with @KGeorgieva and @JanetYellen. #ChooseToChallenge #IWD2021 #Womenonmicshttps://t.co/4zclgh7FuG
— IMF (@IMFNews) March 8, 2021The $1.9 trillion relief bill is expected to pass the House on Tuesday, likely along party lines. Yellen’s comments came amid renewed fears that the stimulus package will increase inflation and further add to the growing national debt.
“We’re hoping that this week a large pandemic package is going to be passed in Congress,” Yellen stated. “I think there’s a prospect that with an all-out effort on vaccination and reopening schools, that we can really get the labor market back on track later this year or next year.”
The Senate took a critical step today.
With the economy down 9.5 million jobs since February 2020, it could be 2 years before the labor market simply reaches its pre-pandemic level. These high rates of job loss threaten the wellbeing of workers & their families.
— Secretary Janet Yellen (@JanetYellen) March 6, 2021Republicans have criticized the bill for measures that would bail out blue states floundering amid lockdown orders and allocate money to schools without guarantees of them reopening for in-person learning.

Original Story: Yellen: Passage of COVID relief bill will get labor market back on track despite inflation fears