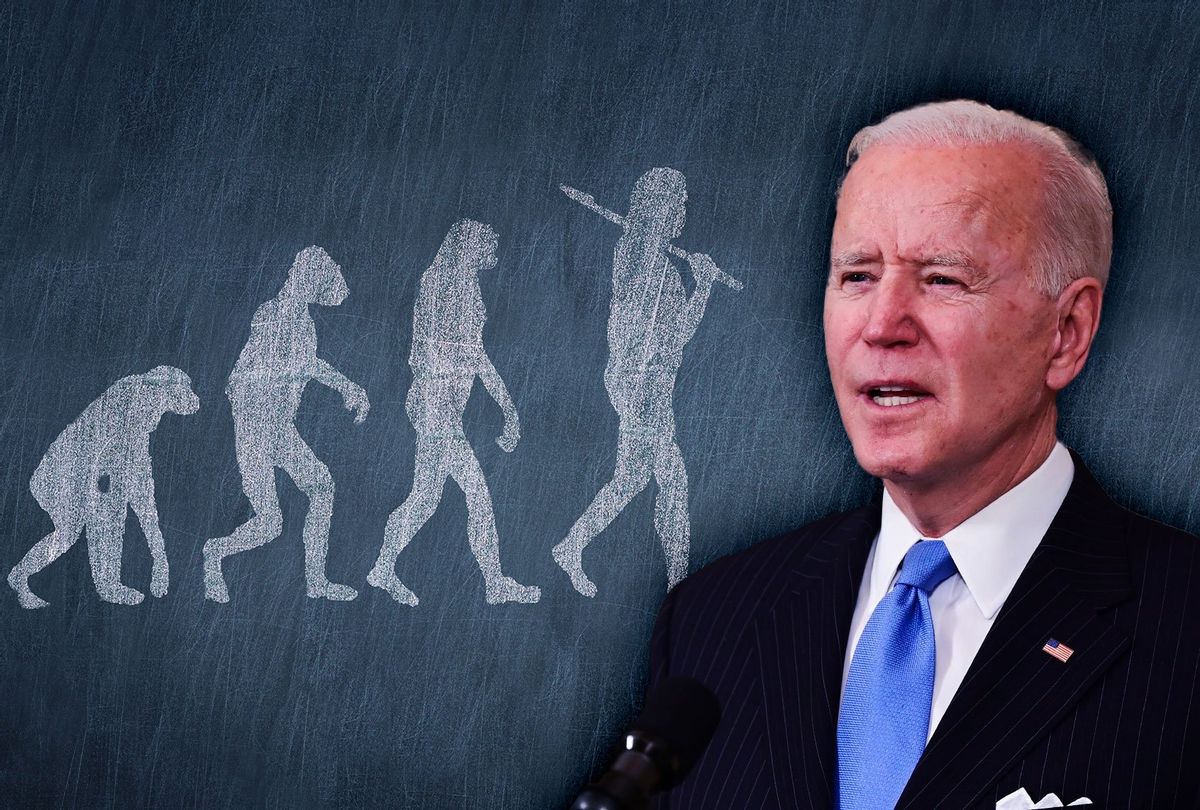 In Biden’s America, putting coronavirus-positive immigrants on bus trips across America is perfectly fine, but taking off your mask is “Neanderthal thinking.”
White House Cuts Live Feed Before Questions.
The White House promptly cut a live feed yesterday after President Joe Biden announced that he’d be happy to take questions from Democratic lawmakers.
🇺🇸 — WATCH THIS: The White House cut a virtual event feed earlier after President Biden says he’s “happy to take questions” from House Democrats. pic.twitter.com/nnvWT4yyPd
— Belaaz (@TheBelaaz) March 4, 2021
Biden Calls Mask Skepticism “Neanderthal Thinking.”
Only a “Neanderthal” would question the efficacy of mask-wearing at this point, according to Biden. (This, on the one year anniversary of the weekend Anthony Fauci told the world that mask wearing wasn’t necessary, by the way).
Happy anniversary to one of the worst takes ever.
One year ago today, Dr. Fauci went on 60 Minutes and said you didn’t need to wear a mask.
“Right now in the United States, people should not be walking around with masks. … There’s no reason to be walking around with a mask.” pic.twitter.com/dTfjoxWFjf
— Steve Guest (@SteveGuest) March 8, 2021
Following announcements that Mississippi Gov. Tate Reeves and Texas Gov. Greg Abbott would take actions to reopen their states, including rescinding former mask mandates and restrictions on business occupancy, Biden called it a “big mistake.”
“The last thing we need is Neanderthal thinking that, in the meantime, everything’s fine, take off your mask, forget it,” Biden said.
Abbott responded to the charge on Thursday morning:
“The Biden administration has been releasing immigrants in South Texas that have been exposing Texans to Covid. Some of those people have been put on busses, taking that Covid to other states in the United States,” Abbott told CNBC. “That is Neanderthal-type approach to dealing with the Covid situation.”
Abbott added that the changes being made in Texas are not a dramatic step, as Texas’ mask “mandates” have not been enforced, only recommended.
READ: 1 In 20 Asylum Seekers Test Positive For COVID At US Border.
Biden Releases Interim National Security Strategic Guidance.
Biden on Wednesday released his Interim National Security Strategic Guidance document outlining his priorities for national security policy—”how the United States can seize what we view as a once-in-a-generation opportunity to renew America’s advantages at home and abroad,” press secretary Jen Psaki said.
Secretary of State Antony Blinken also delivered supporting remarks entitled “A Foreign Policy for the American People.”
“For some time now Americans have been asking tough but fair questions about what we’re doing, how we’re leading—indeed, whether we should be leading at all.”
“Some principles are enduring. One is that American leadership and engagement matter… Another enduring principle is that we need countries to cooperate, now more than ever.”
“First, we will stop COVID-19 and strengthen global health security.”
“Second, we will turn around the economic crisis and build a more stable, inclusive global economy.”
“Third, we will renew democracy, because it’s under threat… But the erosion of democracy is not only happening in other places. It’s also happening here in the United States. Disinformation is rampant here. Structural racism and inequality make life worse for millions.”
“We will not promote democracy through costly military interventions or by attempting to overthrow authoritarian regimes by force.”
“Fourth, we will work to create a humane and effective immigration system.”
“Fifth, we will revitalize our ties with our allies and partners.”
“Sixth, we will tackle the climate crisis and drive a green energy revolution.”
“Seventh, we will secure our leadership in technology.”
“And eighth, we will manage the biggest geopolitical test of the 21st century: our relationship with China… Our relationship with China will be competitive when it should be, collaborative when it can be, and adversarial when it must be.”
On the use of military force, Biden’s strategy notes:
The United States will never hesitate to use force when required to defend our vital national interests… Military force should only be used when the objectives and mission are clear and achievable, when force is matched with appropriate resources and as part of an integrated strategy, when it is consistent with our values and laws, and with the informed consent of the American people.
0
0
Do you believe the “official” version of events on Jan 6th? *YesNoNot SureYour e-mail is required to confirm your vote. This is to stop spammers. If you use a fake email, your vote won’t be counted.
Email *
Submit