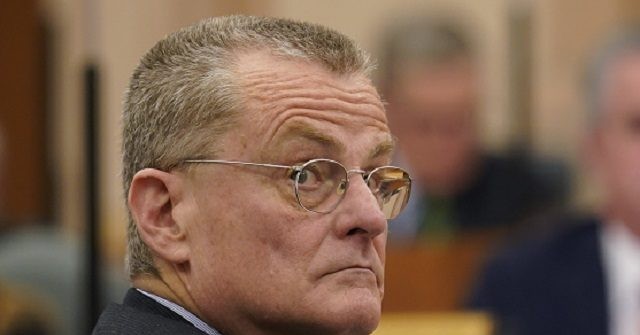 Texas Gives the Boot to CEO Managing Electrical Grid After Winter Storm Failures
156 AP Photo/Eric Gay
Bob Price
3 Mar 2021
The Electric Reliability Council of Texas (ERCOT) voted to terminate its CEO following the failures of the state’s electrical grid during the February winter storm. Millions of Texas were left in the dark and cold while dozens died from the frigid conditions.
The ERCOT Board of Directors voted six-to-one to fire CEO Bill Magness from his job as head of the organization, the Austin American-Statesman reported Wednesday night. The board handed down a 60-day notice of termination.
Texas Observer reported Magness draws an annual salary of $876,334 — just over $73,000 per month. His two-month notice of termination is worth nearly $150,000. During his testimony before the legislature, Magness put the number at $803,000
“During this transition period, Bill will continue to serve as President and CEO and work with state leaders and regulators on potential reforms to ERCOT,” according to a statement from the ERCOT board. “The ERCOT Board is expected to begin an immediate search for a new President and CEO, and will continue to discuss the transition plan at future meetings during this time period.”
Magness’s departure follows last week’s resignation of ERCOT Chairman Sally Talberg and four other leaders of the organization, Breitbart Texas reported.
The ERCOT board members who resigned effective February 24 are:
Sally Talberg — chair
Peter Cramton — vice chair
Terry Bulger — finance and audit chair
Raymond Hepper — human resources and governance committee chair
Vanessa Anesetti-Parra — market segment director
In addition to the five resignations, Craig Ivey withdrew his application to fulfill a vacant spot on the board, the Texas Tribune reported.
Magness testified before the Texas Legislature last week for more than five hours, the Texas Tribune stated. State senators chastised him and ERCOT for the lack of preparedness for the winter storm.
“ERCOT underestimated the maximum amount of power that would be demanded by homes, businesses and industry during a severe winter storm in its fall projections, and it overestimated the amount of power generation that would be available to the grid during such a storm,” the Austin news outlet reported.
The failures of the Texas electrical supply left millions of people without power — some for days — in frigid temperatures. The Dallas Morning News reports as many as 40 people may have died during the winter storm.
Bob Price serves as associate editor and senior news contributor for the Breitbart Texas-Border team. He is an original member of the Breitbart Texas team. Price is a regular panelist on Fox 26 Houston’s Sunday-morning talk show, What’s Your Point? Follow him on Twitter @BobPriceBBTX, Parler @BobPrice, and Facebook.
Border / Cartel ChroniclesLocalPoliticsBill MagnessERCOTTexasTexas Electrical Gridwinter storm
.