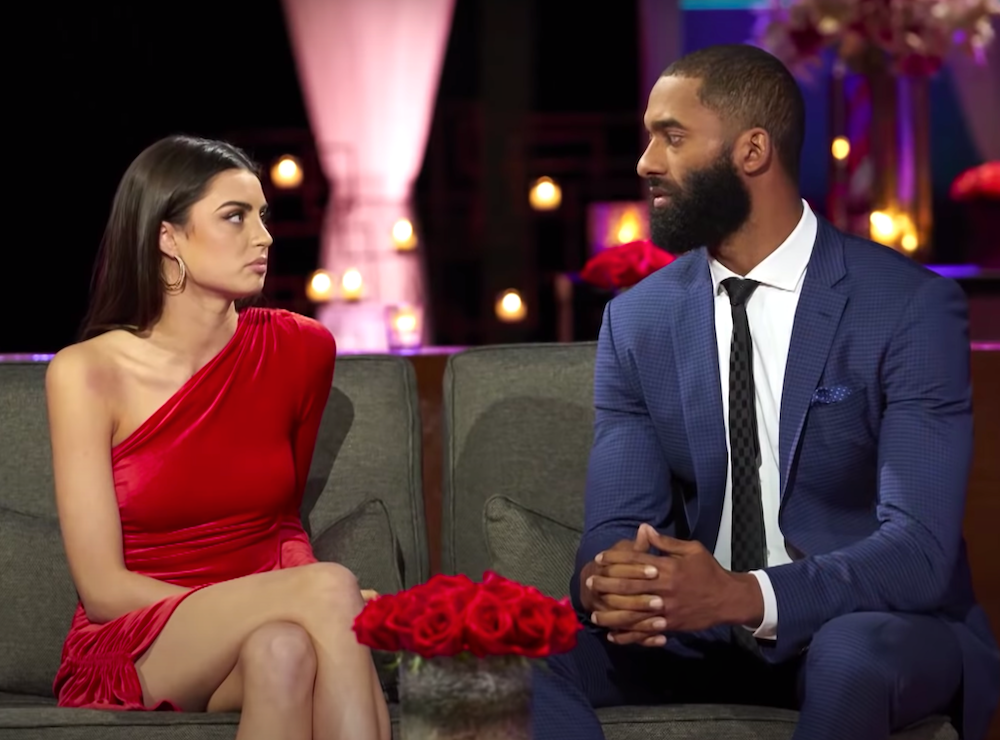 Talking to Rachael Kirkconnell, whom the media and cancel mob torched after digging up purportedly racist college photos of her attending an antebellum era-themed party and whose relationship with Matt James went up in flames for the same reason, Acho asked her the following question:
Now, you knew Matt, a black man, was going to be the bachelor. You also knew these photos existed. How often did you lay awake at night, worried that eventually these photos might come out and could ruin your life?
It’s a shocking question, and it reveals so much about our cultural temperature and descent into online vigilante justice — because it’s not normal. It isn’t normal for human beings to lie awake at night combing through every past action for something that might have been inappropriate or offensive. It’s not normal for people to live in constant fear of vindictive actors scrutinizing their pasts, looking for anything they can use to tear them down.
Here’s a question to consider: If it’s really progress we want, why do we spend so much time looking back instead of looking forward? Why do we insist on expending so much energy beating ourselves up over past mistakes — or even just being ill-informed — rather than on letting go of what we can’t change and doing our best to move forward?
Of course, the photos of Rachael weren’t something the contestant was harboring, terrified they would see the light of day. Had Rachael had the forethought that maybe wearing a costume and attending that party or taking a selfie could be considered racially insensitive or racist, she likely never would have done it and she certainly wouldn’t have advertised it on social media. So if you aren’t a racist, why would you lie awake at night scared that someone will cancel you for being a racist?
But I guess that’s where we are now. Brett Kavanaugh isn’t a gang rapist, but that didn’t stop a mob from coming after him. J.K. Rowling doesn’t want to erase transgender people, but the thought police came for her too, pitchforks drawn. And here’s Acho, reinforcing the idea that this is normal.
It’s also worth mentioning that Acho’s question was wrong. It was never the photos that ruined Kirkconnell’s life. Those were securely in her past where they belonged. It was the cancel mob, which Harrison was right to classify as the “woke police.” Digging up those photos didn’t solve racism. It didn’t achieve reconciliation whatsoever.
The only thing the social justice mob accomplished in drudging up Rachael’s past was breaking a young girl’s spirit, destroying her relationship, and forcing her to apologize ad nauseum in a humiliating on-stage “Bachelor” struggle session in front of the world. There was nothing normal about it, and nobody should pretend there was.
Kylee Zempel is an assistant editor at The Federalist. Follow her on Twitter @kyleezempel.
Photo Entertainment Tonight/YouTube
Bachelor Nation cancel culture cancel mob Chris Harrison Emmanuel Acho Matt James Race Rachael Kirkconnell racism social media The Bachelor