Prepare For A Deluge Of Dishonest CPAC Coverage 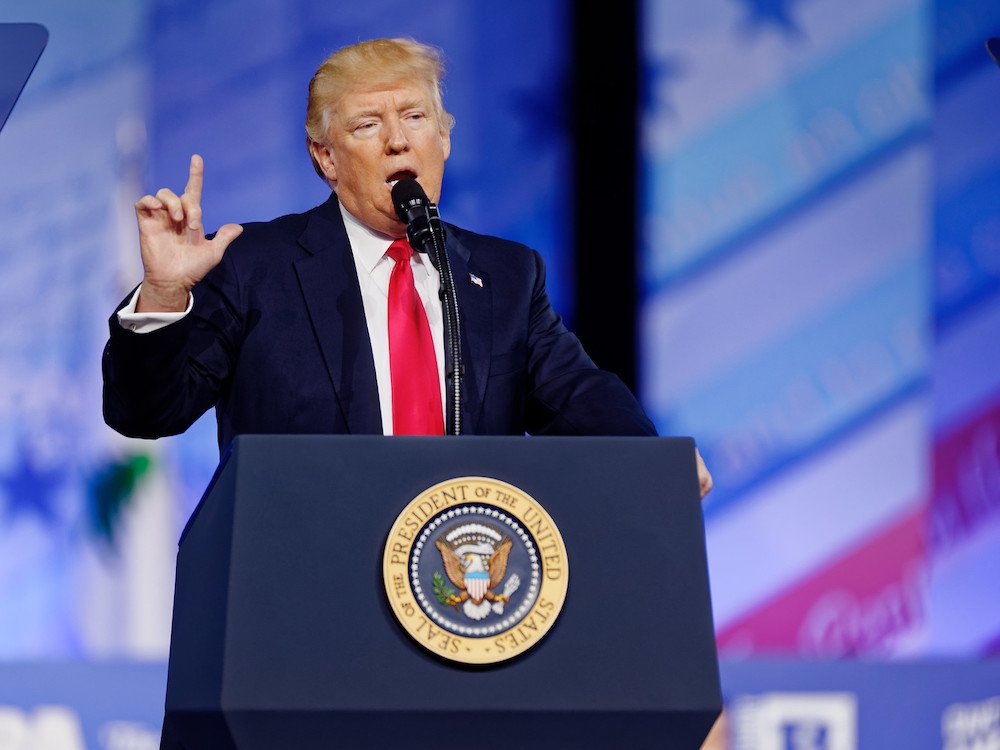 Prepare For A Deluge Of Dishonest CPAC Coverage The corporate press will try to cast the annual conference as a gathering of fringe lunatics who are splitting the GOP. Don’t believe them.
By John Daniel Davidson
You can already see the headlines: “The Ten Craziest Things Said At CPAC,” which will consist of three things that an overwhelming majority of Americans believe to be true (like, there was fraud in the 2020 election) and seven things that almost no one thinks no one at CPAC actually said. The Atlantic will almost certainly run a ponderous dispatch from the conference about how Trump is splitting the Republican Party, even as polls show that most GOP voters still support Trump, with nearly 60 percent saying he should play a “major role” in the party moving forward.
But it doesn’t matter. The point of these CPAC pieces, besides giving pundits a chance to sneer at conservatives, will be to reinforce the narrative that the Republican Party is in crisis, lost in the wilderness, imploding.
The GOP, they will tell us, is torn between Trump and his acolytes on one side and moderates like Senate Minority Leader Mitch McConnell and Rep. Liz Cheney on the other. What CPAC shows, according to this narrative, is not just how much of a “stranglehold” Trump has over the party, but also how insane and radical the party has become under Trump’s malign influence.
Mike Allen at Axios set the stage with a report Monday that Trump will “claim total control of the GOP” at CPAC, and is even now setting up “the machinery for kingmaking in the 2022 midterms.” Jake Sherman piled on with a long tweet thread Tuesday, explaining how Trump “is now in Mar-a-Lago plotting to retain his stranglehold on the party.” The Washington Post’s Greg Sergeant went a step further, writing that Trump’s message at CPAC won’t just be that he’s the presumptive 2024 nominee but that “Republicans who hope for political futures must maintain absolute loyalty to him.”
Much of this is nonsense. For one thing, pretending the Republican Party is divided between a pro-Trump wing and an anti-Trump wing is like pretending the Democrats are divided between an Alexandrio Ocasio-Cortez wing and a Joe Manchin wing. Sure, McConnell and a handful of corporatist establishment Republicans despise Trump, as they have from the beginning. But apart from the disgraced Lincoln Project and the subscriber base of The Dispatch and The Bulwark (surely in the thousands by now), the old establishment GOP has no real constituency.
McConnell might wield a lot of power in Washington, but he no more speaks for the average Republican voter than Manchin, the senior senator from West Virginia, speaks for the average Democrat. Cheney might think Republican Trump voters are a bunch of white supremacists, but her opinion likely doesn’t even reflect a majority of voters in her home state of Wyoming, where she’s already facing a primary challenge for her vote to impeach Trump. In terms of influence over the party’s direction and future, as my colleague David Marcus noted recently, there is no GOP civil war.
And everyone pretty much knows this. The media’s motive for pretending otherwise is that it makes the GOP seem weak and in disarray. It reinforces the notion that Trump has transformed the Republican Party into a fringe movement of racists and conspiracy theorists, rabble that should be run out of polite society and deprived of power forever.
It obscures, in other words, the reality that the party has managed to bring in new voters, including black and Hispanic Americans, and despite losing the White House is poised to take back the House and Senate in 2022.
Remember that when you hear it repeated over and over that former Vice President Mike Pence declined an invitation to speak at CPAC, or that a USA Today poll found 46 percent of Trump voters would leave the GOP if Trump decided to start a new party. Remember, too, when you hear NeverTrumpers denounce CPAC for being a Trumpist cult of personality, that these are the same people who not only venerate Ronald Reagan and Bill Buckley as secular saints, but wish the Republican Party could have remained as it was in the halcyon days of the Cold War, when all was as it should be because people listened to them.
For as much as corporate media talking heads would like the Republican Party to split over Trump, it’s not going to happen for the simple reason that most Republican voters liked the direction of the party under Trump. They liked Trump’s focus on immigration and trade, his repudiation of the establishment’s forever-war foreign policy, his concrete action (instead of endless talk) to protect the unborn, and his willingness to wade into the fray of the culture wars.
These things—tone and postures as much as policy—are now part of the new, post-2016 Republican Party. That’s true with or without Trump.
What our media elites don’t understand about the Trump era is that it wasn’t about Trump. He was an effect, not a cause. The cause was the decades-long failure of the GOP establishment—the same establishment that doesn’t want Trump to speak at CPAC and doesn’t want him to have a role in the party moving forward.
That’s bad news for Democrats and their allies in the media, because the worst possible outcome for them is that the GOP transforms fully into a working-class party, a conservative populist movement that brings in new voters by actually listening to what they want and fighting for their interests in Washington.
Against such a party and movement, with or without Trump, Democrats don’t stand a chance. And they know it.
John is the Political Editor at The Federalist. Follow him on Twitter.
Photo Michael Vadon
Conservative Political Action Conference CPAC GOP Liz Cheney Media media bias Media Criticism Mitch McConnell Republican leadership Trumpists

Original Story: Prepare For A Deluge Of Dishonest CPAC Coverage