The Equality Act Would ‘Potato Head’ All Americans 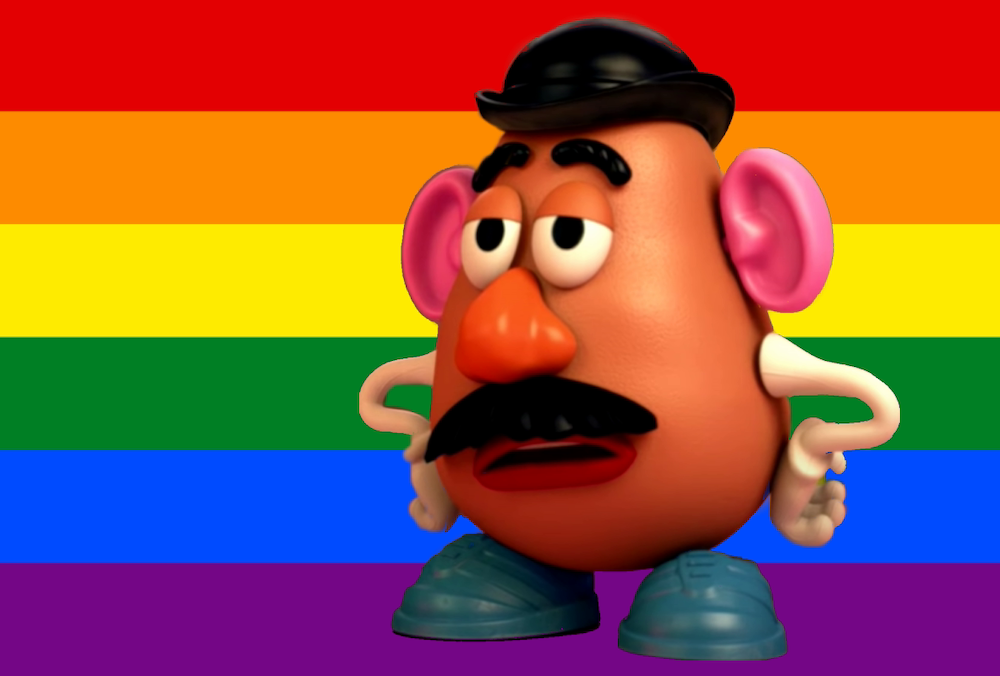 A much more important thing you might have missed on Thursday is that the Democrat-led House of Representatives is taking up a vote on the Equality Act, a nice and equitable-sounding piece of legislation that would effectively end legal sex distinctions as we know them and coerce traditional conservatives and Christians into violating their most deeply held religious beliefs. The bill, if it passes, will amend the 1964 Civil Rights Act, which made it illegal to discriminate on the basis of sex, to also outlaw discrimination based on sexual orientation and gender identity.
This isn’t some narrow rule that would ensure trans kids are always admitted to taxpayer-funded public schools. No, there isn’t any remaining area of American life where this monstrous legislation wouldn’t sneak its anti-religious tentacles. The amendment dictates that “public accommodations” include “establishments that provide exhibitions, recreation, exercise, amusement, gatherings, or displays; goods, services, or programs; and transportation services.” And just in case you weren’t sure what that exhaustive list of spaces covers, it also stipulates that on the basis of gender identity, people cannot be “denied access to a shared facility, including a restroom, a locker room, and a dressing room.” Welcome to the girls’ locker room, Jessica Yaniv. Your male genitals are welcome anywhere you like. Hate — and science — have no home here.
We’re talking about much more than condemning a cake artist who declined to design a cake in celebration of a same-sex union, which will now also be undoubtedly illegal. We’re talking about erasing sex and gender distinctions altogether and punishing anyone who resists that gender is fluid, any feminists who don’t think men should be allowed on women’s sports teams, and any church that doesn’t want to hire a transgender staff member. The legal meaning of bigotry and discrimination is about to define anyone who still believes in science.
As The Federalist Senior Editor Chris Bedford wrote this week, “According to the Equality Act, religious nurses, doctors, and hospitals unwilling to kill an unborn child or perform a sex-change surgery could be legally discriminating.” Little Sisters of the Poor? Lawbreakers. Jack Phillips? Bigot. Christian elementary school? Transphobes.
If the left prevails in this legislative endeavor, they’ll have the full force of the law to go after anyone who doesn’t fall into step with their genderless orthodoxy. “Under the Equality Act, after all, American law is a tool to attack our rights of conscience, our religious freedom, our businesses, our schools, our families, our neighbors, our priests, and our churches,” Bedford continued. “How dare anyone expect to use the law to defend against it?”
Let’s get back to Mr. Potato Head. Although Hasbro has backpedaled, now saying after immediate backlash that Mr. Potato Head will still exist (without denying that the company will still produce a gender-neutral version), leftists on Twitter and in the media are already slamming conservatives for their response to the de-gendered root fiasco, mocking the right for decrying the toy’s name change.
Republicans will campaign off this during a pandemic and recession. Meanwhile, kids will be like, “Cool! A potato toy!” https://t.co/fFM3OkhdRe
If you’re upset about mr potato head, you’re not a serious person
Gender neutral Potato Head is going to be conservatives’ Ft. Sumter pic.twitter.com/fpQ4VR6JVe
Over/under on how many Potato Head mentions at CPAC?
Who will be the first to ask why Joe Biden has cancelled our children’s toys?
What these Democrats and other left-wing talking heads fail to point out and don’t want you to notice, however, is that there’s a direct correlation between the Mr. Potato Head name-change and the goals of the Equality Act. Whacking the “Mr.” from the potato was motivated by the same impulses that drove progressive lawmakers to draft the Equality Act: Both seek to eradicate gender distinctions, however varying the degrees. Instead of doing anything in the way of making things more equal, the pernicious Equality Act, like the Hasbro decision, would effectively “Potato Head” all Americans.
The genius minds at the Federalist are warning you of the potato heading of America. Hide your kids. https://t.co/m7qpTlU7O1
The left will continue to ignore the underlying reality, opting instead to deflect with ad hominem attacks on conservatives for the terms we use to point out the parallels between cultural trends and the evil legislation it begets. As we all know, politics is downstream from culture.
The left wants to laugh this off as right-wing “rubes” losing their minds over a toy. But if you think they don’t want to remove the Mr. and Mrs. in front of every name in America, you’re a fool.
A neutered potato head is the symptom
Tenets of the Equality Act are the problem. https://t.co/eaLBcSiOv0
So yeah, the veritable castration of Mr. Potato Head is a big deal, and you probably should think about hiding your kids — at least from the leftist dogma that says this de-gendering of everything including personified blobs of plastic is normal. Conservatives are freaking out about Mr. Potato Head not because of some sentimental and overblown attachment to the child’s toy. They’re troubled because they see the writing on the wall.
A neutered potato is only a symptom. The tenets of the Equality Act are the problem. And if they become law, they’ll “Potato Head” all of America.
Kylee Zempel is an assistant editor at The Federalist. Follow her on Twitter @kyleezempel.
Civil Rights Act Congress Democratic Party discrimination equality Equality Act equity gender Hasbro House of Representatives LGBT Mr. Potato Head sex sex discrimination toys transgender

Original Story: The Equality Act Would ‘Potato Head’ All Americans