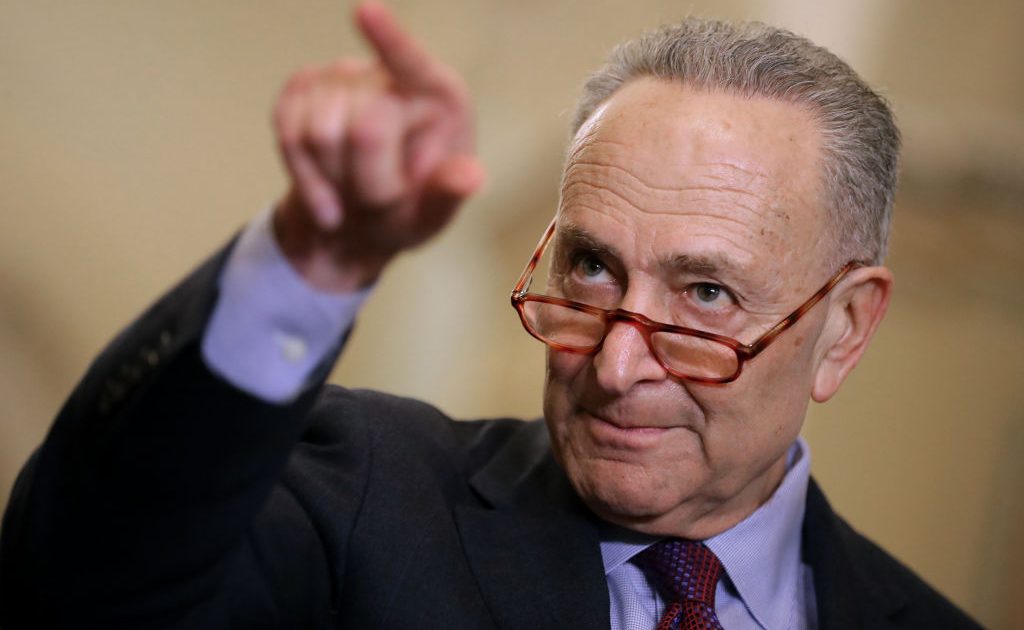 UPDATED 11:00 AM PT – Friday, March 19, 2021
Senate Majority Leader Chuck Schumer (D-N.Y.) said in a statement that he wants to make the “long overdue issue of marijuana reform a top priority for Congress.”
Schumer released the statement in a video to Twitter with Sen. Cory Booker (D-N.J.) and Sen. Ron Wyden (D-Ore.).
It is long past time to end the federal prohibition on marijuana and undo the damage of the War on Drugs.
WATCH: I talked with @SenBooker and @RonWyden this week about how we’re working together on legislation for comprehensive marijuana reform. https://t.co/jfKxJOsIzq
— Chuck Schumer (@SenSchumer) March 18, 2021The Democrat lawmakers cited the harm people of color, veterans and low-income citizens endure as a result of the current cannabis policy.
“It’s not everybody getting arrested. This is not a war on drugs its a war on people, on certain people,” Booker stated. “Veterans are disproportionally arrested for possession of marijuana.”
Previous marijuana legislation, known as the MORE Act, was passed by the House of Representatives in December 2020. Five Republican representatives, including Rep. Matt Gaetz (R-Fla.) voted for the legislation. They cited potential advancement for the health care industry and lowered incarcerations.
“The American people do not support the policies of incarceration, limited research, limited choice and particularly constraining medical application,” Gaetz said.
Recent polls conducted by Pew Research Center found more than two-thirds of the U.S. population is in favor of marijuana legislation. Despite this, lawmakers of both parties voiced the slim chance of it passing in the Senate.
Senate Minority Leader Mitch McConnell (R-Ky.) doubted the House bill would even get a vote in the Senate.

“The House of Representatives is spending this week on pressing issues such as marijuana. Marijuana,” McConnell stated.
If Schumer’s legislation is passed, it would expunge criminal records for people arrested due to cannabis possession and ensure Big Tobacco doesn’t overpower small businesses.
“The issue is that so many lives have been wasted because marijuana has been listed as something as bad as heroine,” Schumer stated.
The Democrat senators went on to say they plan to introduce the legislation shortly.