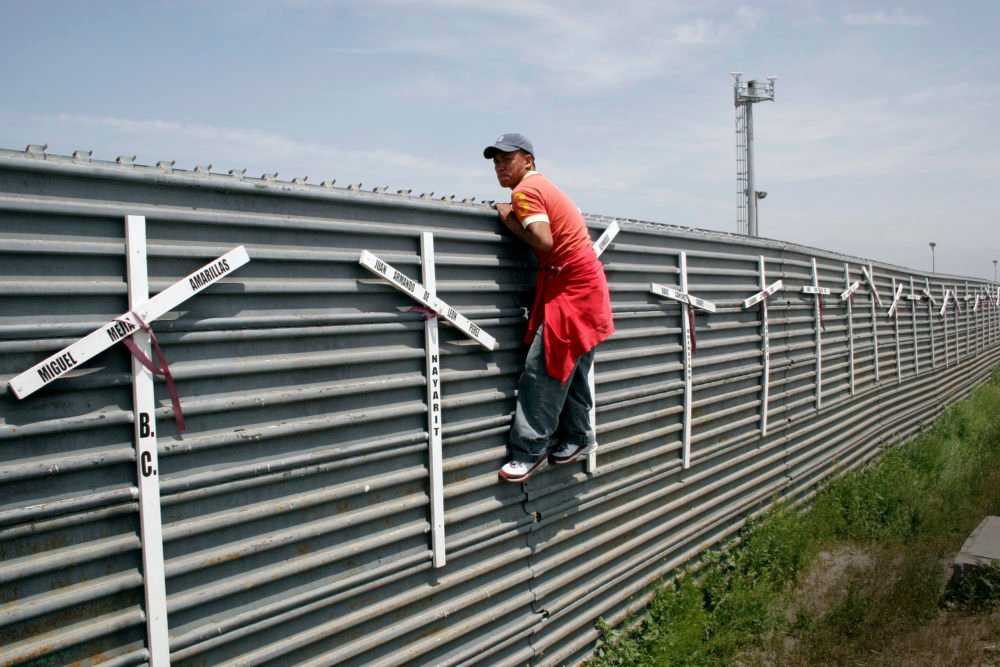 The House will vote this week on both the Farm Workforce Modernization Act, H.R. 1603, as well as the American Dream and Promise Act, H.R. 6. Both would effectively grant amnesty to millions of illegal immigrants, with H.R. 6 specifically granting permanent amnesty to an estimated 320,000 people and those under the age of 19.
H.R. 1603 would provide green cards, work permits, and a path to citizenship for migrants who have worked in the agricultural sector part-time or more in the last two years.
“Congress passed an agricultural amnesty in 1986, as part of the Immigration Reform and Control Act (IRCA). That law was sold to the American people as a one-time amnesty, in exchange for border security and a prohibition on hiring illegal aliens in the future, that would provide a stable and legal agricultural workforce,” Numbers USA, an advocacy organization that lobbies for low immigration levels, said in a statement. “We ended up giving amnesty to almost 1.1 million ‘Special Agricultural Workers’ (as they were called in IRCA), plus their spouses and minor children. But there was a catch: most of the Special Agricultural Workers left agriculture for better-paying jobs as soon as they got their work permits.”
In fact, under H.R. 1603, co-sponsored by Reps. Zoe Lofgren, D-Calif., and Dan Newhouse, R-Wash., an illegal alien would be permitted to obtain a Certified Agricultural Worker status if they have been unlawfully employed for 10 years prior. This would permit five and a half additional years of employment in the U.S., with the four-year mark providing a comprehensive path to citizenship.
“The men and women who work America’s farms feed the nation. But many of them do so while living and working in a state of uncertainty and fear, which has only been heightened by the COVID-19 pandemic,” said Lofgren. “Stabilizing the workforce will protect the future of our farms and our food supply.”
While Lofgren says the legislation is geared toward “stabilizing the workforce,” a spokesman for Numbers USA who has done extensive research into the topic pushed back.
“American employers should be forced to pay a wage that would encourage Americans to take those jobs, but instead they want to pay wages that would discourage Americans so they’re forced to have to go hire cheaper foreign labor,” the spokesman said.
According to 10-year estimates, Biden’s amnesty bills of H.R. 1177 and S. 348 would flood the border and give green cards to more than 37 million immigrants. Today, the U.S. government issues about 10.6 million green cards under present law.
Rasmussen Reports polling published on Monday indicates 73 percent of voters are “concerned” about the border crisis and also oppose amnesty. Forty-eight percent polled said they are “very concerned.” Since Biden took office, there has been a surge of migrants the border.
The polling comes after 10 House Republicans declared their support for H.R. 160. This includes Reps. Elise Stefanik of New York, Mark Amodei of Nevada, Mario Diaz-Balart of Florida, Doug LaMalfa of California, Cathy McMorris Rodgers of Washington, Mike Simpson of Idaho, Fred Upton of Michigan, David Valadao of California, and Jefferson Van Drew of New Jersey.
“This immigration bill is far more harmful than any other provision Congress would ever give our rural communities,” Rob Law, Center for Immigration Studies’ legislative and regulatory director, told Breitbart News last week.
“The Democratic Party has made it abundantly clear that they are the party of immigration lawlessness, mass legal and illegal immigration, and do not care about the impacts on working Americans. With that being their platform, you would think that every Republican would look very suspiciously upon any immigration proposal that was put forward by the Democrat Party,” added Law, who served in the Trump administration as the policy chief of U.S. Citizenship and Immigration Services.
Gabe Kaminsky is an intern at The Federalist and a student at the University of Pittsburgh. His work has appeared in The Daily Wire, Townhall.com, Fox News, The Washington Times, The American Conservative, RealClearPolitics, The Washington Examiner, and other outlets. He is a participant in the Academy program at The Heritage Foundation. Follow him on Twitter @Gabe__Kaminsky
Photo AP/Wikipedia Commons
amnesty Democrats House HR HR-1603 Immigration Numbers USA policy Republicans The Farm Workforce Modernization Act

Original Story: Democrats Voting On Two Immigration Bills That Would Flood The Border And Grant Amnesty To Millions