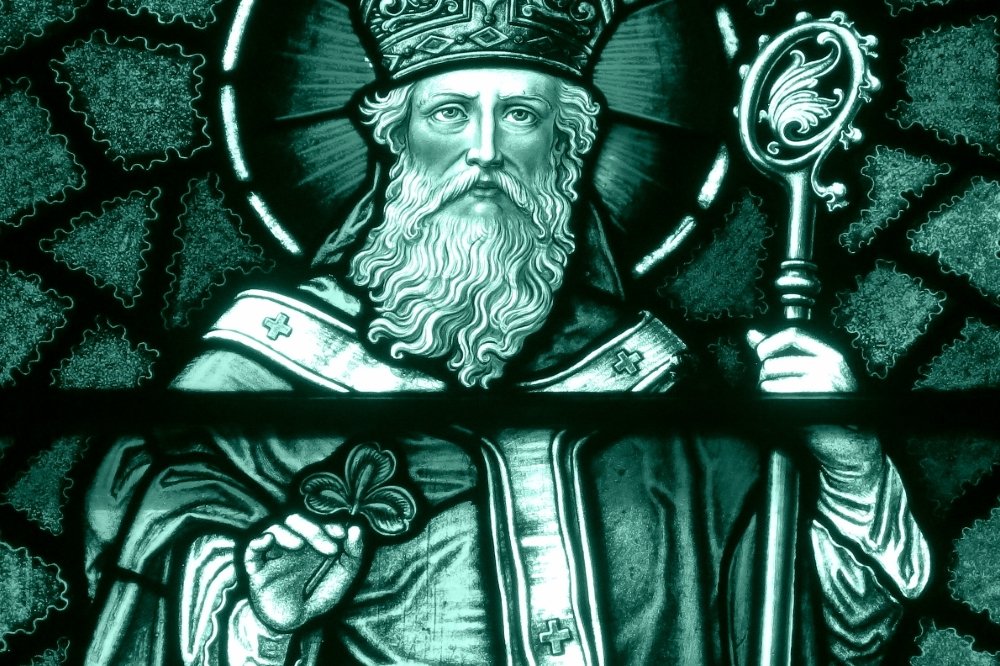 There’s A Lot More To Saint Patrick Than Shamrocks And Guinness This St. Patrick’s Day, we must not just reflect on Irish culture, but the need to trust God for everything, letting His love inspire us to live for others.
By Thomas Griffin
So, who is the man behind the holiday? In answering that question, a rediscovery of both St. Patrick’s words and the facts of his life can be used as fuel for renewing our culture and our nation.
St. Patrick was originally born in Britain towards the end of the 4th century but was later held captive by pirates and taken to Ireland, where he was enslaved for over six years. Throughout his imprisonment, Patrick kept a diary that recounts the dramatic growth he experienced in his relationship with God.
He remarked that what strengthened his faith, more than anything else, was simply speaking to God more often, noting, “I prayed in the woods and on the mountain, even before dawn.” No matter the time, place, or circumstance, Patrick would use it as an opportunity to speak to God.
He couldn’t control the movements of his day or the nature of his life, but he could control his attitude, keeping focused on his faith. His enslavement limited how he could pray, but did not restrain his steadfast desire to have his relationship with God be the cornerstone of his life.
Patrick later escaped slavery and returned to Britain and his family. Before long, however, he returned to Ireland (his home of captivity) as a priest to set people free from sin and become a beacon of light and hope. His greatness resided not only in his message but in the courage he had to preach unwaveringly.
The saint behind the green and the Guinness stood for controlling our desires and passions rather than giving in to them. Indeed, Patrick was so convincing to his contemporaries because he was not like everyone else — grounded in sacrifice, service, and truth.
Patrick was known for voicing the truth and not caring who heard it. He preached the good news of Christ’s crucifixion and subsequent resurrection, as well as the foundational belief of the Holy Trinity. Shamrocks were his way to portray the utter simplicity and grandeur of our God as a communion of persons. Now, more than ever, we need to be reminded of the glue that binds the world, the church, and our God together: communion and relationship with others.
Deep down, we know that we need others. This past year has taught us that in both profound and troubling ways. Countrywide quarantines showed humanity that being alone is harmful and runs against our nature.
In June 2020, more than 40 percent of Americans reported a rise in mental health-related illnesses such as anxiety and depression while rates of suicides have also increased dramatically. Alcohol and drug abuse continue to elevate as people cope with loneliness and an inability to return to life as normal.
St. Patrick’s Day is a feast that allows families and communities to come together and celebrate the joys of life. The celebration is not just about people getting together, but an opportunity for people to gather in the name of a saint who spoke so constantly and convincingly about God.
Let us remember that our communion with God must take place everywhere it possibly can and that our voices must be relentless in preaching His name. Faith must be sought out in the morning and at night, on the mountains and in the woods, through our relationships with others and our worship on Sundays.
We must remember not simply Irish culture, but the need to depend on God for everything, letting His love inspire us to live for others. Spending time with people and spreading God’s message among them was Patrick’s passion, and he calls us to do the same.
We reach the pinnacle of communion with God — and with others — through prayer. Patrick knew that prayer is not merely a part of our relationship with God, it is our relationship with God. Therefore, he desired to pray to God in every moment and circumstance, not to win His favor or get a spiritual trophy but to be connected with the God of the universe in such a way that enslavement (even physical slavery) couldn’t keep him from communion.
While most churches are still experiencing tremendously low numbers in attendance on Sundays, there will be gatherings for St. Patrick’s Day. Let us not fail in remembering the God behind the giant of the man and let us recall his witness with accuracy and reverence. This feast day is a prime opportunity for the religious among us to set faith where it needs to be: upfront and center in our lives and culture.
Thomas Griffin teaches in the Religion Department at a Catholic high school and lives on Long Island with his wife and son. He has a master’s degree in theology and is currently a masters candidate in philosophy. Follow his latest content at EmptyTombProject.org
Photo Nheyob / Wikimedia
Christian holidays Christianity communion holidays Irish Prayer St. Patrick St. Patrick’s Day

Original Story: There’s A Lot More To Saint Patrick Than Shamrocks And Guinness