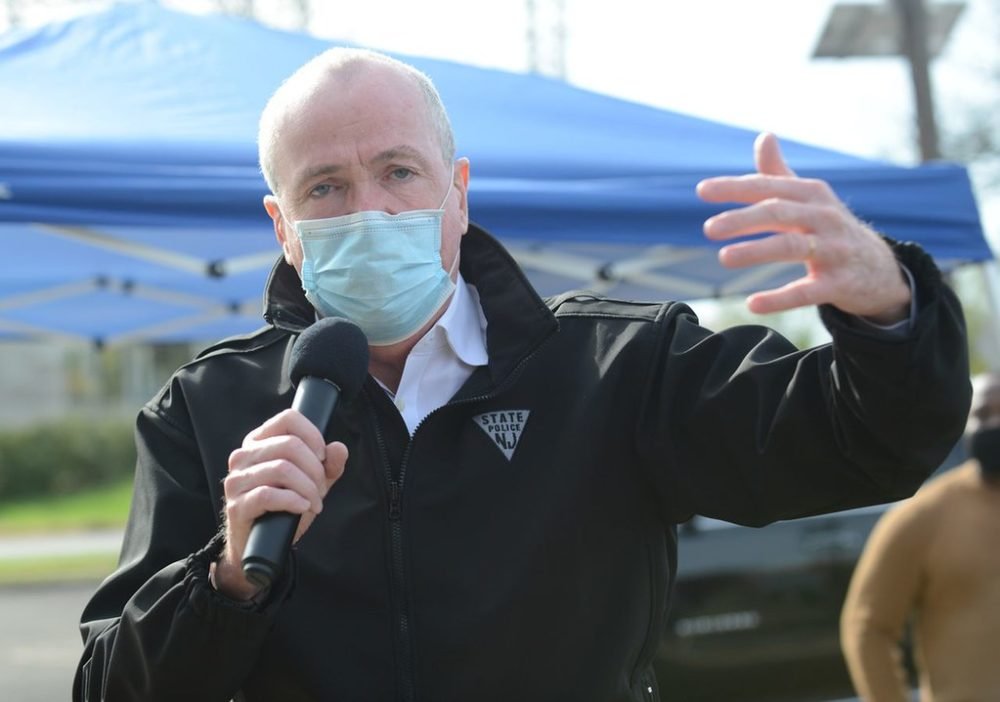 While she made it clear that they would be required to assign separate staff and separate them from other residents — or to let the state know right away if that was not possible — the exasperation on the other end of the phone was palpable.
“Patients will die,” an unidentified administrator declared, according to a recording of the outspoken meeting obtained by NJ Advance Media. “You understand that by asking us to take COVID patients, by demanding we take COVID patients, that patients will die in nursing homes that wouldn’t have otherwise died had we screened them out.”
State health officials moved forward with the orders anyway under Murphy’s blessing.
“No patient/resident shall be denied re-admission or admission to the post-acute care setting solely based on a confirmed diagnosis of COVID-19,” read the March 31 order from Persichilli. “Post-acute care facilities are prohibited from requiring a hospitalized patient/resident who is determined medically stable to be tested for COVID-19 prior to admission or readmission.”
By the end of May, more than 40 percent of the state’s COVID deaths were tied to long-term care facilities, with 1 in 13 patients who remained in such care at the start of the pandemic dead. The nursing home death toll, which neared 5,500 by June, according to the local New Jersey paper, competed with New York’s public total of nearly 6,500 patients dead from Democratic Gov. Andrew Cuomo implementing the same policy. Subsequent reporting in recent weeks shows, however, that Cuomo manipulated the data to severely undercount the number of COVD deaths in nursing homes in his state, revealing a more accurate total of more than 15,000.
Now New Jersey Republican lawmakers are demanding answers, with hearings held in early March, as the nursing home death toll in the state with the highest coronavirus fatality rate in the country neared 8,000.
“Apparently, nobody gives a damn about this loss of life,” Republican state Sen. Declan O’Scanlon railed against state health administrators. “That is shameful.”
At this point, Cuomo has been the state leader dominating headlines for disastrous nursing home policies that directed long-term care facilities housing the pandemic’s most vulnerable to open their doors to the coronavirus patients who infected others. At least four other Democratic governors, however, implemented the same deadly measures including New Jersey’s Phil Murphy, Michigan’s Gretchen Whitmer, Minnesota’s Tim Walz, and Pennsylvania’s Tom Wolf. The policies benefitted the hospital lobby as facilities were able to offload COVID-patients to treat more profitable sick people.
New York and New Jersey, which have each embraced some of the strictest lockdowns in the country, share the No. 1 and 2 spots for highest COVID-19 fatality rates in the country, with more than 73,000 deaths across the two mid-Atlantic states.
Cuomo, who has also now been accused of sexual misconduct by half a dozen women, faces calls for impeachment from state Democrats including New York’s two U.S. senators and prominent members of the congressional delegation. A federal probe into Cuomo’s nursing home scandal, an issue long-raised by conservative media throughout the entire pandemic, has also hampered Cuomo’s efforts to govern.
Whitmer, dubbed the “Andrew Cuomo of the Midwest,” now faces potential criminal charges of her own as the governor’s health department refuses data that could offer insight into her state’s nursing home policy.
Tristan Justice is a staff writer at The Federalist focusing on the 2020 presidential campaigns. Follow him on Twitter at @JusticeTristan or contact him at [email protected]
Photo Casino Connection / Flickr
Andrew Cuomo coronavirus Covid-19 Gretchen Whitmer New Jersey New York nursing homes Phil Murphy