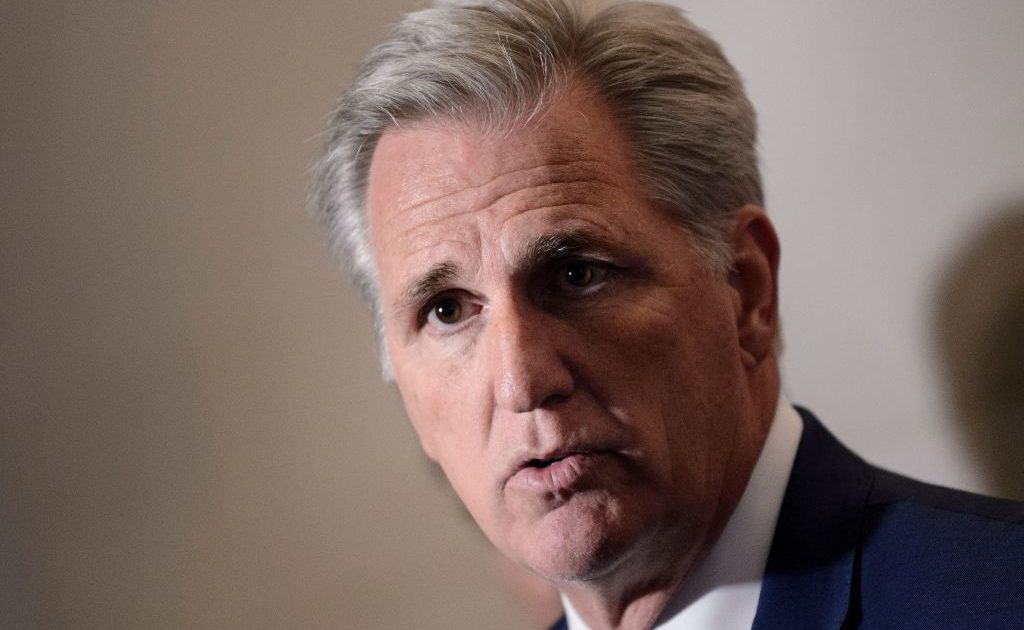 UPDATED 12:33 PM PT – Saturday, March 13, 2021
House Minority Leader Kevin McCarthy (R-Calif.) has continued to shed light on concerns over the COVID relief bill. He took to Twitter on Saturday to say the U.S. has now allocated more money to be spent in the last year than in World War II, thanks to the billions in political payoffs in blue state bailouts.
Fact: thanks to the billions in political payoffs in Democrats’ blue state bailout, America has now allocated more to be spent in the last year than we did throughout all of WW2. pic.twitter.com/EBvEP8EpCN
— Kevin McCarthy (@GOPLeader) March 13, 2021His comments came after the partisan bill was rushed through both chambers of Congress and signed by Joe Biden Thursday. Concerns were raised over items covered in the bill and what will actually be going to Americans.
McCarthy doubled down on his criticisms of the Democrats’ “liberal wish list” and House Speaker Nancy Pelosi’s special personal interests.
“This is really about favors to Pelosi’s friends, it’s not about COVID,” McCarthy stated. “And we have already spent more than $5 trillion. If you put it in today’s numbers, for World War II we only spent over $4 trillion.
The congressman has continued to stand his ground when it comes to what the bill actually contains.
Meanwhile, GOP Rep. Dan Crenshaw (R-Texas) also criticized the COVID-19 relief package. He recently took to Twitter and said “bribing people with their own money is dishonest and unsustainable.”
You bribed Americans with their own money and foot our kids with the bill.
You spend only 1% on vaccine distribution. You give no incentive to reopen schools or the economy.
And then you expect gratitude for your benevolence.
Imagine thinking this is an accomplishment. https://t.co/4kVTebzYNw
— Dan Crenshaw (@DanCrenshawTX) March 12, 2021He added the $1,400 stimulus checks are ultimately costing adults or their children thousands of dollars more. Crenshaw noted Americans are living on false promises and it will destroy future generations if we give into government bribes.
Bribing people with their own money is dishonest and unsustainable. pic.twitter.com/xu6sJd8c8v
— Dan Crenshaw (@DanCrenshawTX) March 10, 2021RELATED: White House Plans PR Blitz To Push COVID-19 Relief Bill
TOPICS:$1.9T COVID Relief Bill1400 stimulus checksAaron DanielsonCOVIDCOVID relief billDan CrenshawDemocrat agendaHouse Speaker Nancy PelosiKevin McCarthyLiberal wish listWorld War II