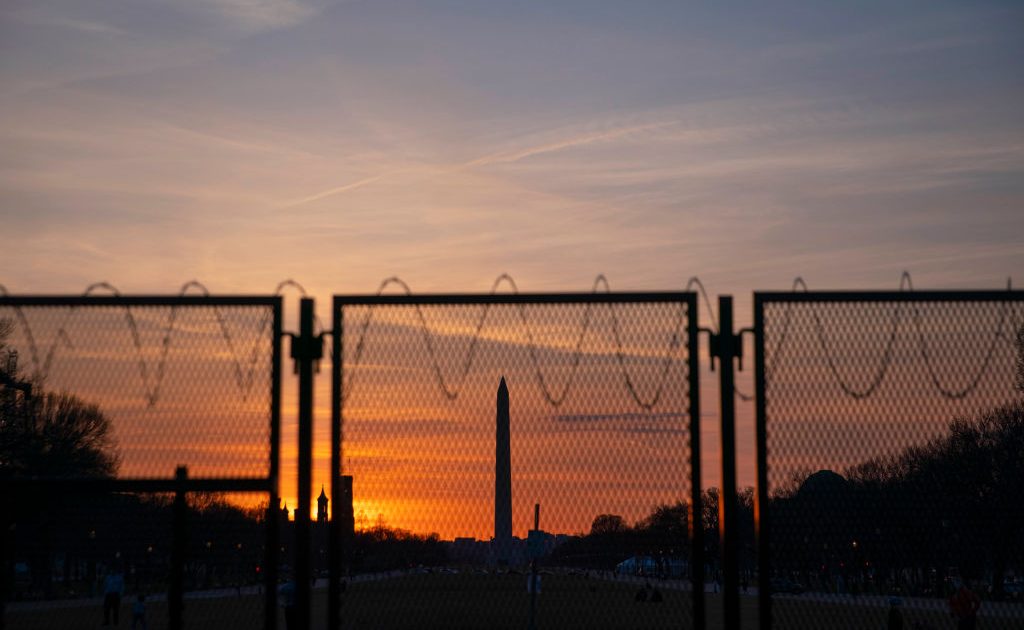 UPDATED 6:30 AM PT – Sunday, March 14, 2021
Dozens picnicked and protested the four mile fence placed around the U.S. Capitol in Washington D.C. after hundreds stormed the building on January 6. Whether it was their bike, dog, or kids, organizers of Saturday’s demonstration encouraged people to bring whatever was needed to show how they usually enjoy the part of the city that is currently blocked off.
Since Jan. 6, the place where D.C. residents came to picnic, sled and teach their kids to bike ride has been behind barbed wire. That’s not all that’s at risk, they say. https://t.co/L95N4F1xqC
— The Washington Post (@washingtonpost) March 14, 2021Multiple groups could be seen in lawn chairs, reading the paper, playing games and holding signs.
“This is part of a neighbourhood,” City Council Member Charles Allen stated. “This Capitol building and the grounds around it are parts of our neighbourhood. And this fence needs to come down because this our side yard, this our front yard. It has a deep impact on DC residents, and this needs to come down if we are going to figure out our way forward and how we are going to address what failed on January 6.”

A person holds a flag with some of the words of the Second Amendment to the U.S. Constitution on it, Saturday, March 13, 2021, during a rally at a park in Olympia, Wash., protesting business and school closures and other restrictions related to the COVID-19 pandemic. Several dozen people also gathered earlier at the Capitol in support of open-carry gun rights. (AP Photo/Ted S. Warren)

Congresswoman Eleanor Holmes Norton (D) also showed up to the demonstration and announced she has introduced a bill called “No Fencing Around the Capitol.”