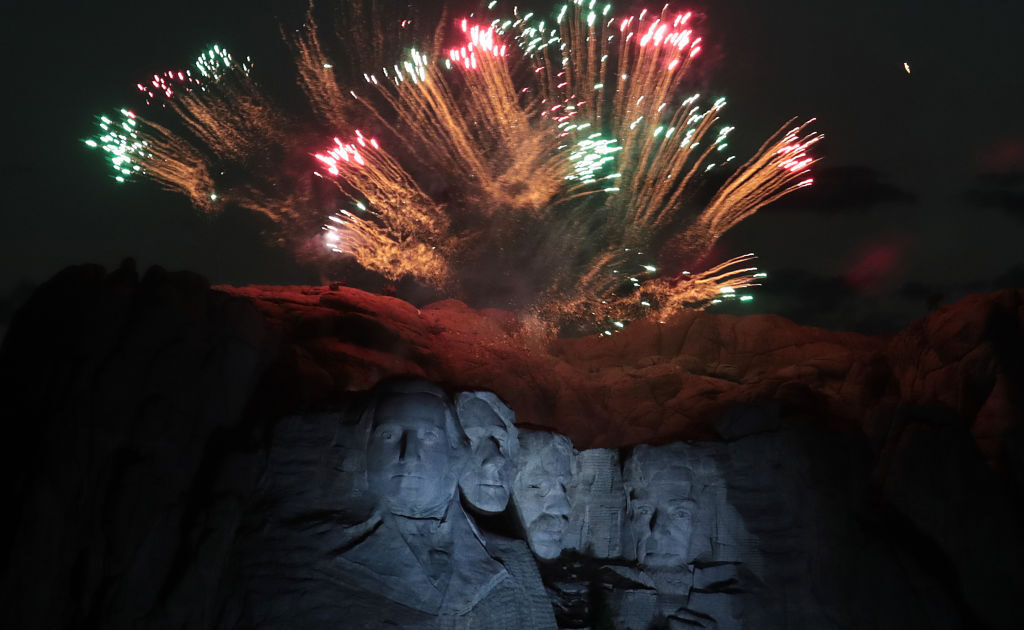 UPDATED 4:17 PM PT – Friday, March 12, 2021
Fireworks will not be set off at Mount Rushmore this July 4. In a letter from the National Park Service to South Dakota’s Tourism Department on Friday, officials said they were unable to grant a request for fireworks.

Fireworks explode above the Mount Rushmore National Monument during an Independence Day event attended by the US president in Keystone, South Dakota, July 3, 2020. (Photo by SAUL LOEB/AFP via Getty Images)

Officials cited risks to the park as well as health and safety risks to the public. In February, South Dakota’s governor sent letters to the state’s congressional delegates to urge for their support in getting the fireworks.

“All of the parameters and permitting processes have been laid out already and the documents signed,” Gov. Kristi Noem (R) said. “With the change in administration, we just hope they continue through with that and not pull the rug out from underneath us, much like they did with the Keystone pipeline.”
The best place to celebrate America’s birthday is Mount Rushmore. pic.twitter.com/LZFsglDQmJ
— Governor Kristi Noem (@govkristinoem) March 12, 2021The decision for no fireworks is in stark contrast to 2020 when fireworks returned to the memorial for Independence Day for the first time since 2009, thanks to efforts by President Trump.