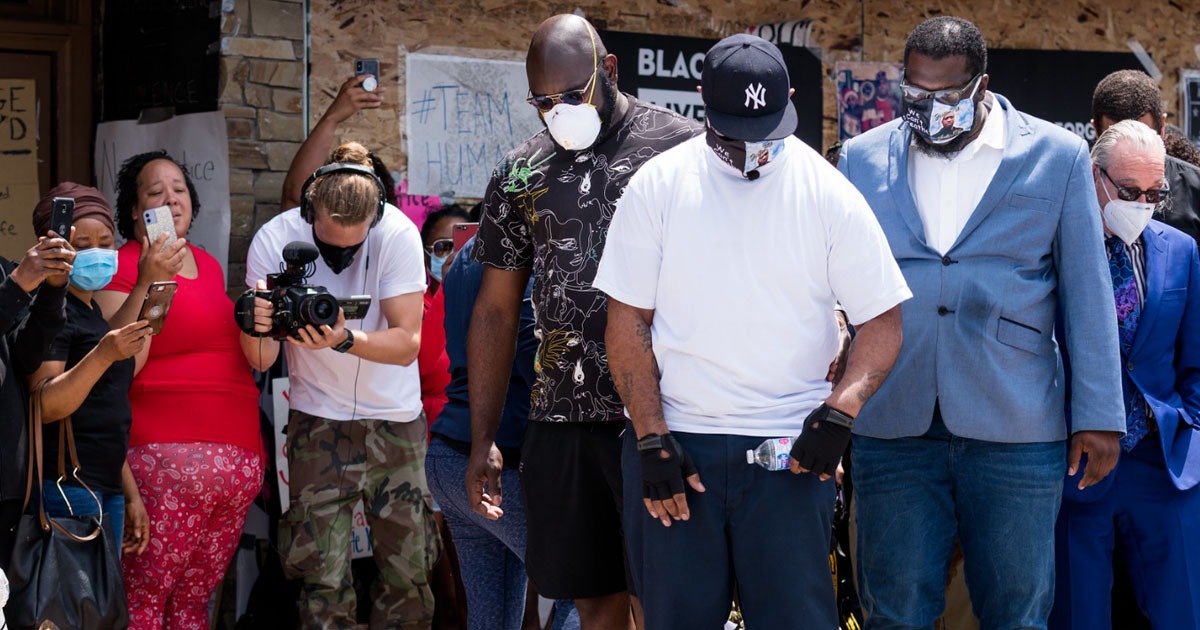 The legacy of deceased convicted felon George Floyd continues to rake in massive amounts of cash for his family, as the city of Minneapolis, Minnesota agreed to pay the Floyd family a staggering $27 million, including $500,00 for the neighborhood that currently contains the anarchist republic of The Free State Of George Floyd (also known as the George Floyd Autonomous Zone).
The Associated Press reported Friday that the Minneapolis City Council had announced the settlement, with Council President Lisa Bender stating,I hope that today will center the voices of the family and anything that they would like to share. But I do want to, on behalf of the entire City Council, offer my deepest condolences to the family of George Floyd, his friends and all of our community who are mourning his loss.”
Floyd family attorney Benjamin Crump pontificated that the windfall settlement “sends a powerful message that black lives do matter and police brutality against people of color must end.”
$500,000 in the settlement is earmarked for the neighborhood that houses the George Floyd Autonomous Zone. The George Floyd fundraising page has already received some $14 million in donations.
READ MORE: VIDEO: Antifa Border Patrol At George Floyd Autonomous Zone Threatens, Deports American Reporter
Earlier this week, Judge Peter Cahill that the prosecution in the Derek Chauvin murder trial will not be allowed to draw comparisons between the death of convicted felon Floyd and the crucifixion of Jesus Christ:
Judge Peter Cahill granted a motion preventing the death of convicted felon George Floyd from being likened to the crucifixion of Jesus Christ during the Derek Chauvin murder trial striking a major blow to Black Lives Matter activists who had hoped to paint Floyd as a martyred holy figure.
The judge was presented with the following motion on Monday:
“The Defendant moves the Court for an Order precluding any expert from likening the death of George Floyd to the crucifixion of Jesus Christ on the ground that such analogy is prejudicial.”
Judge Cahill agreed with the motion and it was passed without incident. The defense team cited previous instances of Floyd being compared to Jesus Christ by eyewitnesses, which were quickly recognized by the judge as inaccurate and prejudicial.
The move was met with outrage by Black Lives Matter activists, who had hoped to paint Floyd as a messianic figure.
The prosecution has also been barred from referring to Floyd as a “gentle giant.”
Tags: Anti-White RacismGeorge FloydMinneapolisShare to Gab