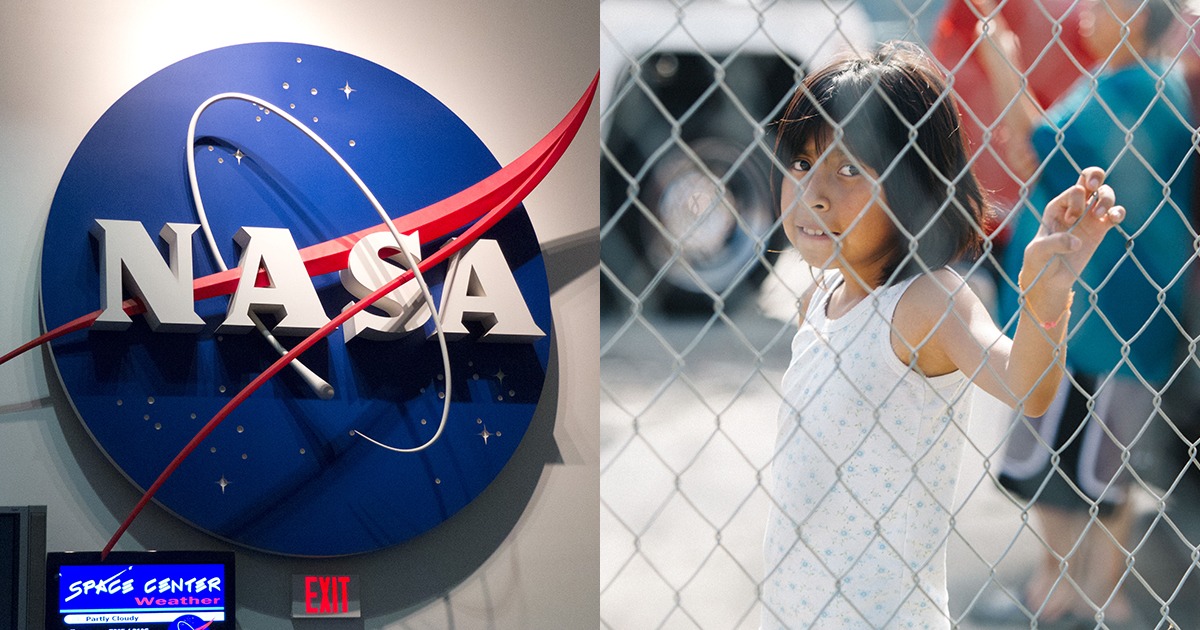 The Biden regime is contemplating repurposing a NASA facility in San Francisco, Moffett Federal Airfield in Mountain View, to house the illegal immigrants who are crossing the United States-Mexico border in record numbers.
NASA appears to have confirmed this to ABC News, which reported that a spokesman told them that “The Department of Health and Human Services has requested federal agencies to determine whether they have currently vacant properties that might be available and suitable for potential future use as Temporary Influx Care Facilities for unaccompanied migrant children.”
Though the repurpose of the NASA facility is meant to be temporary, it would be used to house unaccompanied minors until they are reunited with their families. Unfortunately, this often takes an extended period of time, or does not happen at all. There are currently over 8,000 unaccompanied minors in facilities – deemed “cages” by Democrats during the Trump administration – who have not been claimed by their parents or families.
“The site would work similarly to the facility in Carrizo Springs, Texas, where migrant children are housed until they’re reunited with family members or sponsors in the U.S,” ABC reported. “The majority of minors in CBP custody are over the age of 13, while nearly 200 are under the age of 12, the documentation shows.”
Illegal immigration has surged under Joe Biden’s brief time in the White House, with stories marked with tragedy often following.
In February, about 80 illegal immigrants were smuggled into the country via Texas in the back of an oil tanker. One was able to call the police, and frantically begged for help, as temperatures were reaching extreme highs inside the tanker, and the migrants had no access to food and limited air. The caller believed multiple of his fellow passengers may have already died.
Also in February, the federal government demanded two illegal immigrants, who were previously reported and arrested for a DUI while illegally in the United States, be released by Virginia police. “The Biden Administration has now essentially abolished ICE without abolishing ICE,” one immigration official reportedly said at the time.
Tags: Biden RegimeIllegal ImmigrationNASAShare to Gab