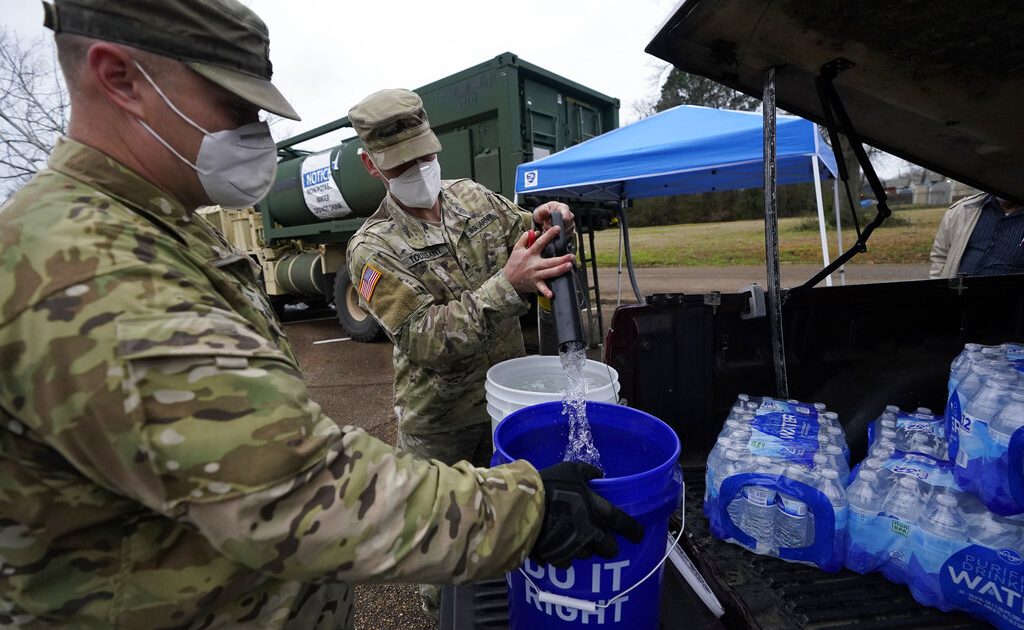 UPDATED 10:50 AM PT – Wednesday, March 10, 2021
Some residents in Jackson, Mississippi are entering their fourth week without access to safe drinking water. According to reports Tuesday, officials in the city of nearly 200,000 people are still restoring water service that was depleted by a winter storm in February.
The storm brought bitter cold temperatures to the south, causing as many as 80 local water main pipelines to freeze and crack. This rendered water pressure inadequate. As a result, residents remain under a boil notice, which was originally issued on February 16.
Recent testing revealed the water contains high levels of cloudiness, which increases the chance it may contain disease causing organisms. City Council chair Alen Banks said the pollution is a major problem considering the sanitary sewer overflows.
“Even though we have pressure, the problem we have now is the water being contaminated because of the amount of debris that got into the springs and then now with that you have SSOs (sanitary sewer overflows),” he explained.
Jackson Mayor Chokwe Lumumba said the water crisis highlights issues that have existed for decades like the inability to replace aging pipes. He estimated it would cost $2 billion to bring his city’s water system up to date and the city’s total annual budget is around $300 million.
Non-potable water is still available for residents in need. Please share. pic.twitter.com/JuuUmV23lC
— Chokwe Antar Lumumba (@ChokweALumumba) March 10, 2021In the meantime, however, the community is coming together to do what they can. City officials and the National Guard have distributed more than 26,000 bottles of water and about 7,000 gallons of non-potable water to residents. Outside organizations, including Capital City Beverages and Molson-Coors, have also offered aid.