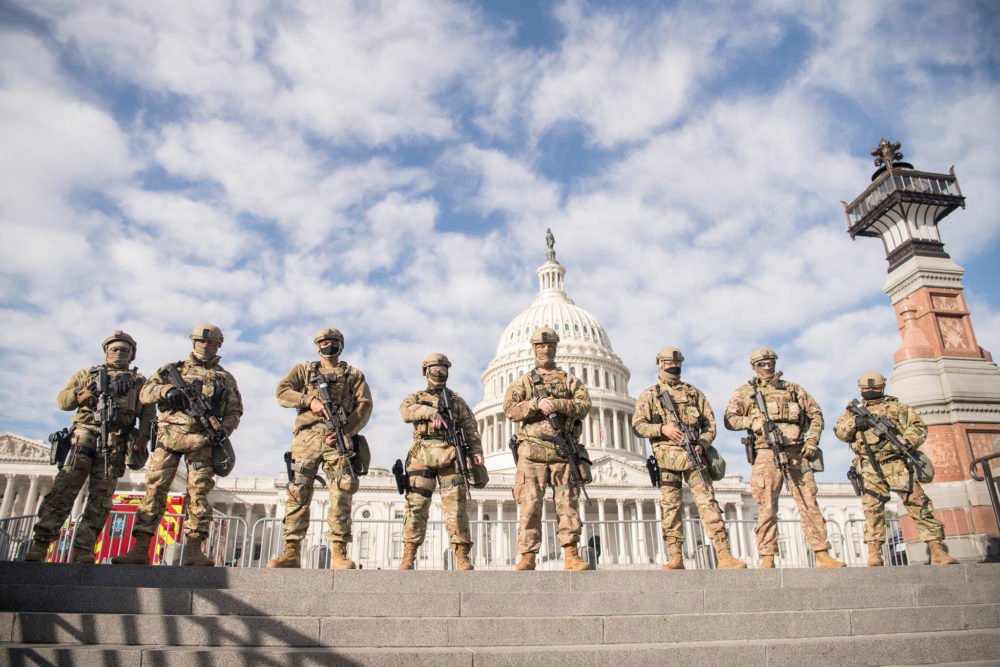 Capitol Police celebrated the decision, saying they were “extremely grateful for the Department of Defense’s continued commitment to support our critical mission to protect Congress” by asking more than 2,000 troops to stay in the capital city.
“The National Guard has played a critical role to the Department’s enhanced security posture. We thank the Guard and the Department of Defense for their partnership,” said the police in a statement.
The extension comes just one week after Democratic and corporate media prophecies of another attack on the Capitol on March 4, reportedly spread by QAnon, went unfulfilled, leaving the federal grounds devoid of any action and people other than members of the National Guard.
It also follows recommendations from Speaker of the House Nancy Pelosi’s partisan pick to lead a Capitol security investigation to create a 24-hour “quick reaction force” surrounding the Hill that will always be ready for another attack, as well as more fencing and more training totaling up to $130 million a year.
The Guard first arrived in D.C. shortly after a mob riot at the Capitol on Jan. 6 to protect President Joe Biden’s inauguration but were quickly met with adversity, setting up sleeping quarters in parking garages close to the Hill as temperatures outside dropped to the low 40s. Approximately 5,000 Guardsmen, who didn’t experience any of the predicted violent clashes on Inauguration Day, were forced to share one electrical outlet, two restroom stalls, and rest their heads on the concrete, without an explanation.
More recently, at least 50 of the National Guard in D.C. received gastrointestinal treatments after eating “badly undercooked, raw, moldy [food], and even filled with metal shavings.” The Pentagon, however, refused to terminate any contracts with the current food providers.
Jordan Davidson is a staff writer at The Federalist. She graduated from Baylor University where she majored in political science and minored in journalism.
Capitol Capitol police fence Lloyd Austin National Guard Washington DC