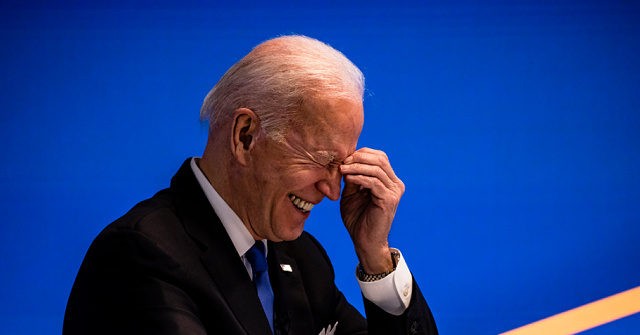 Carney: Democrats’ Covid Bill Includes $121 Billion of Long-Term Pork
3 Samuel Corum/Getty Images
John Carney
9 Mar 2021
The Biden administration’s $1.9 trillion spending packaged is billed as pandemic relief legislation, but it contains over $120 billion of spending stretching far beyond the present crisis.
A bill tailored to address the pandemic and its economic fallout would focus on funding for health care, capital improvements to schools and government institutions, and aid to those who have lost work and income. Even more importantly, the spending would be narrowly focused on the immediate future because that is when the economy is likely to be in need of stimulus and relief.
That’s not this bill. At least 20 provisions of the bill authorize spending going out to the year 2025, including nearly $10 billion for homeowner assistance and $5 billion for homelessness prevention. The Federal Emergency Management Agency gets $50 billion that can be spent over the next four years.
The point is not that these programs are not worth supporting or do not need more funds. The point is that funding in an emergency relief bill should be spent on emergency relief, not long-term budget priorities.
A tiny fraction of the programs might need a few years of additional funding so that inspector generals and oversight bodies can look into how the emergency funds were spent after the fact. Although that money could also be authorized through the normal budget process.
But what excuse could there be for authorizing $7.2 billion for the “Emergency Connectictivity Fund” through 2030? This is a handout to big telecommunications companies who will get paid by the government to build wifi and internet connections in U.S. homes. The provision has been applauded by AT&T, of course. And maybe wiring more American homes with wifi and broadband is a good idea. But this is not covid relief funding.
All told I count $121 billion of spending allowed after 2024, the latest reasonable date for something to count as related to the pandemic.
EconomycoronavirusCOVID reliefpandemic
.