Capital and Labor Both Suffer under Minimum Wage Mandates 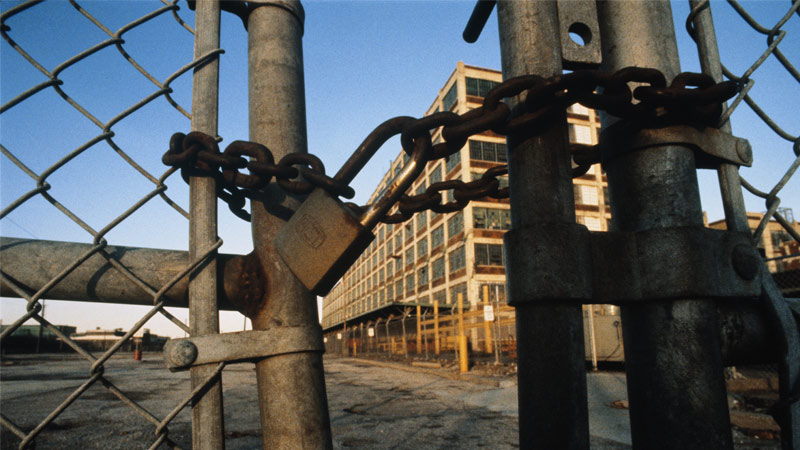 Biden and the Democratic Party have pushed hard to more than double the national minimum wage from $7.25 per hour to $15 per hour over the next four years.
This aggressive intervention in the functioning of labor markets has been heavily criticized, including in two recent Mises Wire articles.

Resorting to both theoretical arguments and results of empirical studies, Robert Murphy and Martin Jones show in a convincing way that such a drastic increase in the minimum wage is bound to have a negative impact on employment and in particular on low-skilled workers.
Yet their case focuses primarily on the short-term job losses stemming from such an ill-suited policy.
One should not overlook that the minimum wage hike is likely to impair capital accumulation, productivity growth, and future wages as well.
It means that this supposedly welfare-increasing measure is actually going to hamper not only employment, but the improvement of standards of living in general.
As Ludwig von Mises wrote in Human Action, wages are set on a free market in accordance with the marginal productivity of the labor services provided.
As the types of labor supplied and their performance are very specific, there is no uniform wage rate throughout the economy.

In that respect, setting a universal wage rate for the whole economy, even if it is a minimum threshold, doesn’t make sense either.
Moreover, once the government or trade unions succeed in imposing a wage level above the marginal productivity of labor, institutional unemployment results.
It is hard to imagine how a mandated national minimum wage of $15 per hour would remain below the marginal productivity of all current employees in the US and would not produce additional unemployment.
As a matter of fact, the proposed increase would make the US minimum wage the highest among OECD (Organisation for Economic Co-operation and Development) countries and probably in the world, both in absolute terms and relative to the median wage in the economy (graphs 1 and 2).
The closer the minimum wage is to the median one, the larger is the probability that lower-productivity workers cannot be hired at an artificially imposed minimum wage level, and will be swallowed by the ranks of the unemployed.
The risk of a large increase in unemployment is quite high given that a nonnegligible 19 percent of the wage-earning workforce currently makes less than $15/hour.
Graph 1: Minimum Wage in Different Countries (USD/Hour)

Source: OECD.
Dozens of empirical studies have shown that hiking minimum wages undermines employment opportunities among low-skilled workers and increases unemployment, in particular when the increase is massive like the one proposed by the Democrats.
A study by the Congressional Budget Office quoted by both Murphy and Jones estimates that employment would be reduced by 1.4 million by the minimum wage increase while the number of people in poverty would decline by a nine hundred thousand.
Yet the negative economic impact would not end with the labor market effects.
According to the same study, a higher minimum wage would also “slightly reduce real GDP, primarily because of reduced employment,” redistribute family income, and increase the budget deficit by a cumulative $54 billion over 2021–31.
Significant income redistribution would take place from wealthier families that suffer a decline in business income estimated at $333 billion over 2021֪–31 or face higher prices for goods and services to the families of workers that either benefit from higher wages or have lost employment because of the minimum wage hike.
Several US states have already imposed higher minimum wages than the national one of $7.25 an hour. Yet none of the state top-ups has reached $15 an hour as of 2021, which means that the negative impact on employment will be felt in the entire country.
Nevertheless, states where average wages are lower and which have not gold-plated the national minimum wage yet will be affected most. A cursory look at wage statistics shows large differences between annual median wages among US states.
An increase of the minimum wage to $15/hour would be equivalent to an annual minimum wage of about $31,200 (OECD data), representing about 90 percent or more of the 2019 annual median wage in about twelve US states: Florida, Oklahoma, Kentucky, New Mexico, Idaho, Alabama, South Dakota, South Carolina, Louisiana, West Virginia, Arkansas, and Mississippi.
This ratio is very high compared to the OECD average of about 55 percent. Seven of the US states have not even gone beyond the mandated national $7.25 per hour minimum wage so far, illustrating how disastrous the effects of this one-size-fits-all measure could be.
It should not be overlooked that, in addition to the direct rise in institutional unemployment, second-round effects in terms of lower output and real national income and a new redistribution thereof to the benefit of households with a lower propensity to save are likely to impact negatively savings and investment.
Although one cannot predict how US families will shape their savings and investment patterns in the future, statistics show that over the last three decades only the two top income quintiles recorded positive saving rates consistently.
The average savings of the two bottom income quintiles have been stubbornly negative while the gap between the top and bottom income groups’ savings has actually widened (graph 3).
Graph 3: US Average Savings by Income Quintile

If past saving trends continue, the contemplated minimum wage hike is likely to depress further the relatively low savings propensity of US households.
The latter save only about 8 percent of their disposable income, part of a long-term declining trend since the early 1970s (OECD data).
Moreover, this lasting decline has gone hand in hand with a persistent slowdown in private investment, capital accumulation, and labor productivity.
It is obvious that the US economy should be spared another government intervention in the form of a massive minimum wage hike which can only reinforce these trends and undercut the rise in standards of living.
Moreover, if minimum wages actually depress savings and hamper capital accumulation how could businesses respond to a mandated increase in wages by substituting more machinery for labor, as claimed by certain pundits?
With impaired investment and capital stock, this would only be possible in specific cases and not for the overall economy.
As a matter of fact, the causality runs in the opposite direction: capital accumulation and technological improvement support higher wages whereas mandatory minimum wages undermine them.
Conclusion
The lasting negative impact of minimum wages not only on employment, but also on standards of living in general, can only be fully grasped by taking into account also their long-term effects on output, capital accumulation and labor productivity.
Mises1 understood very well this phenomenon when he claimed that “No one has ever succeeded in the effort to demonstrate that unionism could improve the conditions and raise the standard of living of all those eager to earn wages.”
Like in the case of unionism, the alleged benefits of mandated minimum wages are restricted to a minority of workers who see their wages rise in the short term.
For the rest of the society, which must finance this immediate income redistribution and also face lower prospects for higher standards of living in the future, minimum wages are of no benefit at all.
Share