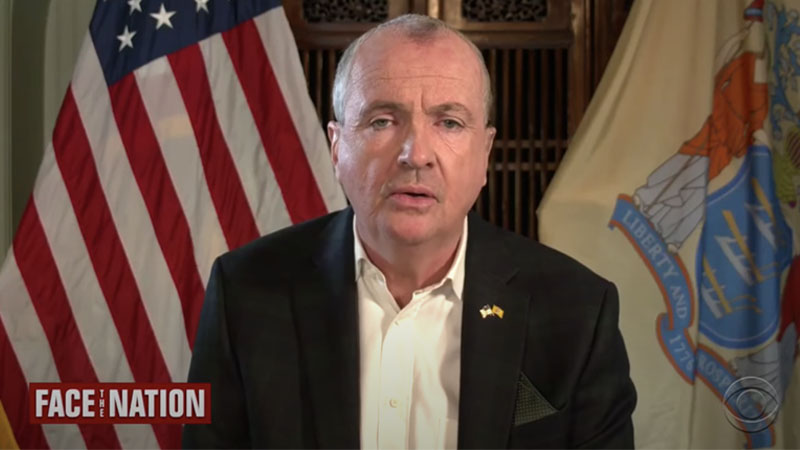 New Jersey Governor Phil Murphy (D) defended his decision to place patients infected with COVID-19 into nursing homes, which led to thousands of deaths.
When asked by host Margaret Brennan during a “Face the Nation” interview on Sunday if he regretted his decision to put sick people into nursing homes, Murphy claimed it was the “right course to take.”

“If the operators followed – and we believe that most, thank God, did – the pattern of the instructions that i just laid out, that was the right course to take,” Murphy said.
“Remember, a lot of these folks got infected unwittingly because staff members were walking in and out of these facilities asymptomatic but COVID-positive.”
Murphy went on to blame nursing home staff for the high elderly death count in his state, with nursing home deaths tripling in the winter months.
“So it was not enough just to separate the residents, but to separate the staff. Did some operators not take our advice? It’s possible, and if they did not, then they deserve to pay a price for that,” he said.
Murphy’s remarks come as several Democrat governors, including Govs. Andrew Cuomo (N.Y) and Gretchen Whitmer (Mich.), face tough questions by their constituents about the unusually high number of COVID nursing home deaths attributed to their bizarre policy of placing sick people in elderly care facilities.
In fact, a staffer for Cuomo admitted that Cuomo’s office deliberately fudged the COVID nursing home death numbers because they were worried President Trump would use it as a “giant political football.”

Owen is once again proven correct as Andrew Cuomo is finally being held accountable for the scandal over nursing home deaths in NYC.
Share