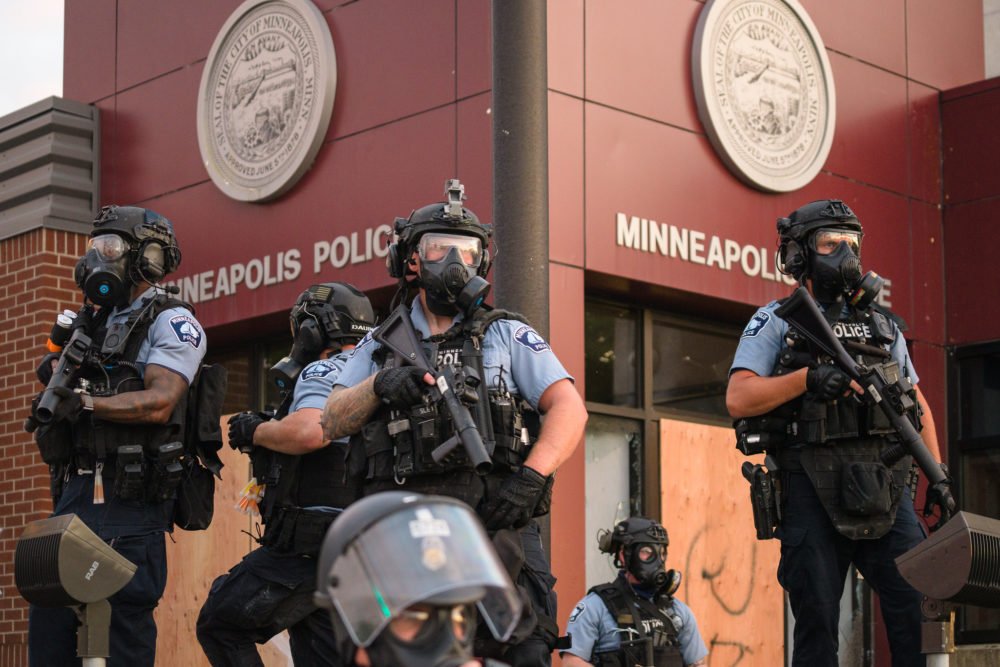 Disastrous George Floyd Policing Act Is A Hodgepodge Of Anti-Cop Buzzwords That Wouldn’t Make Anyone Safer The bill championed by Democrats is also facing scrutiny from various experts, people involved in law enforcement, and even some progressives.
By Jordan Davidson
The legislation seeks to be a federal response to the deaths of Floyd and other black Americans such as Breonna Taylor, Daniel Prude, and Rayshard Brooks by overhauling the current definition of qualified immunity for police forces, creating a national database of police misconduct to prevent law enforcement officers who have failed to follow policy from getting new jobs in different departments, requiring the use of dash and body cameras, prohibiting racial profiling, banning chokeholds, and other provisions. If states or police departments fail to comply with the new measures, they would face penalties including losing federal funding, a financial practice often used by the federal government to avoid violating the state powers outlined in the 10th Amendment.
While the legislation is championed by Democrats including the president as a step in the right direction to prevent police brutality, with some even saying it is the beginning of upending “systemic racism,” the policing act faces multiple hurdles before it even gets a shot to be implemented.
Only one House Republican, Rep. Lance Gooden of Texas, voted in favor of the bill on Wednesday, a move he later corrected on the official record, saying he accidentally pushed the wrong voting button. The lack of GOP support in the House leaves Democrats scrambling to fight GOP opposition in the Senate, especially after leftist politicians snubbed Sen. Tim Scott, R-S.C., and other Republicans who tried to pass police reforms last summer.
The bill also faces scrutiny from various experts, people involved in law enforcement, and even some progressives for not fully or properly addressing some of the policing methods used by law enforcement departments across the nation. As one activist noted, the measures addressed in the bill don’t correlate with Floyd’s death.
“Floyd did not die from a chokehold,” wrote columnist and activist Derecka Purnell in The Guardian, also noting that Floyd was not necessarily racially profiled, both actions that receive attention and regulation in the new legislation.
Rafael Mangual, a senior fellow and deputy director of legal policy at the Manhattan Institute, also noted that while police reform is something to examine, the bill is either “misguided” or “reflects a kind of oversimplification or overstated case with respect to the need for certain kinds of reforms.”
“Take the ban on chokeholds for example,” Mangual told The Federalist. “Obviously no one wants to see excessive force used on anyone when it’s not necessary, but the mere fact that we’ve had a handful of controversial cases involving chokeholds, I’m not sure that that should justify a blanket ban, particularly when you consider the fact that there are going to be situations in which using that kind of neck restraint could probably mean less force than what might otherwise end up being used because an effective grappling technique was taken off the table. … Proposals like that kind of failed to appreciate some of the nuance involved in policing.”
The same concept, Mangual said, applies to the qualified immunity doctrine included in the bill Democrats are pushing.
“No one wants to see legal doctrines abused to offer protection to people who don’t deserve it,” he said. “But if you dig down into the data, the reality is that qualified immunity just doesn’t seem like a particularly enabling doctrine with respect to law enforcement behavior.”
Other experts are warning that the new definition for qualified immunity could hurt local law enforcement agencies and police unions, which have garnered support from President Joe Biden in the past. When the previous version of the policing bill made its way to the House last summer, the National Association of Police Organizations wrote a letter to members of Congress urging them to reject it over fears that the modified version of qualified immunity would “make it easier to prosecute police officers for minor mistakes that they make on the job.”
“With the change to qualified immunity, an officer can go to prison for an unintentional act that unknowingly broke an unknown law. We believe in holding officers accountable for their actions, but the consequence of this would be making criminals out of decent cops enforcing the laws in good faith,” the letter stated.
If the legislation passes the Senate, it will most likely be months before changes are implemented in states and local police departments due to the slow bureaucratic nature associated with federal laws.
Jordan Davidson is a staff writer at The Federalist. She graduated from Baylor University where she majored in political science and minored in journalism.
Congress Democrats George Floyd law enforcement police police brutality policing bill