We Know Nothing: Baffled W.H.O. Admits No Closer to Finding Coronavirus Origin 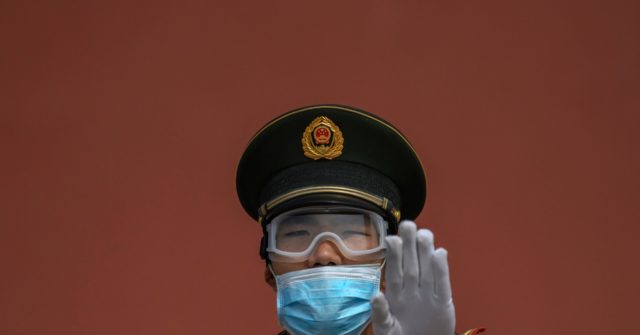 We Know Nothing: Baffled W.H.O. Admits No Closer to Finding Coronavirus Origin
105 Kevin Frayer/Getty
Simon Kent
5 Mar 2021
The world still has no idea where and when the coronavirus pandemic began, according to scientists behind an open letter published Thurday calling for yet another World Health Organization (W.H.O.) investigation into the deadly pandemic.
The two dozen scientists said Beijing had refused to provide key data samples to the investigation team, while pressure from the Chinese Communist Party (CCP) may have limited the scientific independence of the Chinese team that was part of the joint mission.
“At this point we are no further advanced than we were a year ago,” Professor Nikolai Petrovsky, an expert in vaccines at Flinders University in Adelaide, Australia, and one of 26 global experts who signed the open letter as seen by Reuters.
In January a W.H.O. investigative team visited hospitals, food markets and research institutes in Wuhan, the central Chinese city where the coronavirus was identified, in search of clues.
The mission became politically charged as it drew criticism for relying on CCP assistance and eschewing independence in favor of following strict Beijing guidelines.
It began work a month after Wuhan declared itself free of the virus and any traces of its impact.
Wuhan, China, party time! https://t.co/CEIZg2dhPo
— Breitbart News (@BreitbartNews) December 21, 2020
Team members later acknowledged China was reluctant to share vital data that could show coronavirus was circulating months earlier than first recognised.
According to Reuters, the open letter said the W.H.O. mission “did not have the mandate, the independence, or the necessary accesses to carry out a full and unrestricted investigation” into all theories about the origins of coronavirus.
“All possibilities remain on the table and I have yet to see a single piece of independent scientific data that rules out any of them,” said Petrovsky.
At a press briefing to mark the end of the W.H.O. visit to Wuhan, mission head Peter Ben Embarek appeared to dismiss theories the virus leaked from a laboratory in Wuhan.
But Petrovsky countered, saying it “doesn’t make any sense” to rule anything in or out, adding the aim of the open letter was “to get an acknowledgement globally that no one has yet identified the source of the virus and we need to keep searching.”
“We need an open mind and if we close down some avenues because they are considered too sensitive, that is not how science operates,” he said.
Former U.S. President Donald Trump led early criticism of China’s bungled handling of the pandemic, singling out the close alliance between the W.H.O. and China as an impediment to the global understanding of the viral threat:
C-SPAN
Calls for the investigation began as far back as April last year with China at first denying any culpability for the origins of coronavirus while ignoring calls for a full investigation.
Then in May a leaked intelligence report by the Five Eyes — Australia, Canada, New Zealand, the UK, and the USA — found the ruling Chinese Communist Party (CCP) had destroyed evidence on the outbreak of its virus, a result of which caused the “endangerment of other countries.”
Even as the W.H.O. team wound up its visit to China earlier this year, Beijing was denying any responsibility for the outbreak and even pointed to the United States as a potential origin location despite no scientific evidence suggesting the possibility, as Breitbart News reported.
Follow Simon Kent on Twitter: Follow @SunSimonKent or e-mail to: skent@breitbart.com