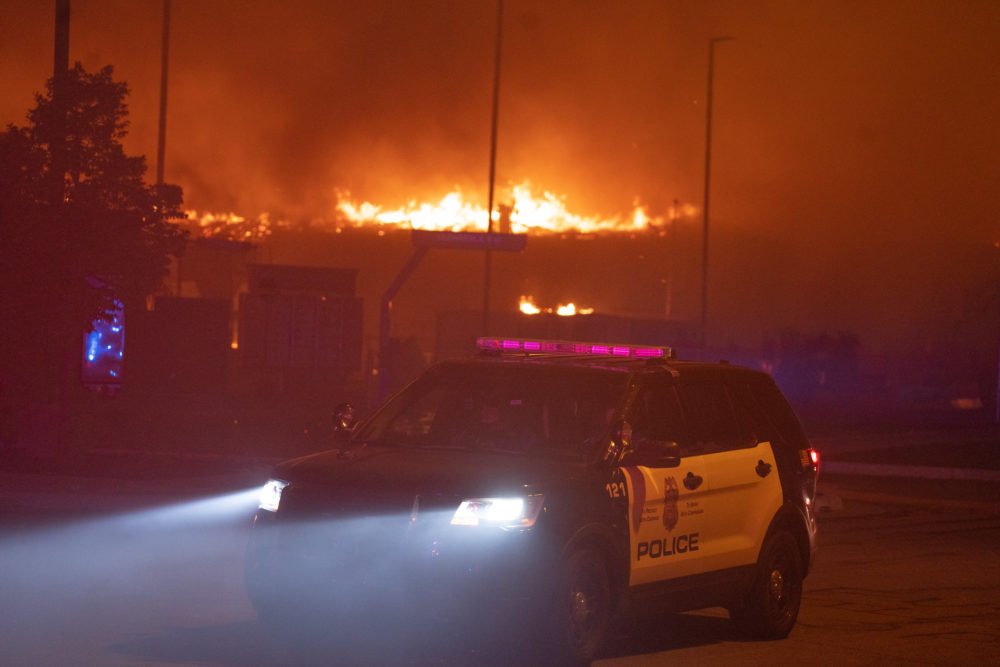 “In June, these were nonviolent protesters, racially mixed, a lot of young people fueled by the Black Lives Matter movement, those outraged by the death of George Floyd, a black man killed under the knee of a white police officer in Minnesota,” Jon Lemire said. “There was no violence there.”
While upwards of $2 billion in damages resulted from just two weeks of last summer’s riots, violent demonstrations that caused the deaths of an estimated 30 people, Lemire says concerns about violence should center on the white people who rioted at the Capitol on Jan. 6.
“These were Trump supporters, they were white. … If the racial makeup of that group had been different, the response at the Capitol likely would have been different as well,” Lemire said.
Lemire also hurled criticisms at former President Donald Trump for being “MIA” on Jan. 6, watching the event unfold through the television and “enjoying the footage, cheering on witnesses, his supporters at the Capitol, enjoying the spectacle, not checking on the health of his vice president who of course whose life was in danger.”
“This is going to be a story going forward as the Biden ministration braces itself for other potential threats, including, maybe tomorrow,” Lemire said, amplifying yet another unfulfilled media prophecy.
The AP’s @JonLemire claims the George Floyd protests/riots, which led to an $2 billion in damages, 14,000 arrests, 20+ deaths & 12 cops shot, “were nonviolent.”
“These were nonviolent protesters, racially mixed, a lot of young people … There was no violence there.” pic.twitter.com/swRhZI3jp4
Lemire is not the first journalist to falsely say the riots that plagued cities around the nation last summer were not violent.
“This is mostly a protest,” MSNBC reporter Ali Velshi yelled into his microphone as rioters in Minneapolis gathered around a burning building behind him. “It is not, generally speaking, unruly.”
“This mostly a protest. It is not, generally speaking, unruly.
But fires have been started.”
MSNBC reporter says protests in Minneapolis are not “generally speaking, unruly” as buildings burn in the background. pic.twitter.com/IzzEmKgxhM
Others justified the violence as an “expression of anger and frustration” after years of racial oppression and police brutality.
“The common theme that ties all of this together is an expression of anger and frustration over what people feel like has become an all-too-familiar story,” said CNN’s Omar Jimenez as a chyron reading “Fiery But Mostly Peaceful Protests After Police Shooting” rolled across footage of burning buildings in Kenosha, Wisconsin.
Oh my god this is a real chyron from CNN on Tuesday morning https://t.co/gM03REueuJ pic.twitter.com/XBYHmPNnGE
Jordan Davidson is a staff writer at The Federalist. She graduated from Baylor University where she majored in political science and minored in journalism.
Associated Press Capitol Riot George Floyd riots