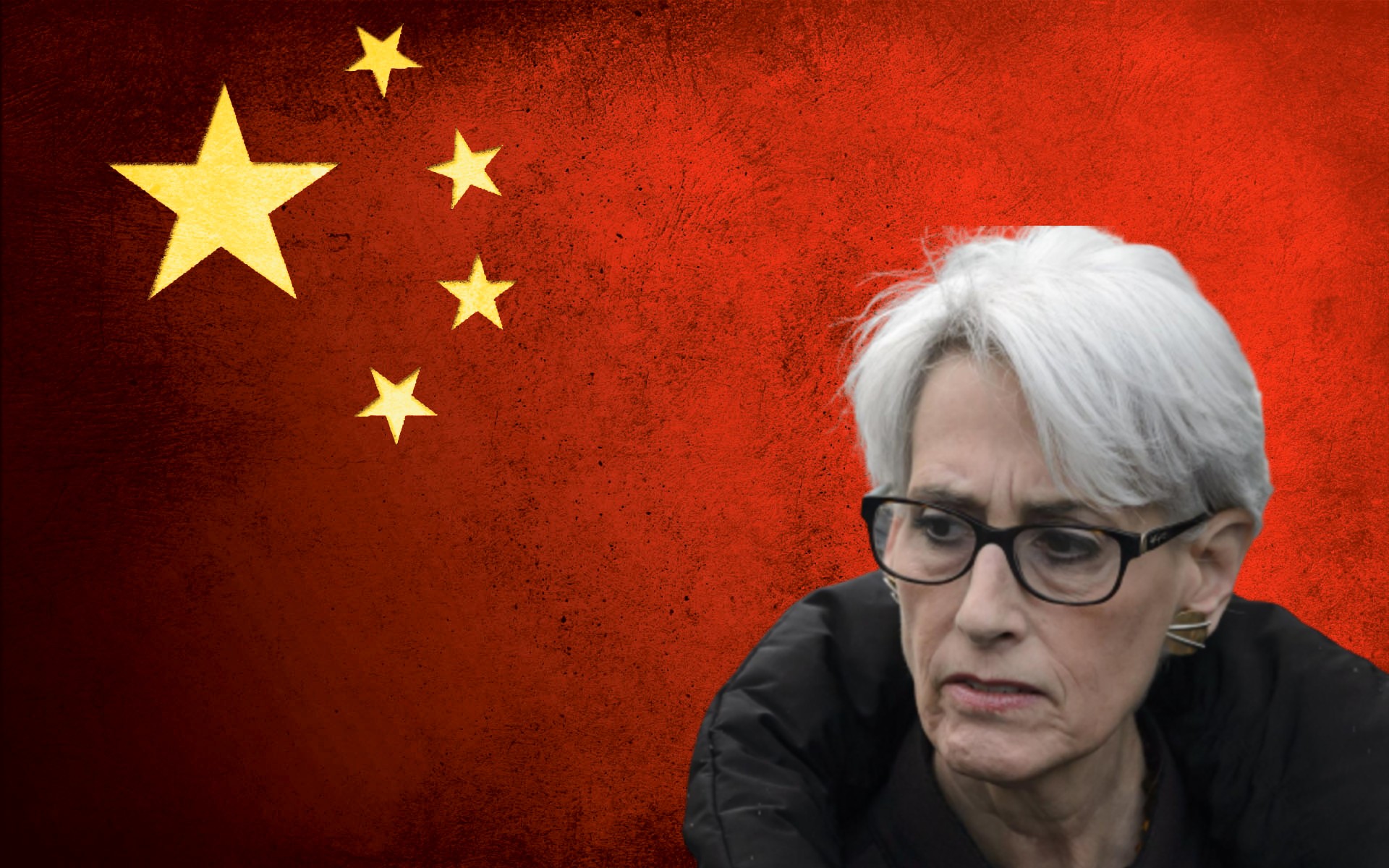 Wendy Sherman – President Biden’s pick for Deputy Secretary of State – took a trip to China sponsored by the China-United States Exchange Foundation, a state-sponsored propaganda effort that seeks to “influence foreign governments and other actors to take actions or adopt positions supportive of Beijing’s preferred policies.”
The National Pulse can also reveal that Sherman, currently undergoing an already difficult Senate confirmation process, has additional ties to Chinese Communist Party-linked academic institutions, consulting firms, and advocacy groups.
While speaking at one of these groups—the National Committee on U.S.-China Relations (NCUSCR)—she praised a speech by Xi Jinping as “extraordinary” while professing “the U.S. does not fear the rise of China.”
Compromised.
Sherman joined a China-bound delegation comprised of scholars from the Center for American Progress (CAP) sponsored by the China-United States Exchange Foundation (CUSEF).
CAP, a think tank heavily influential under President Barack Obama, noted it was “sending a distinguished group of experts and officials to Beijing on a fact-finding mission to meet with ministers and high-level officials from the Chinese government”:
CAP President and CEO John Podesta led the delegation, which included Senator Thomas Daschle (D-SD), Ambassador Wendy Sherman, CAP Senior Vice President for National Security and International Policy Rudy deLeon, SEIU President Andy Stern, MIT Professor John Deutch, Chairman of Pritzker Realty Group Penny Pritzker, Los Angeles City Council President Eric Garcetti, Blue Engine Message and Media President Erik Smith, and Financial Crisis Inquiry Commission member Byron Georgiou. President of Fontheim International, LLC Claude Fontheim and CAP staffers Julian Wong, Sarah Miller, and Winny Chen were also in attendance to provide support for the trip.
“The delegation met with officials and held a series of in-depth discussion sessions with renowned Chinese academics, businesspersons, religious leaders, and policy advisors on issues at the forefront U.S.-China relations, including climate change, economics, and national security,” a summary adds.
CUSEF boasted about the event in its 2009 promotional brochure, describing “discussion sessions” that focused on “geopolitical cooperation” and “military-to-military collaboration.”
And delegation lead John Podesta emphasized that “both countries now must exhibit commitment and determination to build a positive, cooperative and comprehensive China-US relationship for the future.”
Sherman is pictured in the brochure aboard a train from state-owned China Railway.
2009 CUSEF BROCHURE.
Find Out More >
CUSEF’s Founding Chairman doubles as the Vice-Chairman of the “highest-ranking entity overseeing” China’s United Work Front, which, according to the U.S.-China Security and Economic Review Commission, aims to “to co-opt and neutralize sources of potential opposition to the policies and authority of its ruling Chinese Communist Party” and “influence overseas Chinese communities, foreign governments, and other actors to take actions or adopt positions supportive of Beijing’s preferred policies.”
CUSEF attempts to “effectively disseminate positive messages to the media, key influencers and opinion leaders, and the general public” regarding the Chinese Communist Party, according to Foreign Agent Registration Act (FARA) filings with the Department of Justice.
The National Pulse has previously revealed CUSEF sponsoring trips to China for mainstream corporate media outlets in exchange for “favorable coverage” and for current and former elected U.S. officials “chosen based on their […] open-minded perspective to China.”
CCP Sell-Out.
Sherman also signed onto a letter from the Asia Society—a pro-China lobby group which sponsors several Chinese Communist Party-funded Confucius Institutes across the United States—calling for collaboration with China on the development of a COVID-19 vaccine and insisting the U.S. can rely on China for “protective gear and medicines needed to fight the virus.”
She also delivered the 2017 keynote address for the National Committee on U.S.-China Relations (NCUSCR) where she praised Xi Jinping’s speech as “extraordinary” while calling for China to “assume a greater role” in the international order:
Business leaders must join political leaders to explain to the American public how the United States benefits from global trade and an open investment environment and why we should not, must not, frankly cannot retreat from globalization. China has an increasingly critical role to play in this global project. It is in China’s interest now to assume a greater role as a responsible international stakeholder and leader as President Xi himself acknowledged during his extraordinary speech at Davos earlier this year. As a rising power, China needs to be part of the solution.
“The U.S. does not fear the rise of China. A China that rises as long as we’re all playing by fair rules and high norms is fine. A China that is strong and healthy and active on the world stage is good for the United States. It’s good for our economy. It’s good for our people,” she later adds.

Sherman also served as an honorary Vice-Chair for a 2019 NCUSCR Gala.
Sherman is also a Senior Counselor at the Albright Stonebridge Group after “having helped to found and grow the firm for a decade,” which has extensive ties to the Chinese Communist Party. Declaring China “the firm’s largest single country practice” on the company website, the firm employs a host of former Chinese government officials and advises companies looking to do businesses in and outsource to China.
Sherman is also a Senior Fellow at the Harvard Kennedy School’s Belfer Center, which hosts cybersecurity working groups alongside Chinese Communist Party government and military officials, despite China’s repeated poaching and hacking of U.S. technology.

0
0
Do you believe the “official” version of events on Jan 6th? *YesNoNot SureYour e-mail is required to confirm your vote. This is to stop spammers. If you use a fake email, your vote won’t be counted.
Email *
Submit