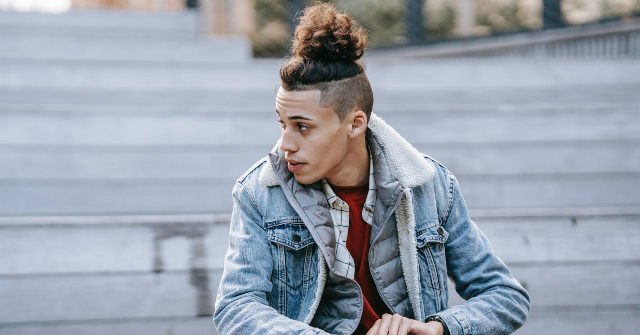 Exclusive: Unreleased Federal Report Concludes ‘No Evidence’ that Free Speech Online ‘Causes Hate Crimes’
2,781 Keira Burton/Pexel
Allum Bokhari
3 Mar 2021
Freedom of speech on the internet did not lead to a rise in “hate crimes,” according to a report sent from the U.S. Department of Commerce to Congress in January — a report that has yet to appear on any government website.
Breitbart News has obtained a copy of the report, which is published in full below. But sources close to the government say they are baffled as to why it wasn’t released publicly after being sent to Congress.
The report was prepared by the Department of Commerce’s National Telecommunications and Information Administration (NTIA), which is responsible for advising the President on all matters related to telecommunication and the internet.
It was drafted to revise the findings of a previous report from NTIA in 1993 titled The Role of Telecommunications in Hate Crimes. Although it was prepared under the Trump administration, the request to revise the report came from the 116th Congress, which was controlled by a 35-seat Democrat majority in the House and only a slim Republican majority in the Senate.
The 1993 report is still publicly available on the web. But the latest revision to its findings is not.
Sources who were close to the drafting and approval process suspect that bureaucrats and establishment politicians with a vested interest in the “hate crimes” panic are trying to suppress it, because its conclusions challenge popular media narratives alleging a rise in internet-inspired hate crimes.
“Reports like this are typically made public,” said a source who worked closely with the NTIA on the report. “I don’t know why this report isn’t up on a government website yet. It’s already been submitted to Congress, it’s not a private thing anymore. I suspect the Civil Rights Division might have something to do with it.”
According to the source, who formerly worked in the Trump administration, the updated report was bitterly opposed by the Civil Rights Division, which is the part of the DoJ responsible for prosecuting hate crimes.
The Civil Rights Division, said the source, is also at the forefront of “efforts to drum up hysteria” over white nationalist extremism in the U.S. Despite its opposition, however, the report was approved by the Office of Management and Budget (OMB) and sent to Congress.
But the report does not publicly appear on any website. No one in Congress has mentioned it. And the press has not reported on its findings — until now.
READ THE FULL REPORT HERE.

NTIA Hate Crimes Report January 2021
The report bluntly states that there is no evidence of a causal relationship between the growth in internet usage and hate crimes, pointing out that there is not even any correlation, as media allegations about a surge in hate crimes over the past five years are not supported by the Justice Department’s crime statistics.
From the report:
The evidence does not show that during last decade, a time of expansive growth of electronic communications, particularly on the Internet and mobile devices as well as social media, there has been a rise in hate crime incidents. [emphasis ours]
The report also warns that efforts to clamp down on online communications over unfounded concerns about “hate crimes” will undermine First Amendment values.
From the report:
We caution that efforts to control or monitor online speech, even for the worthy goal of reducing crime, present serious First Amendment concerns and runs counter to our nation’s dedication to free expression. To quote President Barack Obama, “The strongest weapon against hateful speech is not repression; it is more speech.”
The report also criticizes academic “extremism” researchers for failing to back up their assertions of a causal link between online hate speech and real-world hate crime.
From the report:
…this research, and much like it, fails to demonstrate any causal relationship between increased social media use and increased violence. This research does not present even comprehensive descriptive data correlating increased hate speech on social media with increased hate crimes.
Finally, the report issues a blistering condemnation of Silicon Valley companies for using the “hate speech” panic to undermine freedom of expression on their platforms.
From the report:
Clay Neff reported that tech leaders have recognized that relying on human teams alone to review content will not be enough and that artificial intelligence will have to play a significant role. That said, there are, of course, significant policy and practical limitations to reliance on automated content moderation. Interestingly, much of this technology is being developed from approaches pioneered by the Chinese Communist Party to stifle political discussion and dissent.
Given that all the major social media platforms have rules against hate speech and, in fact, employ sophisticated algorithmic artificial intelligence (AI) approaches to enforce these often vague and contradictory rules in a manner also used by tyrannous regimes, it is appropriate to ask what they gain from it. Certainly, as this Report shows, the platforms have no reasonable expectation that their censorship will end hate crimes or even diminish it, as no empirical evidence exists linking increased hate speech with hate crimes.
Further, this censorship poses real dangers to our political system. Under the hate speech prohibitions and other censorship rules, the platforms have removed content that many consider seriously engaged with pressing political and social issues.
Breitbart News has reached out to the NTIA and the Department of Justice’s Civil Rights Division for comment.
Allum Bokhari is the senior technology correspondent at Breitbart News. He is the author of #DELETED: Big Tech’s Battle to Erase the Trump Movement and Steal The Election.
PoliticsSocial JusticeTechDepartment of CommerceDonald TrumpFree Speech OnlineNTIAOn the Hillonline hate speech
.