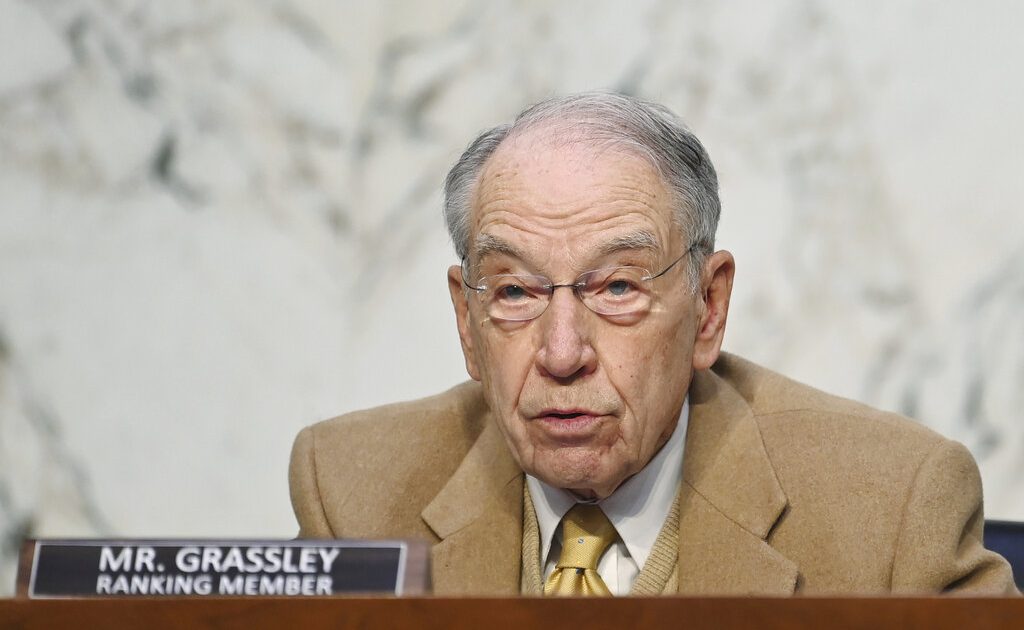 UPDATED 11:43 AM PT – Tuesday, March 2, 2021
Senate Judiciary Committee ranking member Chuck Grassley (R) said the U.S. must seriously examine the threats of domestic extremism, including those from the far-left.
During the panel’s hearing Tuesday, the ranking member said we must call out extremism every time. He also stressed that far-left group Antifa is as big of a threat to the country as white supremacy movements.
Grassley noted, leftist organizations have targeted property among other violent acts. He urged the FBI to fully combat extremism and domestic terror regardless of where it comes from.
“It can’t be that the FBI needs a fully funded art theft program, but can’t afford to fight both right wing and left wing extremism,” he stated. “We must examine the issue of domestic terrorism broadly, very broadly, to include all forms of political extremism, domestic terrorism…wherever it falls on the political spectrum.”
WATCH: @ChuckGrassley’s opening statement at this morning’s Senate Judiciary Committee @FBI oversight hearing.https://t.co/HR26gX1Zgs
— Sen. Grassley Press (@GrassleyPress) March 2, 2021Grassley went on to say the ultimate responsibility for the January 6 siege is on those who unlawfully entered the U.S. Capitol.