Trump Confirms He Called For 10,000 National Guard Which Pelosi Refused. 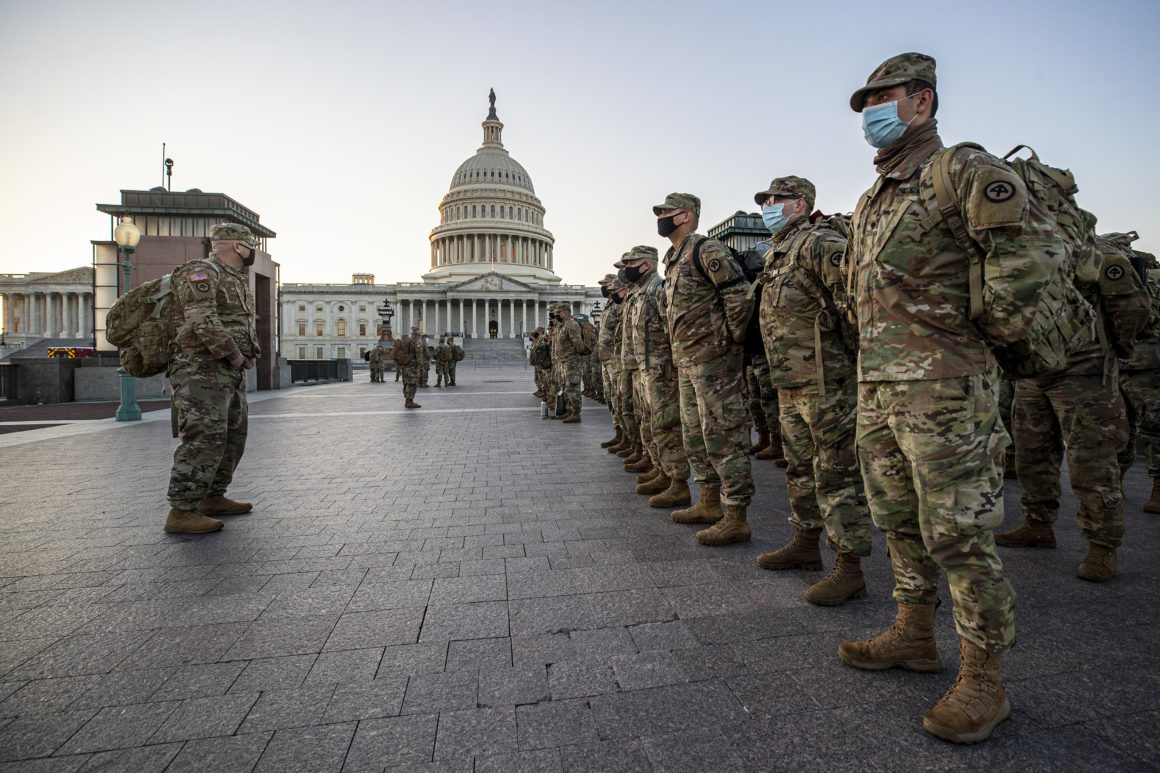 Donald Trump confirmed reports he requested 10,000 National Guard troops ahead of the January 6th rally in Washington, D.C.
Speaking with Fox News’ Steve Hilton on “The Revolution,” the former president outlined how he knew in advance of the crowd size: “Everyone said we’ll be at the rally. It was, I think, the largest crowd that I have ever spoken to before. I have spoken to big crowds, hundreds of thousands of people, more than that, but hundreds of thousands of people.”
In response, Trump said he “gave the number” to the Department of Defense, insisting that 10,000 members of the National Guard would be needed.
“They took that number, from what I understand, they gave it to people at the Capitol, that is controlled by Pelosi, and I heard they rejected it because they didn’t think it would look good,” added Trump in the interview after his Conservative Political Action Conference (CPAC) speech.
Trump’s comments follow reports that Pelosi discouraged the Sergeant at Arms from deploying the force and an implausible timeline whereby Pelosi approved a request for the National Guard before it was even received by former Sergeant at Arms Paul Irving.
Do you agree with Biden’s Syria strike? *YesNoNot SureYour e-mail is required to confirm your vote. This is to stop spammers. If you use a fake email, your vote won’t be counted.
Email *
Submit