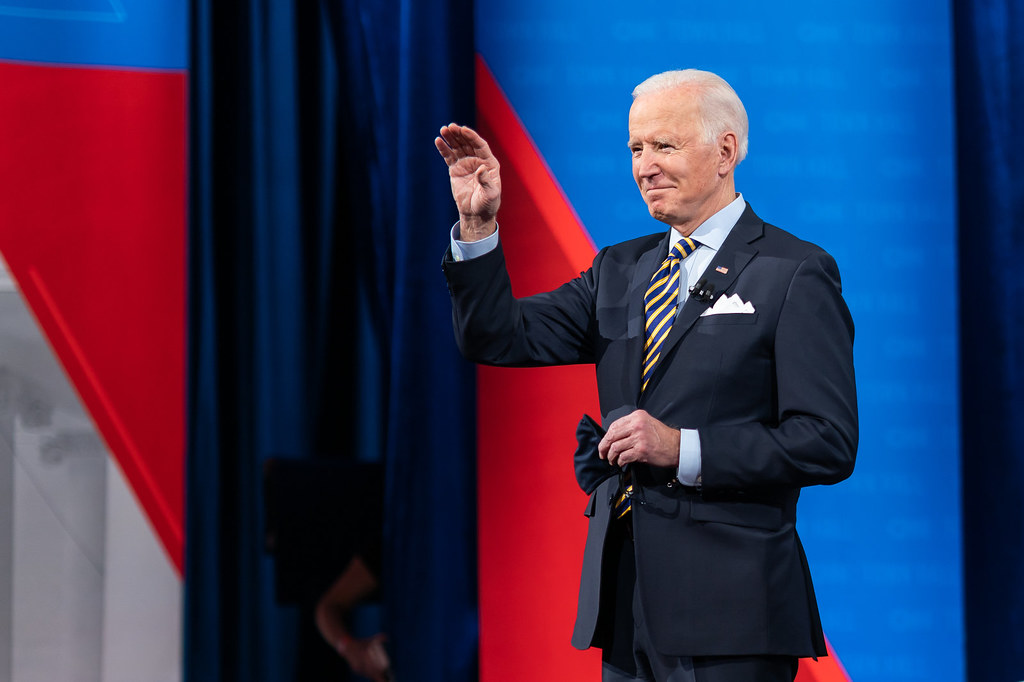 Just 36 days into the Biden regime, strikes on Syria are back.
Biden Bombs Syria.
Did the youth activists sign off on this?
The President ordered an airstrike Thursday night on facilities in eastern Syria, allegedly controlled by Iran-backed militia groups.
“These strikes were authorized in response to recent attacks against American and Coalition personnel in Iraq, and to ongoing threats to those personnel,” Pentagon spokesman John Kirby said in a statement. “Specifically, the strikes destroyed multiple facilities located at a border control point used by a number of Iranian-backed militant groups, including Kait’ib Hezbollah (KH) and Kait’ib Sayyid al-Shuhada (KSS).”
A senior defense official told POLITICO that the strike was the “middle” choice from a broad range of military options presented to Biden. An unnamed, local, medical source told The Jerusalem Post that 17 had been killed, but that number had not been confirmed.

Find Out More >
“Hey @realDonaldTrump, do you think the American people want another war in the Middle East?” Biden tweeted in January 2020. “Des Moines certainly doesn’t.”
Biden Calls Saudi Arabia, Kenya.
On Thursday, Biden made his first calls to Saudi monarch King Salman bin Abdulaziz Al Saud and Kenyan president Uhuru Kenyatta. Biden’s call with King Salman preceded the potentially explosive release of a declassified intelligence report on the death of journalist Jamal Khashoggi.
“Our administration is focused on recalibrating the relationship, as we’ve talked about in here previously, and certainly there are areas where we will express concerns and leave open the option of accountability,” press secretary Jen Psaki stressed in her briefing. “There are also areas where we will continue to work with Saudi Arabia, given the threats they face in the region.”
50 Million COVID-19 Shots In Arms.
The president delivered remarks Thursday afternoon at the White House commemorating 50 million Coronavirus vaccines administered in the United States since his swearing-in.
After the usual swings at the last administration, Biden plugged his coronavirus relief bill. “I hope Congress passes the American Rescue Plan, which I’ve been pushing, which provides funds for everything we need to do to beat this pandemic and to get the economy going again,” he said. “Now, critics say the plan is too big, that it costs too much. But let me ask a rhetorical question: What would you have me cut? What would you have me cut out?” (Here’s $420 billion’s worth of ideas.)
WATCH: After urging Americans repeatedly to wear a mask, Biden left his mask sitting on the lectern and power-walked back to retrieve it.
0
0
Do you agree with Biden’s Syria strike? *YesNoNot SureYour e-mail is required to confirm your vote. This is to stop spammers. If you use a fake email, your vote won’t be counted.
Email *
Submit