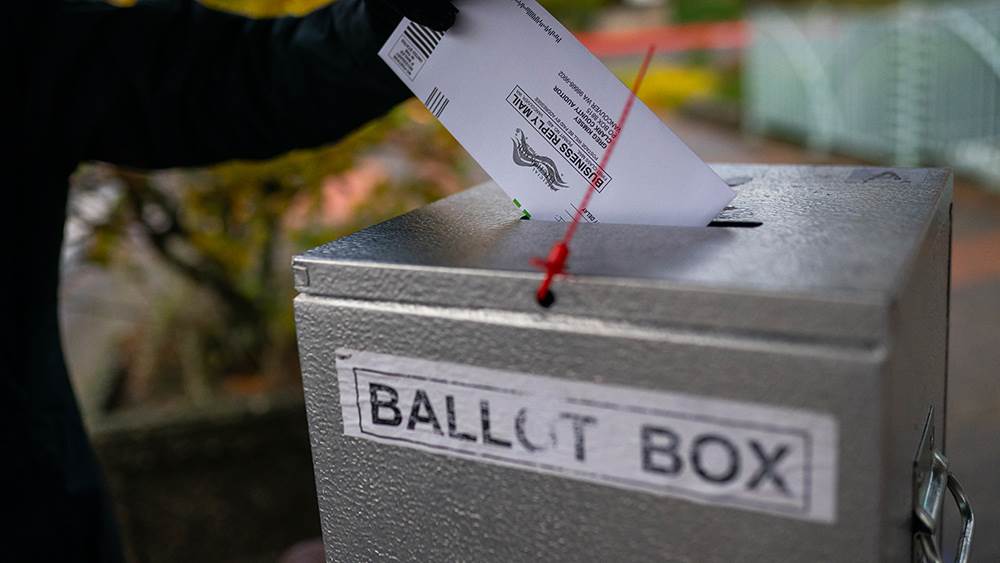 Holding a copy of the email during the hearing, Waldron alleged that the information was given to him by a Pima County tech support provider. The whistleblower said that he also provided the information to the Justice Department.

The email said that Pima County and the Democratic Party “added fraud votes in the initial vote-by-mail totals released at 8 p.m. on Nov. 3,” according to Waldron.

And there’s this: Waldron said, “Our team mostly focused on ‘Spike Analysis’ — which were an electronic injection of a lot of votes…and where the number of votes that were injected in a specific time period exceeded the ability of the scanners to process and upload ballots.”

Translation: Votes were added to ballot machines at a rate faster than physically possible, which means that they had to have been ‘injected’ electronically.

It turns out that Waldron isn’t the only cyber forensics expert who thinks so.

Dr. Navid Keshavarz-Nia, a cyber forensic expert’s expert, does too. And the good news is he has joined attorney Sidney Powell’s effort to expose the massive fraud we all know occurred on election night.

Dr. Kershavarz-Nia’s name may not mean a lot to you, but it’s one of the weightiest names in the world when it comes to sniffing out cyber-security problems.

We know how important Dr. Kershavarz-Nia is because, just two and a half months ago, the New York Times ran one of its Sunday long-form articles about a massive, multi-million-dollar fraud that a talented grifter ran against the American intelligence and military communities. Dr. Kershavarz-Nia is one of the few people who comes off looking good.

And what does the Times have to say? Only this:

Navid Keshavarz-Nia, those who worked with him said, “was always the smartest person in the room.” In doing cybersecurity and technical counterintelligence work for the C.I.A., N.S.A. and F.B.I., he had spent decades connecting top-secret dots. After several months of working with Mr. Courtney, he began connecting those dots too. He did not like where they led.

And without even examining the machines — looking only at the available data — Nia has already concluded the same thing Waldron has: It was physically impossible to load as many ballots as were loaded into voting machines in the timeframe the votes were supposedly scanned in.

“The favorable votes pouring in after hours for Biden could not be accounted for by a Democrat preference for mailed in ballots. They demonstrated manipulation. For example, in Pennsylvania, it was physically impossible to feed 400,000 ballots into the machines within 2–3 hours,” he said in a sworn affidavit given to Powell.

He also noted, “The simultaneous decision in Pennsylvania, Wisconsin, Arizona, Nevada, and Georgia to pretend to halt counting votes was unprecedented and demonstrated a coordinated effort to collude toward desired results.

Nia also said the CIA software “Hammer and Scorecard is real, not a hoax, and both are used to manipulate election outcomes.”

Translation: “The smartest person in the room” agrees with Powell and other cyber experts who have examined the available data and considered witness statements given in affidavits.

The 2020 election was stolen from the American people. The only question that remains is, what are we going to do about it?