Top 5 reasons NOT to get a flu shot 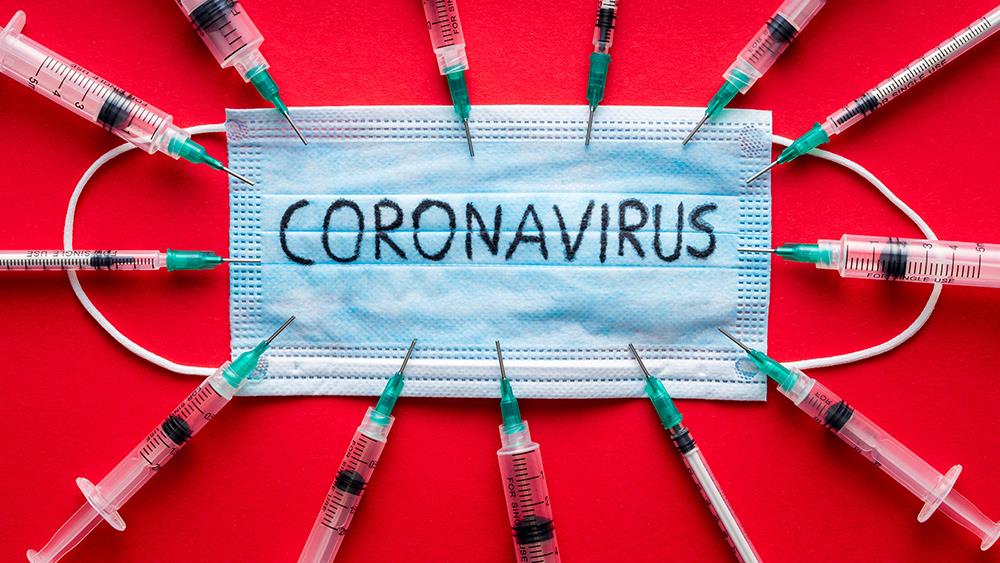 (Natural News) Ask yourself right now why the flu shot is almost always free, when all other preventative “medicine” costs a small fortune, even with insurance? In 1986, the vaccine industry as a whole was going bankrupt because they were fighting off so many lawsuits, so they went and lobbied Congress, who established the National Childhood Vaccine Injury Act, to save the vaccine manufacturers from going under. From then on, compensation for vaccine-related injuries, no matter how severe, would come from a slush fund that’s funded by, wait for it… taxpayers.

Yes, folks, and that in itself is exactly why the flu shot is free, because of all the horrible health effects that send you and your children straight to the doctor for tests and prescribed chemical “treatment” of those symptoms. Think this one through very well.

It’s also important for all Americans to realize that 75 percent of all financial settlements for vaccine injuries are caused by the flu shot, and that’s where Dr. Alvin H. Moss, M.D. comes in. He testified to all of this, in front of the West Virginia Senate Education Committee in March of 2017. Dr. Moss is a professor and a physician at the Center for Health Ethics & Law Department at West Virginia University, and he’s testifying that the Vaccine Injury Compensation Program has already paid out over $3.6 billion for vaccine injuries, and that was almost three years ago. Then think of all the injured people who didn’t win in court, or even go to court, fearing they couldn’t or wouldn’t win anyway.

Plus, the most money paid out ever in one year happened in 2016, so it’s getting worse. Think about that for a minute. That’s nearly $4,000 MILLION, dished out in secret, never to be talked about, because vaccines are so dangerous. Surely that total has surpassed $4 billion by now. Even though 40 percent of all vaccines are flu shots, more than 60 percent of injury compensations stem from it. Go figure.

#1. Flu shots lower your immunity to other viruses, including Covid-19.

#4. No flu shot has ever been proven safe or effective in clinical trials.

#5. The flu shot is “free” because it causes so many other expensive ailments.

Yes, receiving the flu shot can INCREASE your risk of catching other respiratory viruses, and when you hear that, you can’t help but think of the “C” word — Covid. This phenomenon of catching dangerous respiratory viruses because you got the influenza vaccine is known as “virus interference,” and there’s science to back it up. Department of Defense personnel were researched based on their flu shot status in relation to their association with respiratory viruses.

This flies in the face of the narrative the corrupt Western medicine advocates push on the general masses via the FDA, CDC, paid-for-scientists and of course “state officials,” who all claim that all vaccines are all safe and effective 100 percent of the time. Take a look and you will find there is plenty of missing science. The “test negative” vaccine effectiveness study was a sham – just more wool pulled over the eyes of the ignorant public, who rush out to get the free mercury-loaded flu shot every year, including pregnant women and families with infants as young as six months.

Just this past March, Dr. Sanjay Gupta pushed his propaganda machine again, touting the flu shot at a “global” town hall (could there be a bigger oxymoron?). Gupta was claiming to clear any clouds of doubt about “Corona Facts and Fears,” while encouraging the audience to get jabbed with heavy doses of mercury that lower your immunity to other respiratory viruses, including Covid-19.

After getting a flu shot, your risk of catching Covid skyrockets at least 36 percent, and on up to 50 percent higher for human metapneumovirus (the latter causes upper and lower respiratory disease), and that’s according to laboratory data from a disease-specific investigation. Virus interference trends were recognized for Covid-19 and human metapneumovirus, and chances of contracting both were significantly higher when compared to unvaccinated people.

Another study published in the same medical journal Vaccine in April of 2018 (Volume 36, Issue 15) found that among children, the risk of catching an acute respiratory illness (ARI) goes up, and those illnesses come from non-influenza respiratory pathogens. So a child gets a flu shot, still gets the flu, and is more susceptible to catching non-flu-shot viruses too. It’s a double whammy and the odds are very high. How is this ever deemed “safe and effective?” The vaccinated children are the sickest Americans, and that, my friends, is why the flu shot is almost always “free.”

Tune your internet dial to Vaccines.news for updates on the deadly flu shot coming free to a poison injection outlet near you.

Sources for this article include: