Kristen Welker, the Next Debate Moderator, Got Busted Tipping Off Team Hillary in 2016 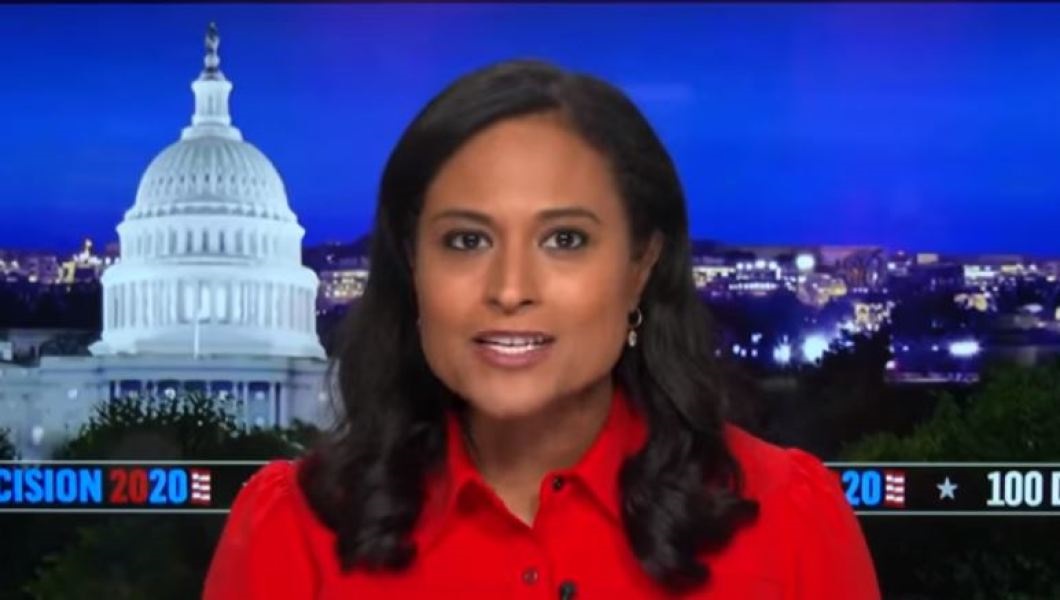 I knew, shortly after scheduled debate moderator and C-SPAN anchor Steve Scully claimed to have been hacked, that it was all over for him.

Scully, who had been tapped by the Commission on Presidential Debates to host the second showdown between President Trump and Joe Biden before its cancelation, was criticized on Twitter by President Trump as being a NeverTrumper. Scully, a veteran of a cable network beloved by wonks and political geeks alike, could have just about asked anyone orbiting the Beltway to advise him what to.

Naturally, what he did was confirm he was a NeverTrumper by asking onetime White House communications director and all-around human joke Anthony Scaramucci how to handle it: “@Scaramucci should I respond to trump,” he tweeted in what was apparently intended to be a private message.

Scully quickly claimed he was hacked and took his tweets private. As anyone who remembers the downfall of Anthony “Carlos Danger” Weiner can attest, if you’ve made a digital oopsie and need to cover your tracks, saying you’ve been hacked is the worst possible explanation — and this includes saying you’d mixed Vicodin, Klonopin and eight shots of Bacardi and had no memory of tweeting that sucker. This is because, unlike claiming you’d ingested a dangerous cocktail of intoxicants and then decided to take to social media, it doesn’t take much forensic work to disprove that you were hacked.

According to CNN, Scully issued an apology last week, saying he’d made “errors in judgment.” He’s currently on “administrative leave,” meaning he won’t be fielding prank calls on “Washington Journal,” much less moderating any debates.

Next up to the plate when it comes to debate moderators is Kristen Welker, an NBC News White House correspondent. Welker is in charge of questioning during this week’s debate, scheduled to begin at 9 p.m. Thursday at Belmont University in Nashville, Tennessee.

Now, remember, Steve Scully — a soporific non-entity for the oatmeal of cable political channels, a man even C-SPAN watchers could only probably identify after they were told he’s the one that kind of looks like Lindsey Graham if you squint — turned out to be a biased mess. Welker is a reporter for the most left-leaning of the major broadcast networks in an era where White House correspondents are expected to behave in the combative mold of Jim Acosta. What are the odds she turns out to be less partisan?

Probably not great, but she’d prefer you not know that. Welker, famous for tipping off Hillary Clinton’s spokeswoman on camera about a question she would ask during an interview, briefly deactivated her Twitter account in the wake of Scully’s scandal.

Welker, who has over 160,000 followers, decided to deactivate her account on Oct. 9 in the wake of the Scully/Mooch debacle, according to Fox News. It was later restored.

Deleting the account wouldn’t actually have made things much easier for Welker, who, the New York Post, points out has “deep Democrat ties.”

She was a registered Democrat in Rhode Island in 2004 and Washington, D.C., in 2012. Neither of these should surprise you. Nor should it be a surprise that, as the Post reported, “[h]er mother, Julie Welker, a prominent real estate broker in Philadelphia, and father, Harvey Welker, a consulting engineer, have donated tens of thousands of dollars to Democratic candidates and close to $20,000 to Barack Obama alone.” They’ve also donated to Joe Biden‘s campaign this year.

When it comes to Donald Trump, meanwhile, here are the kind of questions she’s asked as White House correspondent: “Mr. President, yes or no. … have you ever worked for Russia. Yes or no?”

Meanwhile, here she is talking with Jen Palmieri of Hillary Clinton’s campaign during the 2016 Democratic primary process:

“Go ahead, you’re live.” Translation: Don’t let on this interview is less than candid.

The incident took place right after a debate between Hillary Clinton and Bernie Sanders in Flint, Michigan, in March 2016. It may seem minor in hindsight, but it wasn’t at the time.

At the time, Sen. Sanders was hanging around longer than the Clinton campaign, which was expecting a coronation, had anticipated. The debate in Flint was meant to highlight the water crisis in the city and underscore key differences in the candidates’ messages: Clinton’s positioning as a realist who could get things done in Washington against Sanders’ rhetoric on economic inequality. Sanders would eventually take the state and the win would become one of the first signs the insurgent candidacy was going to be more nettlesome than originally predicted.

The fact that Welker was going along to get along with Clinton’s people was unsurprising, even though it should have been disqualifying.

The same spirit was also in evidence during the 2016 debates, which might have been part of the reason why Welker didn’t want her Twitter account up:

“Anyone who’s ever dealt with Welker knows she’s an activist, not a reporter. The White House press team views her the same way they would AOC or Pelosi if they walked in the office,” the New York Post quoted a senior White House official as saying.

According to the Washington Examiner, NBC has pointed to Trump campaign adviser Jason Miller saying Welker is “very fair in her approach” and “a good choice for the third debate.”

That sounds a lot like a pro forma statement, however — and the president doesn’t concur:

Given the tenor of the recent debates, anyone short of Cincinnatus as moderator would likely raise some eyebrows. After Chris Wallace’s disastrous outing during the first exchange, we had l’affaire Scully and then the dueling town halls, where NBC’s Savannah Guthrie was apparently under the impression that “moderator” and “prosecutor” were synonyms while Joe Biden was given questions only slightly more difficult than what his favorite movie was. (That’d be “Chariots of Fire“, by the way, just in case you needed more evidence the Democratic nominee couldn’t be more basic.)

So now, we have a registered Democrat who straight-up asked the president whether he worked for Russia and was willing to tip off Hillary Clinton’s people during an interview four years ago about what questions she’d be asking them.

Forget pining for Chris Wallace, Savannah Guthrie or Steve Scully. Depending on how much of a dumpster fire this turns out to be, we all might actually have been better off settling for Anthony Scaramucci. Heaven knows the man needs the work.