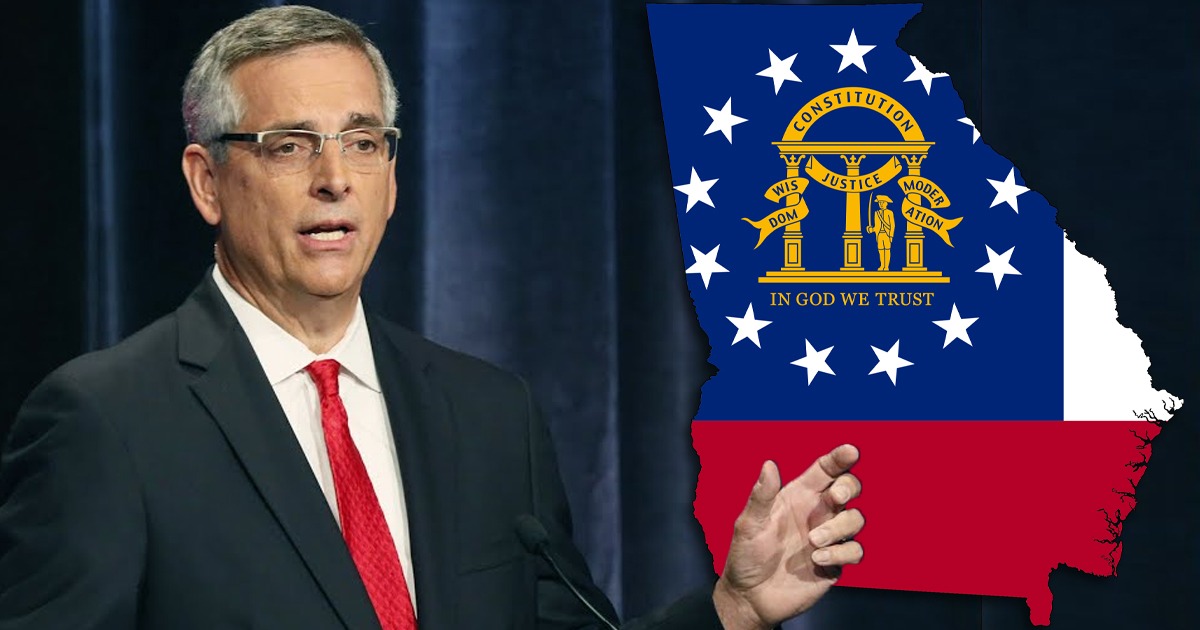 Georgia Secretary of State Brad Raffensperger, who repeatedly refused to examine credible accusations of widespread voter fraud after he oversaw the 2020 presidential election, was shot down in an election to become a delegate in his local Republican Party at the Fulton County Republican Caucuses today.
A source told National File that “Raffensperger was denied election as a delegate in his own precinct this morning at the Fulton County Republican Caucuses,” and that “Raffensperger failed to even secure a nomination for delegate.”
One participant said, “We are sending a message that will be heard all around the state. Raffensperger has got to go.” One source explained to national File that “Raffensperger‘s defeat comes as a shock given that Republican elected officials are often treated like royalty whenever they seek to be made a delegate to anything.”
Raffensperger did not even attend the caucuses but instead merely “sent a note requesting to be made a delegate,” however, “no one nominated him” and he did make it to the ballot as a result. “Turnout was very high at the caucus with 60-70% of participants being first time attendees,” National File’s source explained.
Brant Frost, Vice Chairman of the Georgia Republican Party told National File, “I voted for Brad in 2018 but he has let us all down. Today we sent a message that will be heard around all around Georgia and America. It is my earnest hope that Brad will not seek re-election as Secretary of State and enjoy his golden years in private life.”
Debbie Dooley, a veteran Tea Party activist and founder of the Atlanta Tea Party, told National File “Brad Raffensperger did not attend the mass meeting because he knew he would be met with disdain by the GOP activists and not welcomed.” She added, “My advice for him is to not attend his GOP County Convention either because there will be resolutions at GOP conventions across the state censuring him and calling on him to resign and not seek reelection.”
Multiple Georgians are expected to challenge Raffensperger for his seat as Secretary of State. Former Alpharetta Mayor David Belle, who ran for Georgia Secretary of State against Raffensperger and lost in the primary, has already announced his candidacy, and Georgia Congressman Jody Hice is also believed to be planning a run for Secretary of State.
As National File revealed in December of last year, Raffensperger is widely supported by the Chinese-American community in Georgia. Video recorded in 2015 shows Raffensperger begging the Chinese-American community for 100 votes in the then-upcoming race for the Georgia House of Representatives. Raffensperger went on to win by 159 votes. Atlanta 168, a Chinese-American website in Georgia, later bragged about the victory.
National File has also confirmed that Raffensperger’s office leaked the phone call between Raffensperger and President Donald Trump through Deputy Secretary of State Jordan Fuchs, who may have broken Florida’s two-party consent law when she made the recording while visiting her grandparents.
Tags: Brad RaffenspergerBrant FrostGeorgiaRepublican PartyShare to Gab

Original Story: Georgia Secretary of State Brad Raffensperger Fails to Secure Nomination as GOP Delegate in His Own Precinct