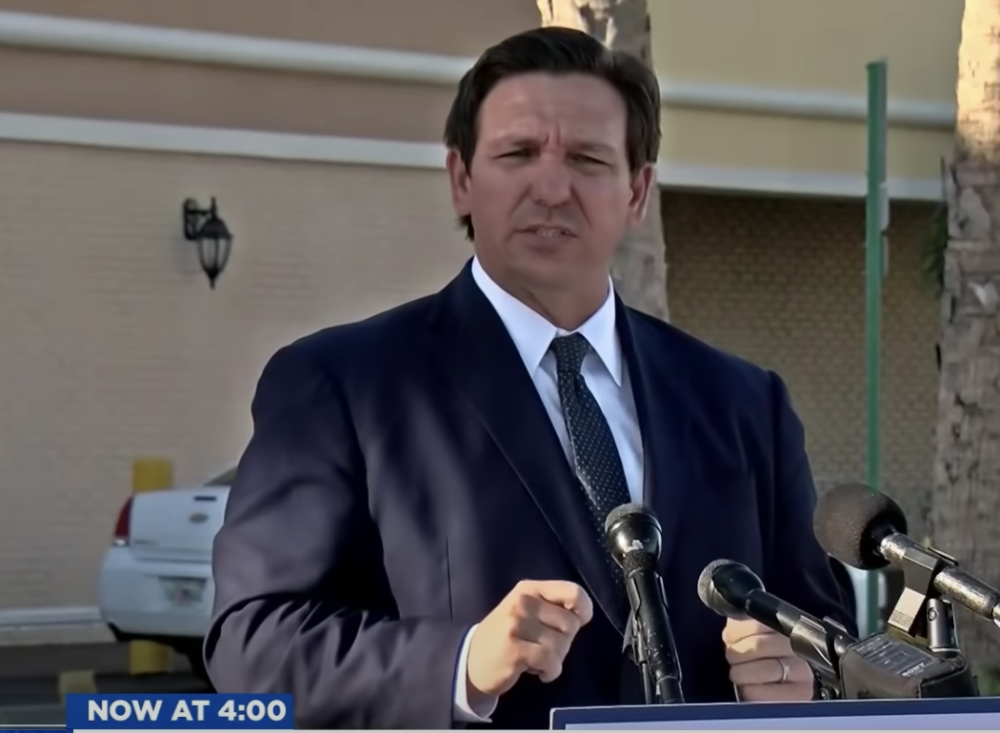 “Florida civics curriculum will incorporate foundational concepts with the best materials and it will expressly exclude unsanctioned narratives like critical race theory and other unsubstantiated theories,” DeSantis said. “Teaching kids to hate their country and to hate each other is not worth one red cent of taxpayer money.”
Gov. @RonDeSantisFL announces Florida’s curriculum will “expressly exclude…Critical Race Theory.”
“There’s no room in our classrooms for things like Critical Race Theory. Teaching kids to hate their country and to hate each other is not worth one red cent of taxpayer money.” pic.twitter.com/7y2b40GqDk
“No matter if your family came on the Mayflower or you became a naturalized citizen, these principles belong to you,” DeSantis said.
DeSantis said Florida would receive $106 million in pandemic-associated federal dollars. A new proposal by DeSantis would provide an additional $3,000 to public educators who are credentialed to teach American civics. About $16.5 million of the pandemic funds would be allocated to training educators and principals in civics.
In his speech, the governor laid out a plan to put $6.5 million toward public service advocacy programs between schools and the government, and $7 million for civics curricula that provide students with “foundational concepts.”
The proposed plan directly opposes civics mandates in the state of Illinois that call for critical race theory training, for instance. Illinois recently approved “Culturally Responsive Teaching and Leading Standards” that call for educators to assess their biases, and how those biases affect, “how they access tools to mitigate their own behavior (racism, sexism, homophobia, unearned privilege, Eurocentrism, etc).”
In February, a House bill in West Virginia was introduced by Republican Reps. Riley Keaton, Josh Holstein, Trenton Barnhart, and Johnnie Wamsley, to prevent critical race theory in education. In New Hampshire, Republican Rep. Keith Ammon sponsored a bill to “ban the promotion of race essentialism, collective guilt, and race-based harassment,” in schools.
On day 1 of his presidency, Joe Biden issued an executive order to rescind former President Trump’s ban on critical race theory training for employees in federal agencies and contractors.
Gabe Kaminsky is an intern at The Federalist and a student at the University of Pittsburgh. His work has appeared in The Daily Wire, Townhall, Fox News, The American Conservative, RealClearPolitics, The Washington Examiner, and other outlets. Follow him on Twitter @Gabe__Kaminsky or email [email protected]
Photo WKMG News 6 Click Orlando /YouTube
action civics Civics Mandates critical race theory Dena Simmons Florida Governor DeSantis New Hampshire Republican Governor Ron DeSantis State West Virginia