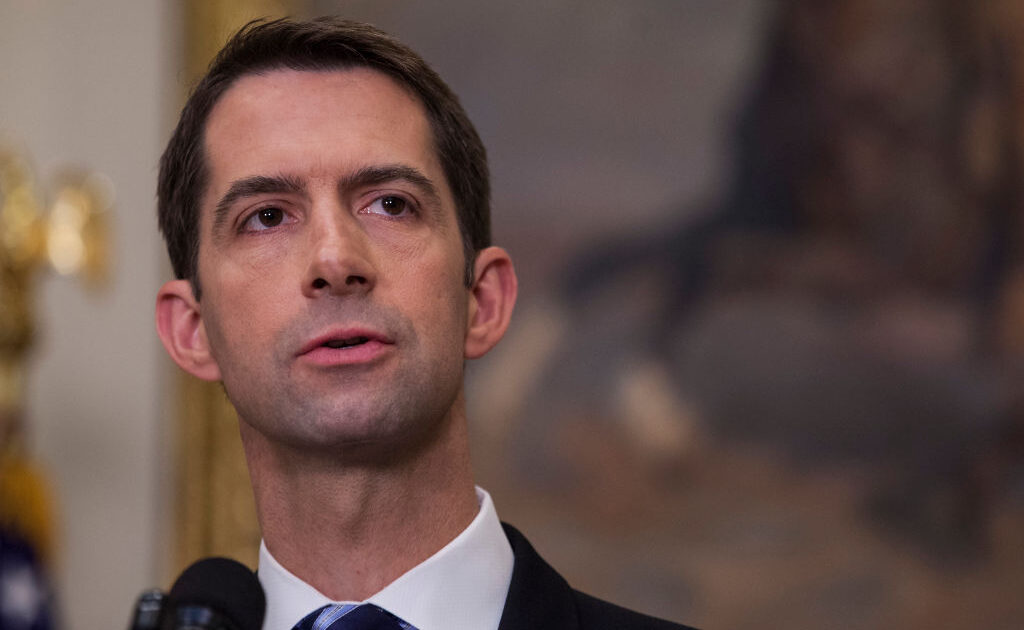 UPDATED 6:42 PM PT – Tuesday, March 16, 2021
Sen. Tom Cotton (R-Ark.) condemned the U.S. Chamber of Commerce for the organization’s decision to back several Democrats in the 2020 elections.
In an interview on Tuesday, Cotton said the Chamber mostly just exists to pay the lavish salaries of it’s executives and to give them expense accounts to fund fancy meals and private jet travel. The senator suggested multinational corporations have taken a hold of the organization and are using it as a front to push their agenda on Capitol Hill.

Cotton stressed the Chamber of Commerce has little influence in the GOP.
“The Chamber endorsed several liberal Democrats for Congress, and all those liberal Democrats turned around last week, and every single one of them voted for Nancy Pelosi’s radical union bill,” Cotton stated. “I’m not aware of any Republicans who really listen to what the Chamber has to say anymore. I mean, the Chamber of Commerce long ago purged most, if not all of its real Republicans in top ranks.”
Cotton went on to praise state and local chambers of commerce, suggesting they have taken a different path than the national organization.