Democrats Plot To Kill Filibuster Because They Only Care About Power 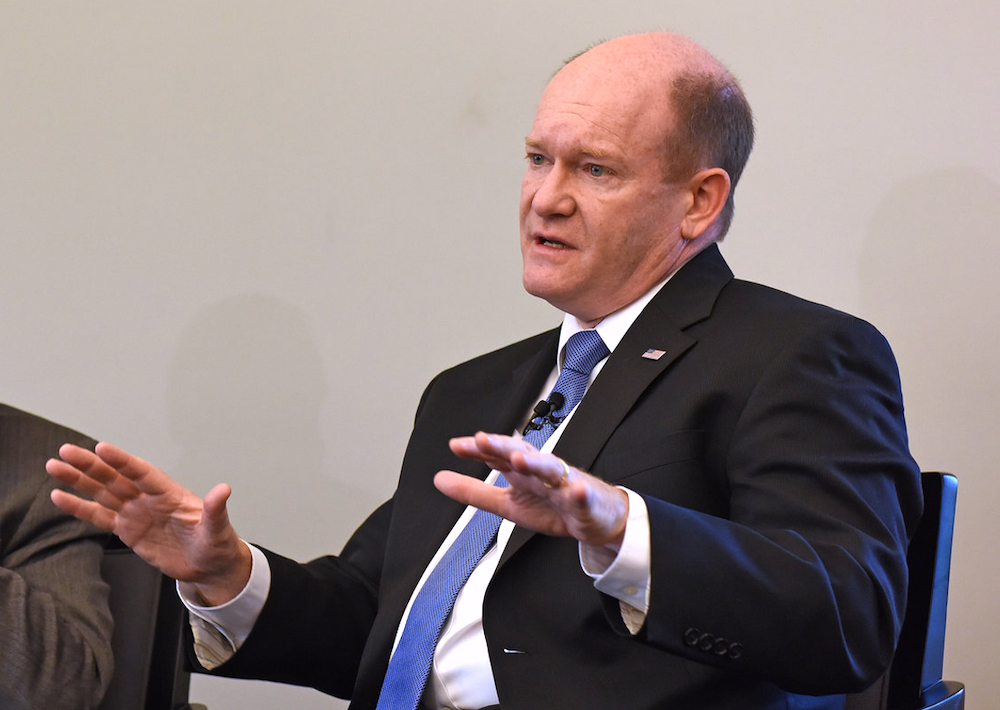 “I’m not going to say that you must get rid of the filibuster [entirely]. I would say you would do well to develop a Manchin-Sinema rule on getting around the filibuster as it relates to race and civil rights,” said House Majority Whip Jim Clyburn of South Carolina.
“We’re headed for a showdown between the John Lewis Voting Rights Advancement Act and the filibuster — a relic of Jim Crow,” Rep. Joaquin Castro of Texas warned in a statement to Politico Playbook.
President Joe Biden also hinted that he would support a certain kind of filibuster “reform” if it meant keeping Congress moving. “I don’t think that you have to eliminate the filibuster, you have to do it what it used to be when I first got to the Senate back in the old days. You had to stand up and command the floor, you had to keep talking,” Biden told ABC’s George Stephanopoulos on Tuesday evening.
“So you’re for that reform? You’re for bringing back the talking filibuster?” Stephanopoulos asked.
“I am. That’s what it was supposed to be,” Biden said. “It’s getting to the point where, you know, democracy is having a hard time functioning.”
Senate Minority Leader Mitch McConnell condemned the Democrats’ sudden commitment to “steamrolling any obstacle to short-term power” noting it would be detrimental to the integrity of the Senate and the preservation of the minority party’s opinion.
“[U]nder pressure from the outside, many of our Democratic colleagues are abandoning their stated principles as fast as possible. … The framers designed the Senate to require deliberation … to force cooperation … and to ensure that federal laws in our big, diverse country earn broad enough buy-in to receive the lasting consent of the governed,” McConnell stated. “Senate Democrats parroted all these arguments when they were the ones benefiting from minority protection. When President Trump pressed Republicans to kill the filibuster, our Democratic colleagues cried foul.”
As McConnell noted, the campaign to employ the “nuclear option” is not new. For years, Democrats, even traditional constitutionalists, vowed to take “urgent and effective action” to ensure the filibuster would not stand in their way, especially if Biden was elected and they regained control of Congress.
“I will not stand idly by for four years and watch the Biden administration’s initiatives blocked at every turn,” Sen. Chris Coons of Delaware said in an interview last June. “I am going to try really hard to find a path forward that doesn’t require removing what’s left of the structural guardrails, but if there’s a Biden administration, it will be inheriting a mess, at home and abroad. It requires urgent and effective action.”
Some of these same legislators, however, have also expressed concerns about filibuster reform in the past, especially after former President Donald Trump suggested it, warning that it essentially turns the Senate into the House of Representatives and prevents the minority party from having a say in lawmaking.
“I am committed to never voting to change the legislative filibuster,” Coons said on congressional record in 2018.
“Well, I can tell you that would be the end of the Senate as it was originally devised and created going back to our Founding Fathers,” Sen. Dick Durbin told ABC in 2018. “We have to acknowledge our respect for the minority, and that is what the Senate tries to do in its composition and in its procedure.”
“My colleagues and I, everybody I’ve talked to, believe the legislative filibuster should stay there, and I will personally resist efforts to get rid of it,” Sen. Cory Booker of New Jersey said in 2019.
More than 60 Democratic and Republican legislators wrote a letter to Senate leadership in 2017 urging them to reconsider McConnell’s decision to “curtail the existing rights and prerogative of Senators” and prevent the minority party from blocking judicial and executive nominees.
“We are writing to urge you to support our efforts to preserve existing rules, practices, and traditions as they pertain to the right of Members to engage in extended debate on legislation before the United States Senate. Senators have expressed a variety of opinions about the appropriateness of limiting debate when we are considering judicial and executive branch nominations,” the letter stated. “Regardless of our past disagreements on that issue, we are united in our determination to preserve the ability of Members to engage in extended debate when bills are on the Senate floor.”
Jordan Davidson is a staff writer at The Federalist. She graduated from Baylor University where she majored in political science and minored in journalism.
Photo White House FlickrPhoto
Photo U.S. Institute of Peace/Flickr
Congress Democratic Party Filibuster Joe Biden legislative agenda Senate Democrats

Original Story: Democrats Plot To Kill Filibuster Because They Only Care About Power