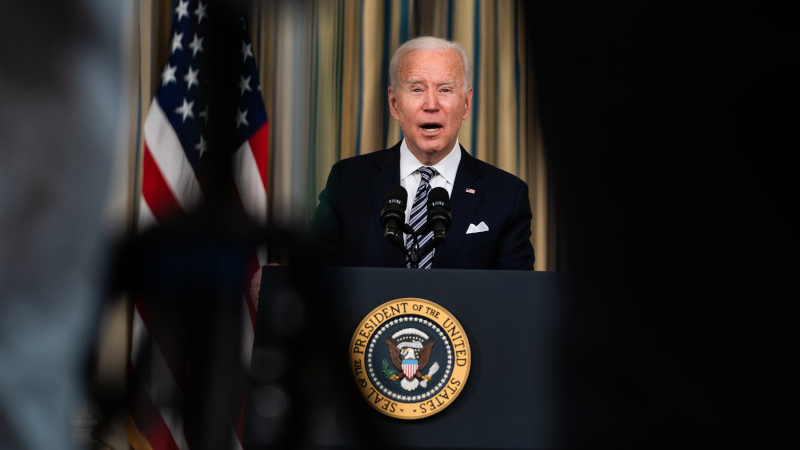 President Joe Biden apparently doesn’t share his chief Covid-19 adviser’s view that Donald Trump would be a “game changer” in promoting vaccines, instead saying local church leaders and doctors would have the biggest impact.
“The thing that has more impact than anything Trump would say to the MAGA folks is what the local doctor, what the local preacher, what the local people in the community say,” Biden said on Monday of the advice he’s getting from staffers. “So I urge all local docs and ministers and priests to talk about why, why it’s important to get that vaccine, and even after that until everyone is, in fact, vaccinated, to wear this mask.”

REPORTER: Should Trump should help promote the vaccine to his supporters?

BIDEN: My team says “the thing that has more impact than anything Trump would say to the MAGA folks is what the local doctor, what the local preacher, what the local people in the community say…” pic.twitter.com/crVYIGsrbp
— Breaking911 (@Breaking911) March 15, 2021
Biden made his comments after a reporter shouted a question at a White House event regarding the enactment of the Democrats’ $1.9 trillion Covid-19 relief legislation. The statement came one day after Dr. Anthony Fauci, the media-adored government expert on all things coronavirus, said former president Trump could have a huge impact by encouraging his supporters to get vaccinated.
“I think it would make all the difference in the world,” Fauci told Fox News anchor Chris Wallace. “He’s a very widely popular person among Republicans.”
Wallace cited an NPR/PBS poll showing that 49 percent of Republican men said they don’t plan to receive a Covid-19 vaccine. Fauci said of Trump, “If he came out and said, ‘Go and get vaccinated, it’s really important for your health, the health of your family and the health of the country,’ it seems absolutely inevitable that the vast majority of people who are his close followers would listen to him.”
Both appeals for help were ironic. A group of evangelical leaders who supported Biden in the November 3 presidential election said last week that they felt betrayed by the new president because his party’s Covid-19 relief bill allowed for billions of tax dollars to be spent on abortion – breaking with nearly half a century of government policy on the issue.
Fauci praised Biden on Covid-19 policies and criticized Trump in a Washington Post interview that was published just three days before the election. The media blamed Trump for US pandemic deaths and portrayed Fauci as a hero, despite the fact that Trump implemented the policies recommended by Fauci.

Trump also was stung on the vaccine issue by Biden and Vice President Kamala Harris. Biden said in CNN town hall event in February that “we didn’t have” a Covid-19 vaccine when he came into office, while Harris said separately that the new administration was “starting from scratch” and there was “no national strategy or plan for vaccinations.”
One of Trump’s proudest accomplishments as president was spurring development of Covid-19 vaccines at record pace through the White House’s Operation Warp Speed initiative. He took credit for those successes again in a statement last week.
“I hope everyone remembers when they’re getting the Covid-19 (often referred to as the China virus) vaccine, that if I wasn’t president, you wouldn’t be getting that beautiful ‘shot’ for 5 years, at best, and probably wouldn’t be getting it at all,” Trump said. “I hope everyone remembers.”
Biden critics were skeptical on Monday that a good word from local pastors would persuade people to get vaccinated. “So as a follower of Christ I should also follow the orders of a tyrannical government leader?” Twitter commenter Jean Juniel asked. “Let me circle back.”

Alex Jones breaks down the growing resistance to medical tyranny as 17 nations have now banned the AstraZeneca Covid vaccine.
Share