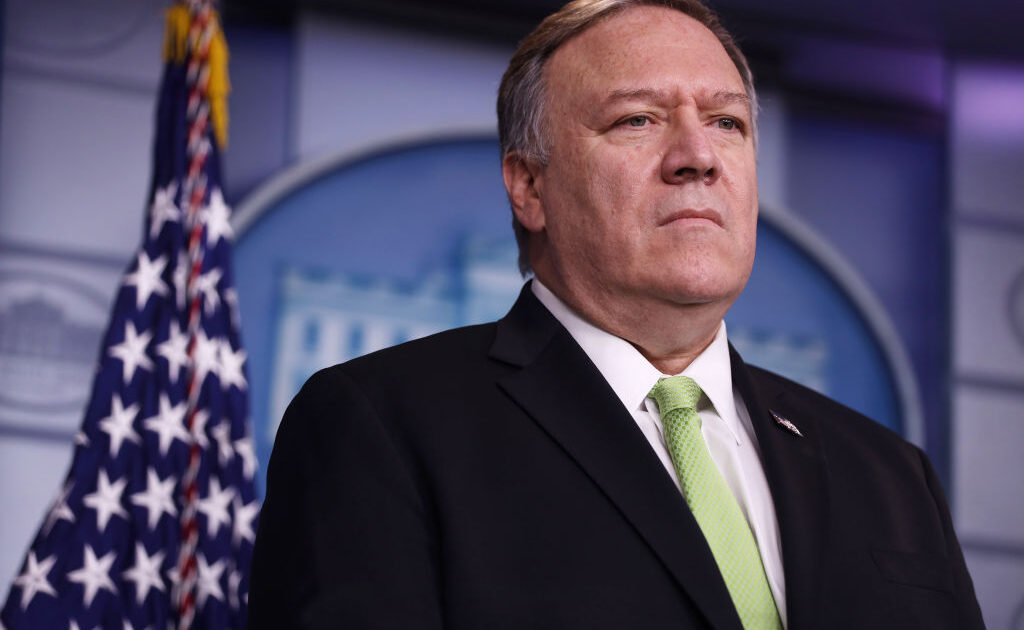 UPDATED 8:00 PM PT – Sunday, March 14, 2021
Former Secretary of State Mike Pompeo said Biden’s push to rejoin the failed deal with Iran would undermine U.S. national security.
“If this administration unwinds that and goes back to the deal that we had with Iran when President Obama was in office, America will be less secure. Israel will be less secure. The Middle East will be less secure,” Pompeo stated. “The entire region will be less stable.”
In Sunday’s interview, Pompeo said Iran’s ayatollah regime does not understand diplomacy and agreements and only understands strength. He added Biden’s attempts to negotiate with Iran will result in America being taken advantage of, yet again.

Mike Pompeo spoke during a news conference at the State Department in Washington, D.C on June 10, 2020. (Photo by ANDREW HARNIK/POOL/AFP via Getty Images)

“President Trump was very clear that this would be the direction for the United States of America, that we would do the right thing by our friends and allies,” Pompeo said. “I think the Iranians have come to believe that they can threaten and bluster and receive things in exchange for nothing.”
Pompeo reiterated Iran is hoping that Biden will leave its regional aggression unanswered. If that happens, future Iranian attacks will only increase in scale.