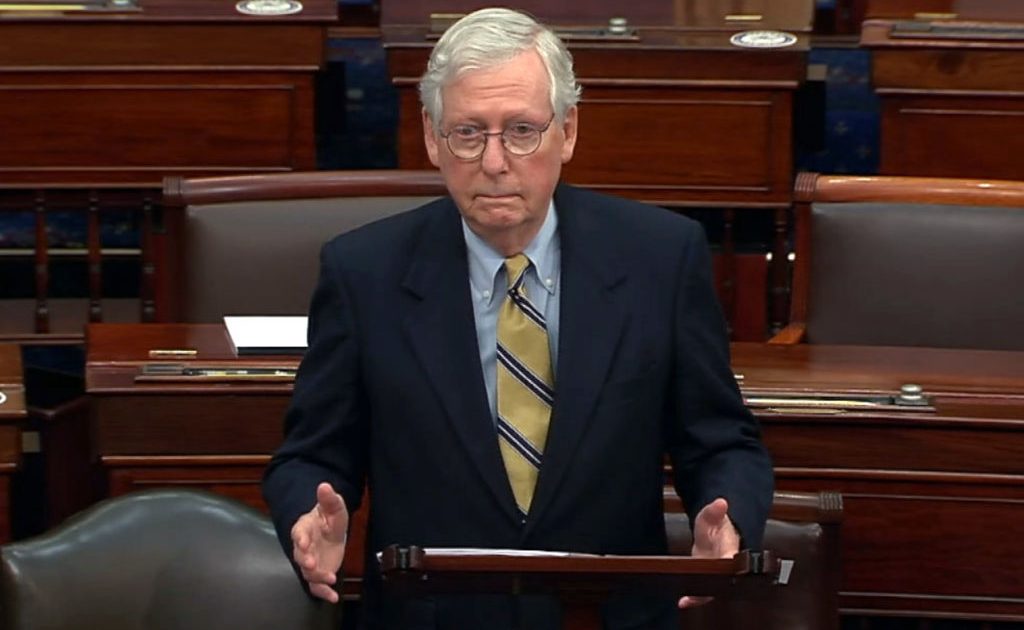 UPDATED 8:45 AM PT – Saturday, March 13, 2021
Senate Minority Leader Mitch McConnell (R-Ky.) decried Democrat efforts to pass their sweeping election bill, H.R.1. During a recent interview, McConnell said the bill is the left’s attempt to take over American elections. He stated he took issue with several provisions he believes will increase the risk of voter fraud. This includes expanding vote-by-mail systems, rolling back voter I.D. laws and same day registration.
House Democrats’ H.R. 1 is a partisan assault on elections. It directly targets political speech and would centralize control of elections in all 50 states in Washington Democrats’ hands.
A dramatic one-party power grab over the way Americans vote. pic.twitter.com/ObjBkEnobS
— Leader McConnell (@LeaderMcConnell) March 12, 2021McConnell added Democrat leaders will stop at nothing to pass the bill through Congress, including killing the filibuster.
“This is an opportunity for the Democrats to seize power in perpetuity,” McConnell noted. “And they don’t wanna miss that chance. And it’s gonna come down to whether or not we can defeat it in the Senate and whether or not Manchin and Sinema don’t allow this to be decided by simply 51 votes but rather require 60.”
In 2020, Senate Republicans led Congress to pass five historic bipartisan bills.
Because of that, the American people have been marching toward victory. Democrats just want to sprint to the front of that parade and claim the credit. https://t.co/fahYjj134x
— Leader McConnell (@LeaderMcConnell) March 12, 2021McConnell urged supporters to put pressure on key Democrat swing votes, such as Sen. Joe Manchin (D-W.Va.) and Sen. Kyrsten Sinema (D-Ariz.) to keep the filibuster. This is necessary so senators can pass an effective bipartisan voting rights bill, not just a Democrat wish list.