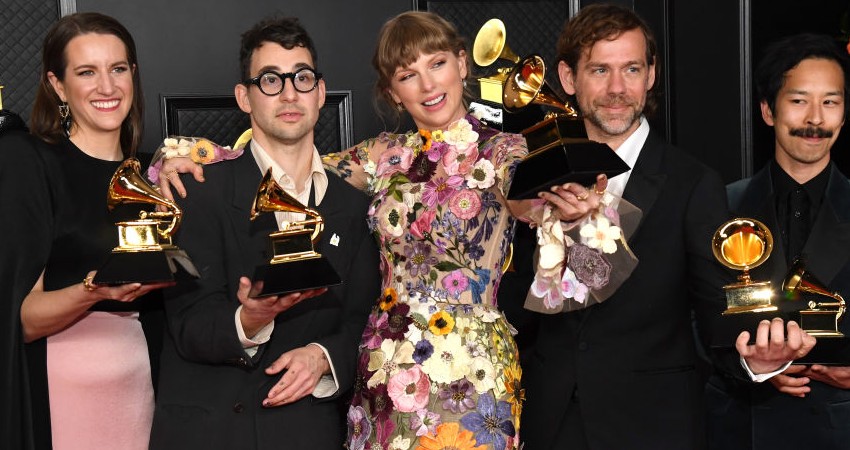 Celebrities attending last night’s Grammy awards have been blasted for ignoring the very same face mask rules that many of them endorse.
Despite Los Angeles still being under a mask mandate, attendees removed their masks to take red carpet pictures with each other.