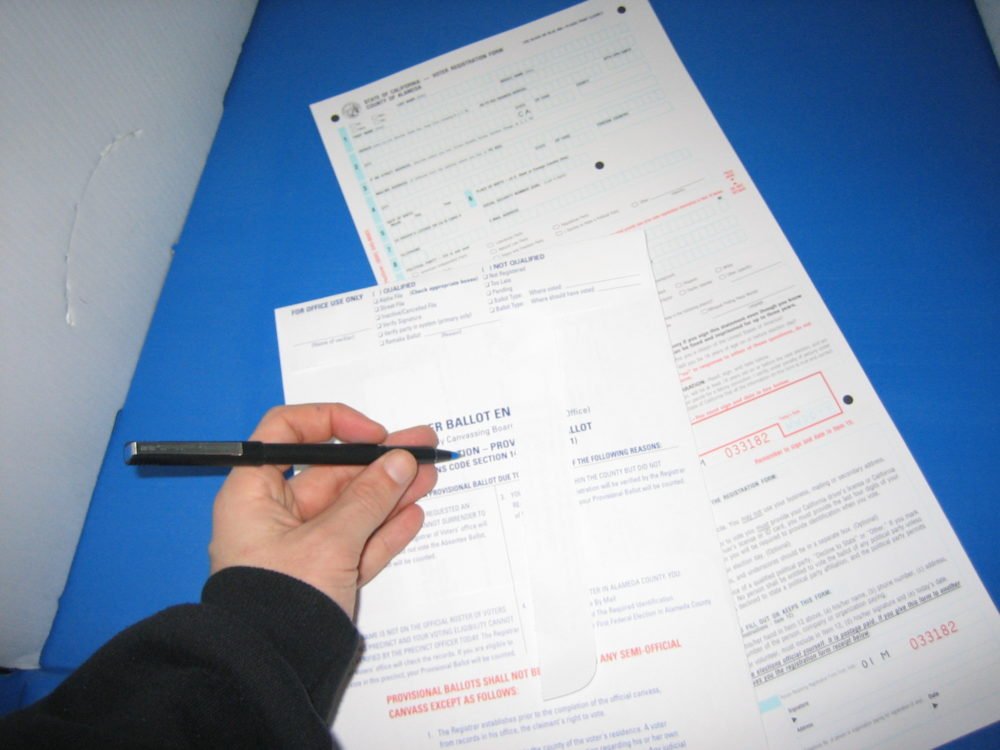 As noted by Federalist Executive Editor Joy Pullmann, the Democratic-sponsored elections bill H.R. 1 would “require states to wait ten days after election day” to accept ballots. Page 199 of the legislation states:
Nothing in this subsection shall be construed to prohibit a State from having a law that allows for counting of ballots in an election for Federal office that are received through the mail after the date that is 10 days after the date of the election.
As long as ballots are postmarked by Election Day, H.R. 1 would effectively mandate that all states accept absentee ballots within that 10-day window. But the bill takes it a step further, noting that election officials would be restricted from verifying voter identification and eligibility. H.R. 1 would ban all state voter ID laws and has an ambiguous provision criminalizing an individual from “hindering, interfering, or preventing” an individual from voting or registering.
“H.R. 1 would federalize and micromanage the election process administered by the states, imposing unnecessary, unwise, and unconstitutional mandates on the states and reversing the decentralization of the American election process—which is essential to the protection of our liberty and freedom,” The Heritage Foundation found.
It would (among other things) implement nationwide the worst changes in election rules that occurred during the 2020 election; go even further in eroding and eliminating basic security protocols that states have in place; and interfere with the ability of states and their citizens to determine the qualifications and eligibility of voters, ensure the accuracy of voter registration rolls, secure the fairness and integrity of elections, and participate and speak freely in the political process.
Prior to the 2020 presidential election, which did in fact turn into an election season, several states extended the window for the acceptance of mail-in ballots. Washington, California, Illinois, Utah, Alaska, District of Columbia, Mayland, Ohio, and North Carolina all extended the period of two-weeks or longer. Several states such as New York, New Jersey, and Pennsylvania accepted ballots about a week after Election Day.
Aside from the fact that it is odd the Democrats are trying to make Election Day last as long as possible, H.R. 1 prohibits witness notarization or signatures requirements for all absentee ballots. So, not only will ballots be allowed to keep flowing like water weeks after Americans headed to the polls, but the actual documents will need not be verified.
“We need commonsense election reform that reaffirms the authority of states to create and administer their own election laws, not blatant federal overreach,” Rep. Brian Babin, R-Texas, said in The Daily Signal last week. “We need rules that ensure all eligible voters can vote and certainty that those votes will be counted, not a road that leads to election fraud for the benefit of one political party.”
The left, as well as some flaky Republicans, continue to brand H.R. 1 as a plan “to strengthen voting rights across this country,” as described by former New Jersey Republican Gov. Christine Todd Whitman in Newsweek.
In actuality, the bill would do rather the opposite; it would lessen the voting rights of law-abiding Americans who do not have to think twice about providing something as straightforward as identification. It is a low-bar requirement for a voter to have to head to the polls on Election Day, or at least send in their absentee-ballot timely so Americans do not have to be in a suspended and unhealthy state of having to wait to learn who their president will be for weeks, if not months.
H.R. 1 will head to the Senate for consideration in the weeks ahead.
Gabe Kaminsky is an intern at The Federalist and a student at the University of Pittsburgh. His work has appeared in The Daily Wire, Townhall.com, Fox News, The Washington Times, The American Conservative, RealClearPolitics, The Washington Examiner, and other outlets. He is a participant in the Academy program at The Heritage Foundation. Follow him on Twitter @Gabe__Kaminsky
Photo AP/Wikipedia Commons
2020 presidential election 2024 Donald Trump Election Election Reforms For the People Act H.R. 1 Heritage Foundation Joe Biden New Jersey New York polls Security voting