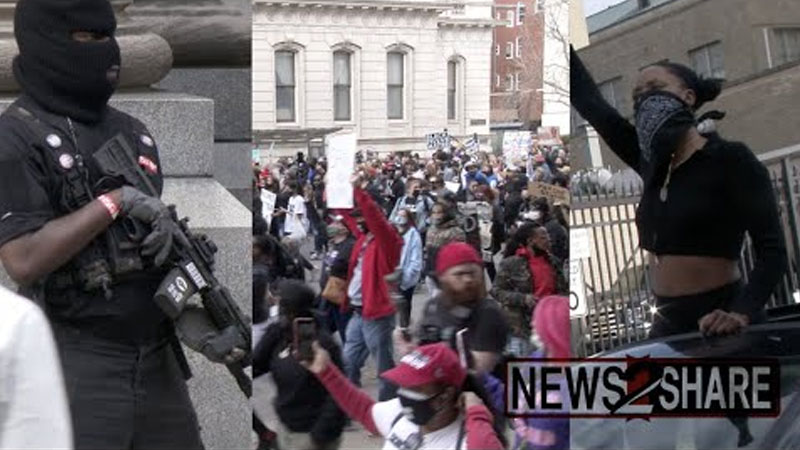 Thousands of demonstrators gathered across the country in various metro areas on Saturday to mark the first anniversary of Breonna Taylor’s death. Taylor, a 26-year-old Black woman, was killed by police on Mar. 13, 2020, when officers raided her apartment in Louisville, Kentucky. Protesters across the country demanded police reform and the end to racial injustice. While many of the protests started peaceful, as night fell, violence erupted.
On Saturday, activists and supporters assembled at Jefferson Square Park in Louisville to remember Taylor’s life. Taylor’s family joined the rally, where many called on lawmakers to hold the police officers involved in her shooting accountable for their actions. The city settled with Taylor’s family in September for $12 million – the settlement also included several police reforms.

A sizable crowd, the largest I have seen since summer, is marching through downtown Portland right now. There are other marches planned throughout the afternoon, and a mutual aid fair today as well. pic.twitter.com/UlWZ6VNEmc
— Alix Powell (@thatpowellgirl) March 13, 2021
Oregon Sen. Jeff Merkley weighed in on the demonstrations and tweeted:
“In her memory, let us strive to right historic injustices and systemic racism that plague our policing system. #SayHerName”. We remember Breonna Taylor today and every day.

Owen Shroyer guest hosts The Alex Jones Show to break down the double standard as the militant wing of the Democratic party sets fire to a federal courthouse with people inside, and no calls for the National Guard or barricades have been made by the same leftist elites crying ‘insurrection’ about the right.
Share