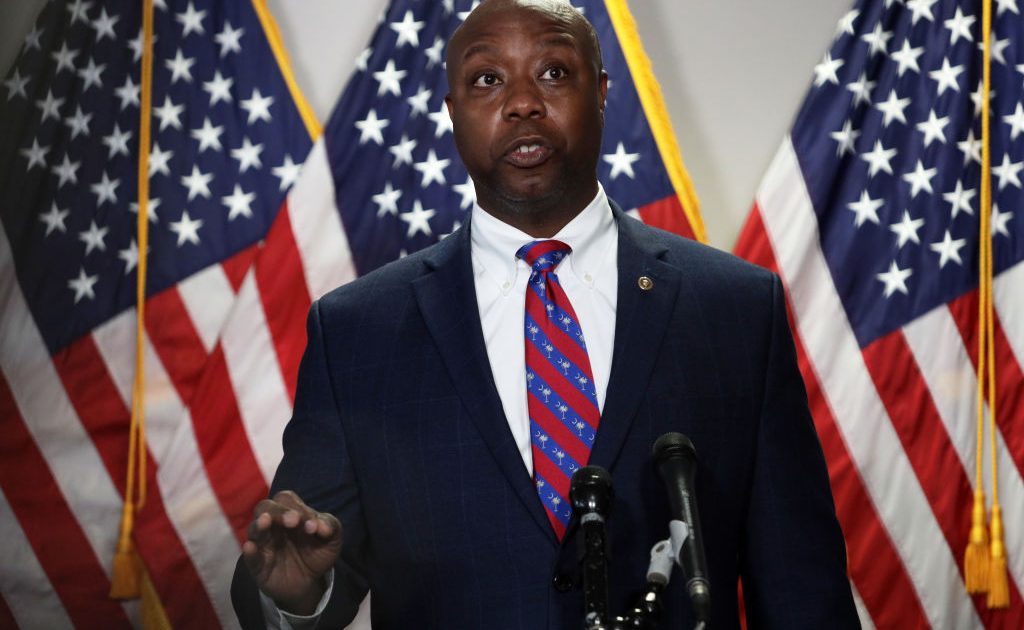 UPDATED 7:45 PM PT – Friday, March 12, 2021
Sen. Tim Scott (R-S.C.) railed against so-called “woke supremacy,” saying it’s cut from the same cloth as white supremacy.
During an interview on Friday, Scott said woke and white supremacy are designed to stoke division and hate among its supporters.
Scott claimed he and several Black Republicans have been targeted by leftist attacks for promoting different values. He also alleged woke supremacists have called his office and made threats against his life.
This came after CNN commentator Don Lemon called Scott out in a rant on his program Thursday.

“You are gaslighting people. You are giving people misinformation. What are you doing, brother? What are you doing?” Lemon asked. “You’re not helping.”
Scott said Lemon has to look inward at his side of the aisle and renounce woke supremacists and their actions.
In the meantime, Scott says he’s going to continue the conversation and work towards unifying both sides of the aisle.