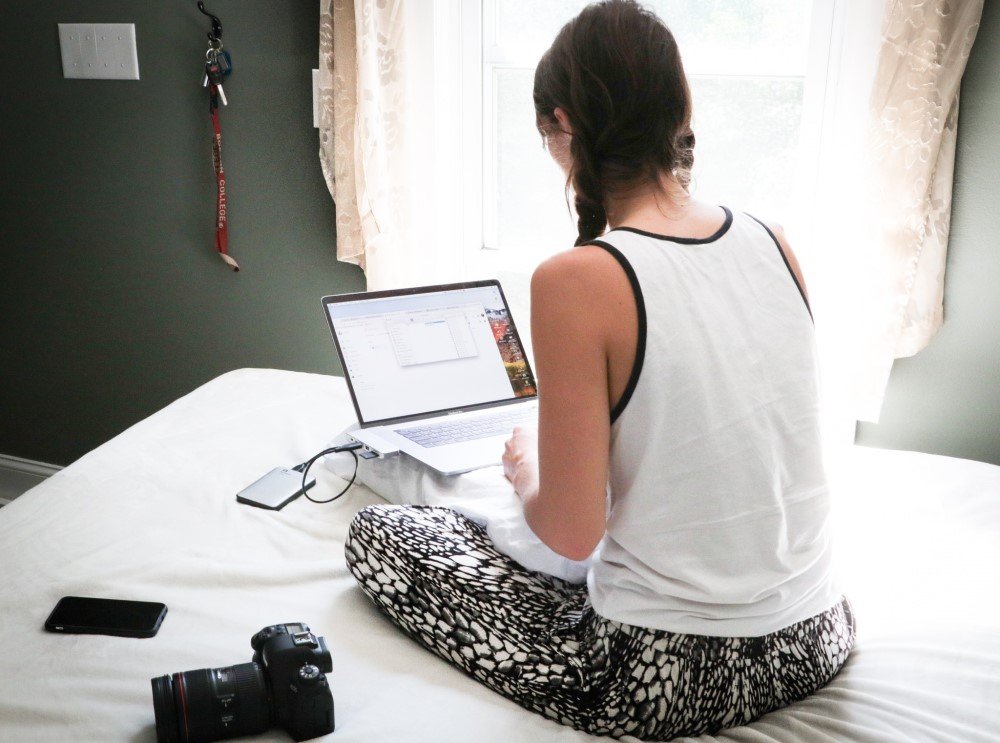 Democrats Want To Take California’s Freelance Job Destruction National The PRO Act would sharply limit who is legally allowed to work independently or as a freelance worker, destroying hundreds of thousands of jobs during a recession.
By Kelsey Bolar
But not House Speaker Nancy Pelosi. On Tuesday, she moved full steam ahead in passing the Protecting the Right to Organize (PRO) Act, a bill that would do to the entire nation what Assembly Bill 5 (AB5) did to California. By imposing the rigid, three-pronged “ABC” test in which all three conditions must be satisfied for a worker to be hired as independent contractor, the PRO Act would sharply limit who is legally allowed to work independently or as a freelance worker.
Perhaps it should come as no surprise that advocates of the federal PRO Act, including President Joe Biden, labor unions, and socialist groups, are ignoring the jobs-killing provision that garnered so much attention and backlash in the deep blue state of California. Instead, the PRO Act’s supporters are choosing to focus on its pro-union provisions, which are problematic enough.
By repealing and banning state right-to-work provisions and forcing employers to turn over workers’ private information to union organizers, the law threatens to fundamentally transform the economy and how Americans are allowed to work. Missing from Biden’s ringing endorsement of the pro-union legislation is any explanation about how a law that was unworkable for California is workable for the entire nation.
Let’s take a walk back down memory lane. In Sept. 2019, California Gov. Gavin Newsom signed AB5, which codified the ABC test as the legal test in California for determining whether a worker is properly classified as an independent contractor rather than a traditional W2 employee. Before the law even took effect, the California Trucking Association, the National Press Photographers Association, and the American Society of Journalists and Authors filed lawsuits challenging it.
Recognizing how small that number is, Vox, which ironically touted the legislation before its passage, had to cut hundreds of its California-based freelance journalists to comply with the law, and so did many other media outlets. The issues workers raised were so severe, AB5’s union-based author, Assemblywoman Lorena Gonzalez, D-San Diego, conceded there were problems and introduced a “clean up bill” that ultimately died in committee.
The measure weakened the law by granting occupations including photographers, translators, musicians, and dozens more exemptions from the ABC test, allowing them to continue operating as independent contractors. In all, some 109 categories of workers are exempted from the law.
But those 109 exemptions still weren’t enough. Gig economy employers such as Uber, Lyft, Postmates, Instacart, and DoorDash were left out of the clean-up bill, so they launched a $200 million campaign to lobby for their own special exemptions.
They came up with Proposition 22, a California ballot initiative that would grant ride-sharing and delivery providers an exemption from having to reclassify their drivers as employees. Uber and Lyft claimed they would be forced to shut down services without this relief. In November of last year, less than a year since AB5 took effect, 59 percent of California voters approved the measure.
Today in California, writers, producers, musicians, and app-based delivery drivers are the lucky ones. Hundreds of other professions that lack big microphones and millions to spend on lobbying campaigns are still stuck trying to operate under the unworkable law.
Monica Wyman, a mother and a florist, is one of them. Because of AB5, she says she is being forced to shut down her small flower business because AB5 makes it illegal for her to hire freelance workers without providing them benefits, which she can’t afford. Tough luck for the freelance mothers she employed. No more side income for them.
Granting certain industries and professions special exemptions is blatantly unfair to those without the resources to lobby for special treatment. But that’s what happened in California—and it’s what would happen on a massive scale if the PRO Act becomes law.
The gig economy encompasses a wide variety of professions, and comprises an estimated 57 million Americans, representing 35 percent of the U.S workforce. Changing the way employers are allowed to classify these workers would constitute a major disruption to American life. Seventy-five percent of freelance workers say they are working independently by choice, begging the question, who is this legislation really for?
The gig economy is particularly liberating and empowering for women who want to prioritize their role as mothers and caregivers, artists who want to pursue their passion projects on the side, and entrepreneurs who want to start something new. In exchange for traditional benefits such as health care and employment protections, the gig economy offers workers independence and flexibility. They get to decide when, with whom, and how much they work, and can supplement their regular income or earn a livelihood from independent contracting.
In endorsing the Democrat-backed legislation, President Biden said the PRO Act will help achieve “the dignity, equity, shared prosperity and common purpose the hardworking people who built this country and make it run deserve.” But there is no dignity, equity, or shared prosperity in stripping Americans of their basic right to be self-employed.
Thousands of Californians rushed to seek special exemptions from AB5 to keep their jobs, showing there’s a clear danger in bringing this policy nationwide. It’s no wonder supporters of the PRO Act would rather focus on its union provisions instead of its historic attack on independent and freelance work. The downsides of that are looming in their own backyards.
Kelsey Bolar is a contributor to The Federalist and a senior policy analyst at Independent Women’s Forum. She is also the Thursday editor of BRIGHT, a weekly newsletter for women, and the 2017 Tony Blankley Chair at The Steamboat Institute. She lives in Washington, DC, with her husband, daughter, and Australian Shepherd, Utah.
Photo http://www.1dayreview.com / Flickr
AB5 California contracting freelancing gig economy independent contracting Jobs labor labor force labor unions part time work Part-Time Jobs PRO Act Right To Work Unions work