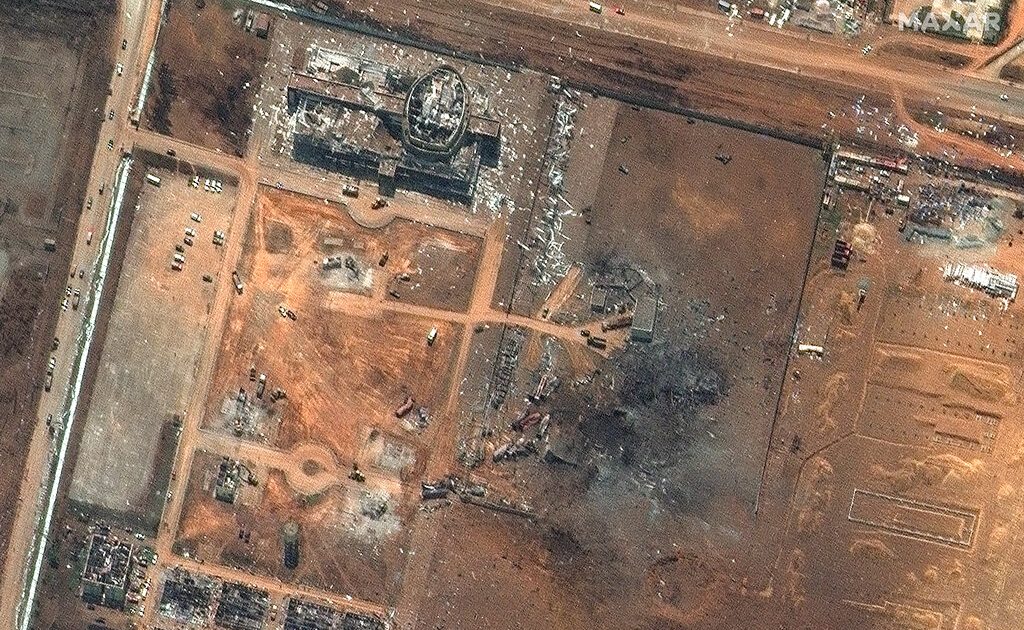 UPDATED 7:58 PM PT – Wednesday, March 10, 2021
Drone footage showed the aftermath of explosions at an Equatorial Guinea military base that left at least 98 people dead and hundreds injured. According to the U.S. Navy on Wednesday, troops will assist the community following the blasts that took place on Sunday in the port city of Bata.

The president of the Central African nation said the damage was caused by negligence and the mishandling of dynamite.
“I would definitely say, to answer your question, if people are finding ordnance, it is definitely not safe to pick ordnance up,” a U.S. Naval officer stated. “It’s unexploded ordnance. It’s very dangerous, you should definitely not be touching that ordnance.”

This handout satellite photo provided by Maxar Technologies shows a military garrison after an explosion, in Bata, Equatorial Guinea, Tuesday, March 9, 2021. The government of Equatorial Guinea says the death toll from a series of explosions at a military barracks has risen by dozens to at least 98 killed after more bodies were recovered. The blasts on Sunday in the neighborhood of Mondong Nkuantoma in the coastal city of Bata also wounded more than 600 people. (Maxar Technologies via AP)

In the meantime, authorities have continued to search for survivors in the rubble.