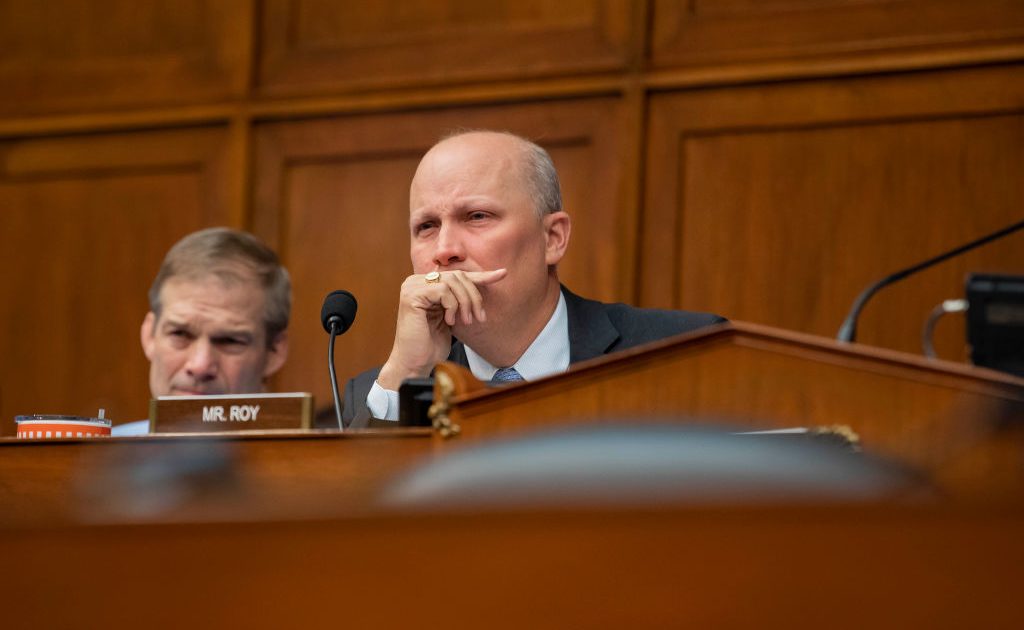 UPDATED 8:00 PM PT – Tuesday, March 9, 2021
Rep. Chip Roy (R-Texas) is among a group of House GOP lawmakers leading the charge for election reform. They’re calling on state legislatures to implement a series of changes that would ensure the voting process is safe and secure in every state.
It’s part of a push to counter a sweeping election overhaul bill passed in the House, despite little chance of getting the 60 votes needed to pass in the Senate.
“Unfortunately my Democrat colleagues in Washington, as well as the Biden administration are jamming through this ridiculous H.R.1 bill, which is really nothing more than a big, federal power grab,” Roy stated.
Roy, along with many other GOP lawmakers, warned the bill would worsen problems already plaguing our elections. That includes increasing ballot harvesting and paper mail-in ballots, while diminishing the use of voter ID requirements among other issues.
The growing calls for action by Republican lawmakers came as the Biden administration took the executive path to promote voting access.

“A landmark piece of legislation that is urgently needed to protect the right to vote and the integrity of our elections, and to repair and strengthen our democracy,” Joe Biden said.
Biden’s order directed federal agencies to expand access to voter registration and election information. It also called for time off for federal employees to vote or volunteer as poll workers.
Meanwhile, GOP lawmakers are praising states like Georgia and Texas for passing legislation that improves voter rolls, and they’re not stopping there.
“I’ve got a bill here in Washington I’m going to introduce next week I believe, hopefully maybe even late this week, to require that DHS work with states to ensure that only American citizens are voting in our elections,” Roy said.
Reforms to paper ballot usage is also at the top of the GOP agenda.
Roy said lawmakers should embrace limiting mail-in ballots to people who need them, requiring signature matching and require the use of voter ID laws.