For National Security Reasons, Let’s Keep Biden In The Basement And Off TV 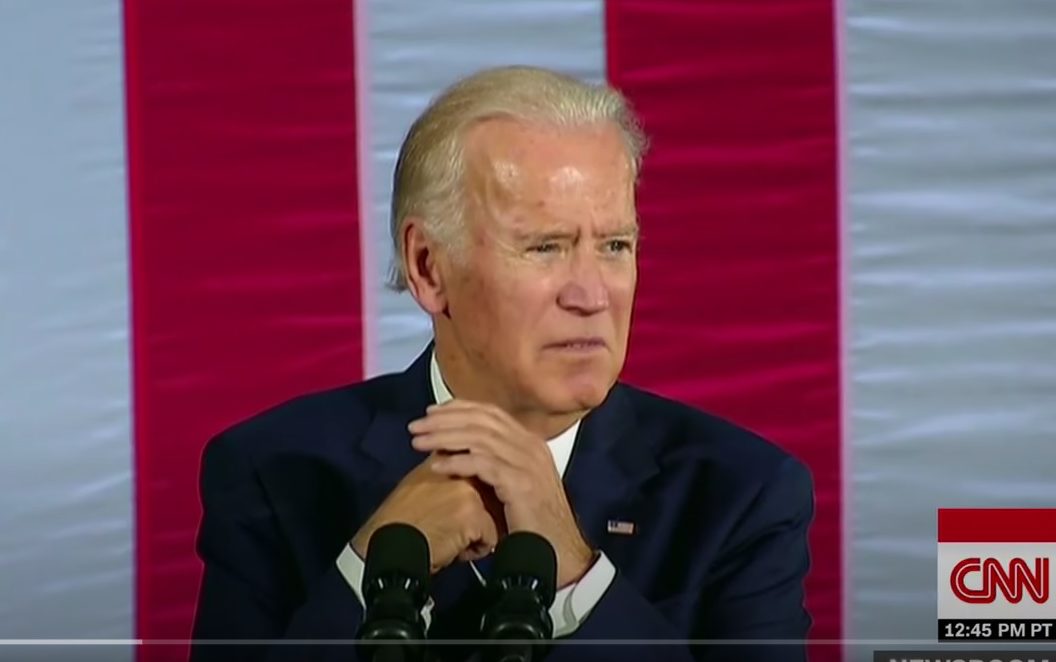 For National Security Reasons, Let’s Keep Biden In The Basement And Off TV Maybe it’s not great for us if foreign adversaries see him too much in his weakened state. Save him for when he is alert and able to handle the pressures of public speaking.
By Mollie Hemingway
His team won’t allow him to host a press conference, even knowing that the White House press team couldn’t be friendlier to the man who replaced the man who drove them crazy with rage. The septuagenarian just struggles with communication, as he did in his gloomy speech a couple of weeks ago about how many Americans died from the coronavirus, or when trying to defend his bill to bail out Democratic strongholds in the name of COVID relief:
And you’re still wondering why this guy hasn’t done a single press conference? pic.twitter.com/fEzXx3kiqq
Biden’s never been the most incandescent bulb in the political chandelier, but his more recent decline in verbal acuity has been noticeable. Tons of people struggle to pronounce words, remember information, and string sentences together, particularly as they age.
Biden, already the oldest president in U.S. history, is no exception. He forgot Merrick Garland’s name, which states he is in, that his future running mate Kamala Harris was in the Senate, and the words of the Declaration of Independence:
Joe Biden quoting the Declaration of Independence: “We hold these truths to be self-evident: all men and women created by- go- you know- you know the thing.”
The Trump campaign made a list of his gaffes and stumbles, whether it was remembering how many grandchildren he had (seven, not five), the name of the Chinese president (Xi Jinping), and the job he held after leaving the Senate (vice president), what office he was running for last year (president, not senator). Connoisseurs of his flubs have collected his greatest, and most uncomfortable, mistakes. For a while, his campaign and media supporters claimed that his problems were simply due to a stuttering problem, even though that had not been an issue during his five previous decades of political life.
It’s not surprising that the current president hasn’t been allowed to hold a press conference since he was inaugurated seven weeks ago. There seems to be no rush for him to address a joint session of Congress. And you know what? Let’s keep it that way.
Biden’s campaign from the basement worked because the media essentially ran his campaign, hiding issues that hurt him and elevating issues that hurt his opponent. People who were paying attention probably noticed that his public performances, whether debates or otherwise, were wildly erratic.
Sometimes he seemed completely focused and in control of his faculties. Other times he was flailing on stage or challenging voters to fistfights and calling them names. Sometimes he just seemed a little lost and would get support or help from his wife, Jill. She’s even helped him out in his interviews as president.
Just for national security reasons, maybe it’s best if we keep him somewhat hidden for however long he lasts as president. Maybe it’s not great for us if foreign adversaries see him too much in his weakened state. Save him for those days that are good days, where he is alert and able to handle the pressures of public speaking. Otherwise, let the Democrat establishment run things.
We’ve previously had presidents where we worried about them speaking publicly. President George W. Bush was kind of a goofy tongue-tied dude. Mostly he just mangled the English language. Barack Obama, by contrast, was a smooth talker. The problem is that frequently what he said was just wrong or tendentious.
The problem with Donald Trump was that he had no filter. There may have not been a single thought he left unexpressed or failed to share with the American public during his first term — at least until Biden’s buddies in Big Tech censored and deplatformed him and his supporters. (CNN, which frequently attempted to remove Trump from office, once tried to do so on the grounds that the political leader “repeated himself.” It will not surprise you that the great minds there have been oddly silent about Biden’s forgetfulness, lack of focus, loss of train of thought, and verbal stumbles.)
With Biden, who knows if he even knows what he’s saying. The last thing we need is for our adversaries to take advantage of how little control he has over his own faculties.
This is a president who can’t even take questions from the same press corps that asked Obama what most enchanted him about the presidency, much less the rabid and hysterical grilling Trump endured daily from an unhinged press corps. Not that he need worry about such treatment.
We can count on the media to cover for Biden and downplay the flubs, the forgetfulness, the stumbles. They’ll explain his absence from regular direct questioning.
It’s not good for the American people that the president isn’t hosting press conferences or asking questions. It’s not good that we can’t count on the White House press corps to press Biden on his administration’s radicalism, his culture war onslaught, or his struggles with handling the rigors of the presidency.
Still, maybe it’s best if we all just encourage him to stay off camera if for no other reason than our national security.
Tristan Justice contributed to this report.
Mollie Ziegler Hemingway is a senior editor at The Federalist. She is Senior Journalism Fellow at Hillsdale College and a Fox News contributor. She is the co-author of Justice on Trial: The Kavanaugh Confirmation and the Future of the Supreme Court. Follow her on Twitter at @mzhemingway
Biden administration Foreign Policy Joe Biden national security senility

Original Story: For National Security Reasons, Let’s Keep Biden In The Basement And Off TV