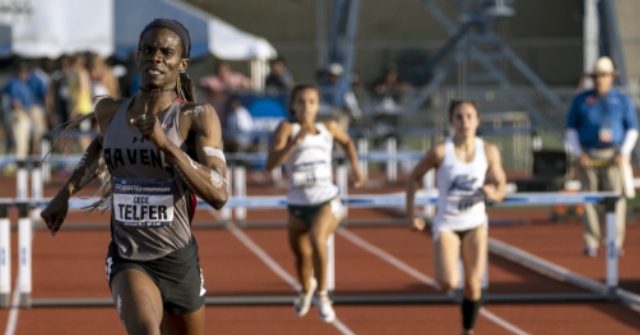 Arkansas Advances Bill Preventing Biological Males from Competing in Girls’ Sports
3 Getty Images/Rudy Gonzalez
Penny Starr
9 Mar 2021
Arkansas joins some 20 states across the country that are crafting laws designed to protect female athletes from competing against biological men who consider themselves transgender women.
Republican State Senator Missy Irvin sponsored HB 354, or the Fairness in Women’s Sports Act, which advanced after being passed out of committee on a 5-3 vote along party lines.
“It preserves the fairness in women’s sports by making sure that girls have the ability to compete on a level playing field,” Irvin said in an Arkansas Online website report.
“We should not idly wait by for a female in Arkansas to be seriously injured to do something,” Beth Stelzer, a Minnesota power-lifter and the founder of the group Save Women’s Sports, said in the same report.
Women in the #Arkansas legislature are taking a stand to protect their female athletes! Our hearing for SB 354 starts in about an hour! Link below! #SaveWomensSports #SaveGirlsSports #SexNotGender #FairPlay pic.twitter.com/QKRnNtjpR1
— Save Women’s Sports (@SaveWomensSport) March 8, 2021
The bill said, in part:
While classifications based on sex are generally disfavored, the United States Supreme Court in United States v. Virginia, 518 U.S. 515, 533 (1996), has recognized that “sex classifications may be used to compensate women for particular economic disabilities [they have] suffered, promote equal employment opportunity, [and] to advance full development of the talent and capacities of our Nation’s people” [It is] one place where sex classifications allow for the “full development of the talent and capacities of our Nation’s people” is in the context of sports and athletics.
Arkansas Online interviewed a biological woman who considers herself a transgender man about the legislation.
“This legislation relies on separation of trans youth from their peers, and as we’ve seen, isolation leads to many mental health issues, much less intentionally separates children from meaningful social relationships,” Brody Craig, an Arkansas educator, said.
The Talk Business and Politics website gave more details about how the law would work:
The bill would prohibit state government entities, licensing organizations, and athletic associations from taking adverse actions against schools that maintain separate sports based on gender. Students and schools harmed by violations would be entitled to injunctive relief and monetary damages. It would apply to public schools, private schools that play public schools, and intramural and club sports.
The bill is part of the legislative package proposed by the Republican Women Legislative Caucus.
Irvin responded to charges during the committee hearing that the bill is anti-transgender, calling it a “pro-women’s bill.”
“This bill is about girls,” Irwin said. “It’s about women, and it’s about protecting women’s rights to have a level playing field when it comes to sports and competition and athletics.”
Follow Penny Starr on Twitter or send news tips to pstarr@breitbart.com
PoliticsSocial JusticeSportsFairness in Women’s Sports ActSave Women’s SportsTransgenderTransgender Athleteswomen’s sports
.