US Will Strike Iran ‘At Time, Place of Our Choosing,’ Sec. Def. Warns 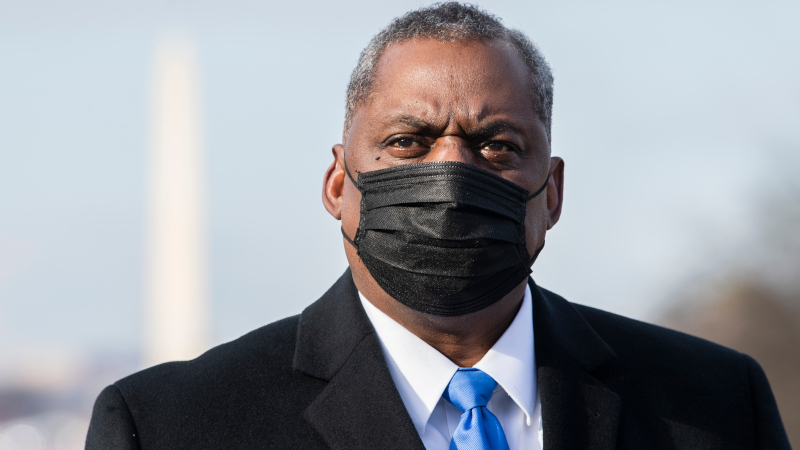 Very much akin to the events which led to the January 2020 drone strike against IRGC Quds Force chief Qassem Soleimani as well as its aftermath, we are now witnessing a rapidly escalating tit-for-tat series of attacks between US and Iran-backed forces in Iraq.
Last Wednesday the Pentagon confirmed a major attack involving at least ten rockets fired on the the Ain al-Asad airbase in Iraq’s Anbar province – where American troops are stationed.

While a US Coalition statement last week cited “no significant losses”, the AFP later reported the following death related to the security threat: “A civilian contractor with the US-led coalition in Iraq died of a heart attack during a rocket attack on the sprawling Ain al-Assad air base, Iraqi and Western security sources say.”
NEW: Defense Sec. Lloyd Austin tells @MarthaRaddatz the U.S. is still assessing who carried out recent rocket attack on base in Iraq housing U.S. troops—and that if the U.S. decides to respond, it will be “at a time and place of our own choosing.” https://t.co/dp6TAdiT33 pic.twitter.com/UPoDIhgOT1
— This Week (@ThisWeekABC) March 5, 2021
Neither the White House nor Pentagon has definitively identified who it believes was behind the attack, but international reports had immediately pointed the finger at Iran via its Iraqi proxy militias. This was especially given Biden’s own ordered airstrikes on Iranian militia positions in neighboring Syria just days before.
US Defense Secretary Lloyd Austin in an interview published on Sunday said that all eyes are on Iran. He emphasized that the US is poised to strike back “at a time and place of our own choosing.”
When asked about the latest attack, Gen. Austin said, “You can expect that we will always hold people accountable for their acts.” He explained further according to ABC:
And Austin said that as the militia’s main backers, Iran “is fully capable of assessing” and drawing its own conclusions about the intentions of the American airstrike.
“What they should draw from this again is that we’re going to defend our troops,” said Austin. “Our response will be thoughtful.”He further had some interesting statements on a foremost Iranian rival in the Persian Gulf – Saudi Arabia.
Few days after #Biden Admin. threatened #Iran , at least 10 rockets hit the Al Asad base today.
Multiple Katyusha rockets hit the Ain Assad military air base that houses Iraqi and US-led coalition forces in Iraq’s western Anbar province. https://t.co/VU0TYFnpJf pic.twitter.com/mbyOmup3ZU
— tahaakrami (@tahaakrami5) March 3, 2021
“Our president has been clear that we’ll have a different type of relationship with the Saudis going forward,” said Austin.
“It doesn’t mean that it won’t be a good relationship; I fully expect that it will be a good relationship, but it will be a bit different.”
The radical left is now openly promoting eugenics.
Share

Original Story: US Will Strike Iran ‘At Time, Place of Our Choosing,’ Sec. Def. Warns